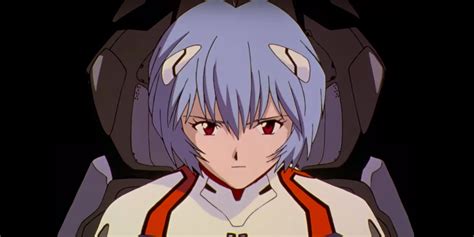 In the year 2015, a group of teenagers are called upon to save the world from a predicted apocalypse known as Third Impact. “Evangelion” throws us straight into the action with a decimated Tokyo under attack from a huge flying alien called an Angel. Shinji Ikari (Megumi Ogata) is picked up by Misato Katsuragi (Kotono Mitsuishi) and whisked away to NERV headquarters, where he meets his estranged father Gendo (Fumihiko Tachiki). Shinji his told that he must pilot a giant humanoid robot and fight the Angel to protect humanity. Along with two other pilots, the mysterious Rei Ayanami (Megumi Hayashibara) and the fiery Asuka Langley Soryu (Yuko Miyamura), Shinji is tasked with bringing down the Angels who continue to attack the NERV. The reason for these persistent attacks becomes apparent later as NERV and the shadowy Seele organisation begin discussing plans for the Human Instrumentality Project.

Writer and director Hideaki Anno will forever be remembered for this series, which changed the expectations for what anime could be. “Neon Genesis Evangelion” brings together incredible action with a story that is driven by its characters. While the impressive battles between Angels and Evas provide excitement and ramp up the tension, the real draw is the interpersonal relationships; Shinji must navigate a complex emotional environment, dealing with his father’s rejection, and the burden placed on him by Misato and others at NERV. As the show progresses the line between the external struggle against the Angels and Shinji’s internal angst becomes increasingly blurred. Shinji’s greatest enemy is his own sense of impotence and crushing anxiety, about being unable to live up to expectations and connect with others. The show alludes to Christian theology, but in a way that doesn’t require much foreknowledge of it. The supercomputers are named for the Magi, Balthazar, Caspar and Melchior; there are the Angels, mentions of the Dead Sea Scrolls, the Spear of Longinus, Adam as a progenitor of human life, and numerous shots of crucifixes. However, at heart the show is deeply rooted in mankind’s war to overcome the darker aspects of its own nature; to understand why we feel pain and help us accept our own mortality and inadequacy.

Every major character in “Evangelion” is given an interesting back story, full of mystery and tragedy, often interconnected to the others. A parental death, unrequited love, and themes of hurt stemming from human interaction are prominent themes. Most of the characters are suffering because of the actions of others, or their inability to deal with their own situation or accept it. Gendo Ikari is a prime example of the sort of grey character the show excels at. A terrible father, we later come to learn of his own tragedy, and his absolute belief in what he is doing to protect humanity and force its evolution to what he believes is a more perfect state. While he may not be likeable, by the end of the series we at least understand better why he behaves as he does. Misato Katsuragi is another fantastic example, perfectly encapsulating the idea that people wear masks depending on their situation; her heavy drinking, raucous, childlike persona at home is entirely absent when in the role of commander at NERV. Characters like Akagi (Yuriko Yamaguchi), whose backstory is only revealed late in the series, also offer an incredible depth to the drama, in creating a believable world full of well realised characters. “Evangelion” is heavily influenced by anime and films that have gone before, both kaiju and war films in particular, and features the knockabout comedy of sitcom style shows alongside the serious ‘command centre’ moments. In drawing on these elements the show appears on the surface to be only an incredibly well done animation, with all the elements (quirky characters, robot-alien battles, high-school heroes) that typify this genre. But the story it is trying to tell, one of universal and timeless significance is what sets it apart, taking in psychology, philosophy and theology in a bold narrative that tackles major questions about humanity’s future.

The ending of Evangelion received much criticism when it was first broadcast. The final two episodes seem to be a departure from what has gone before. They take place inside Shinji’s head as the Human Instrumentality Project is underway, and deal with a concept that is incredibly difficult to portray. However, if you have followed the essential themes of the show, these final two episodes are a powerful denouement as we see Shinji deal with the central dilemma he has been facing since the first episode. In short, the Human Instrumentality Project intends to merge all human conscience into a single entity. This is a concept that is hard to conceptualize and even harder to depict. While stories about the show running out of budget may be to blame for what we get in these final two episodes, they should not be shrugged off as a failure or in any way a poor end to the show. In fact, they offer something that very few anime ever attempt. If the show is about discovering what is in other people’s hearts, then this finale delivers exactly that for our protagonist. All boundaries are brought down, there is no shame, no fear, no anxiety, no prospect of suffering or war. It is a utopian vision… in a way. Shinji comes to realise that the only person he has control over is himself; and that he has the power to change his entire world by deciding how he engages with it.