This short story (a little over 100 pages) is told from the perspective of a young woman, Mikage Sakurai, and her relationship with Yuichi Tanabe. After the death of her grandmother, her last surviving relative, Mikage goes to live with Yuichi and his mother Eriko, who used to be his father before a sex-change and plastic surgery. Yuichi used to work at Mikage’s grandmother’s favourite flower shop, and has an interest in plants. Throughout the book, we see all three of these characters confronted by the loss of somebody close to them, and an examination of how humans are able to cope with bereavement and the following feelings of isolation. There is not much in the way of plot, instead the book unfolds in a realistic way, with people dying, moving house, getting jobs, having to carry on after the death of a relative. This is one of the books real strengths, in that it doesn’t over-romanticise the notion of death; it is just presented as something that happens, and, however painful it is, people have to deal with it.

The writing is evocative and poetic (but not overly-so), with many reflective passages where characters try to come to terms with what they are feeling. We are told early on that Mikage is fond of kitchens, any kind of kitchen, and we later find her working at a cookery school. This is a nice metaphor for the idea of ‘home’, and also reflects her need for something that is unchanging and reliable, in contrast to mortal humans. I think the best way to approach this book is as a long contemplation on the theme of death. It is not very long, you could finish it in a couple of hours, and it really doesn’t have much of a plot, although by the end you do feel that there is a kind of closure (even though the book stops just short of showing you any kind of ‘happy ending’). Instead it reads more like a real person’s diary might, albeit a highly literate person who is able to perfectly communicate their feelings.

This novella features similar themes of bereavement, and acts as a good companion piece to Kitchen. The story follows Satsuki, in her early twenties, whose boyfriend Hitoshi has died. Being separated from him at such an early age, when they had believed most of their lives to be ahead of them, has left her in a state of shock. Hitoshi’s brother Hiiragi has also lost his girlfriend Yumiko (in the same car accident that killed his brother). These two characters are dealing with their sadness in different ways: Satsuki by taking up jogging, Hiiragi by wearing Yumiko’s school-uniform to school. Early in the book Satsuki meets a mysterious lady Urara as she is standing on a bridge in the park, who tells her that on a certain day, at a certain time, she will show her something incredible. This character seems to have certain unnatural abilities, such as being able to ‘intuit’ phone-numbers of people she wants to contact.

This short tale captures the feelings of depression following bereavement. Yoshimoto is able to create such vivid images of her character’s surroundings and feelings, often with very few words she can paint an incredibly detailed picture. Both of these stories ‘Kitchen’ and ‘Moonlight Shadow’ will not be to everybody’s taste, as they are emotionally driven, rather than plot driven. Instead, they offer an expertly detailed portrait of characters that will be recognizable or relatable to a lot of people. 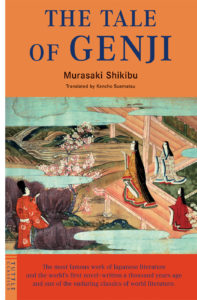