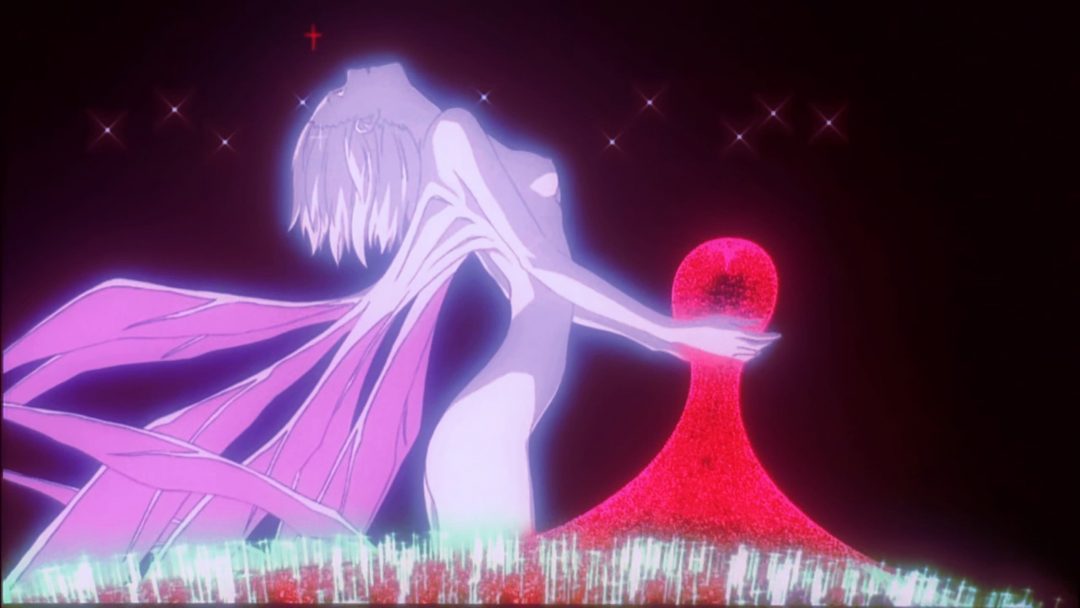 The End of Evangelion (1997) by Hideaki Anno

“The End of Evangelion” is not a standalone film, rather it is the conclusion to the “Neon Genesis Evangelion” anime series. Many fans were dissatisfied with the ending to the series, feeling that it did not deliver on the promises of what had gone before. I discussed this in my review of the series. Writer and Director Hideaki Anno and assistant director Kazuya Tsurumaki defended that ending, but also delivered this film, which covers some of the same ground as the original two episodes of the series but also gives more of the action that was a key part of the show. It is best to consider this as a companion piece to the final two episodes of the series. In fact this film is even divided into ‘Episode 25’ and ‘Episode 26’, essentially giving the same story from a second perspective. It begins with NERV having just defeated the final Angel, Kaworu Nagisa, and sees Seele order an all out attack on NERV HQ, realising too late that Gendo Ikari intends to trigger the Human Instrumentality Project with the Eva and bring about the end of humanity as we know it.

We do see several scenes that are hinted at in the end of the series, such as the fates of various characters, Akagi, Katsuragi, Gendo, Shinji, Asuka and Rei. It also does not shy away from plumbing the psychological depths of Shinji Ikari. After all, Shinji’s story has been the focus of much of the series, and it is his fate that is tied inextricably to the future of humanity. It is great to see Asuka fighting the winged Evas, and NERV HQ being assaulted, giving us a great action sequence to balance the more abstract philosophical art, something that was perhaps missing from the end of the series, which seemed to jump suddenly from Kaworu’s death to the Instrumentality Project. If nothing else it is a more traditional send off for the characters than appearing only in Shinji’s psyche. The film also takes the correct decision in showing the apocalyptic events that follow Shinji’s ascent to the heavens. There are moments and sequences that are hard to follow or understand and that is exactly as it should be. Nobody knows what would happen if humanity did harness the power of a god and attempt to rewrite its future so this is as good a representation as any. The stunning imagery of a giant spirit, the black egg, the fluorescent crucifixes, is something that defies complete exegesis, offering itself up to any number of interpretations. The film also draws together many of the themes of the show, including the mother-child relationships, the fear of death, the fate of humanity, the terror of humankinds violent nature, and the inability of people to ever truly understand one another.

This film should be watched after the “Neon Genesis Evangelion” series. It offers an incredible ending while staying true to the themes of the show.