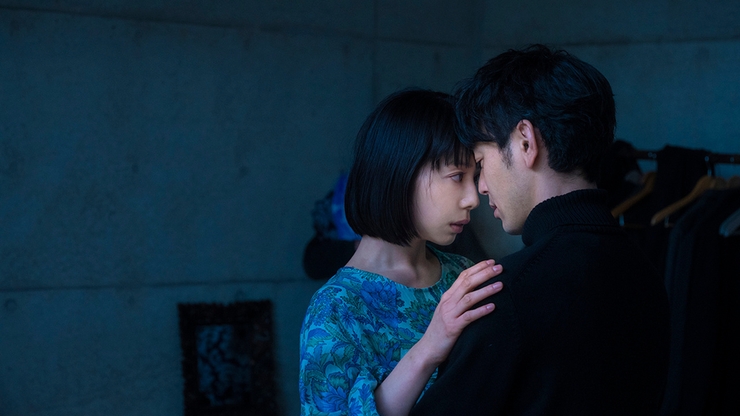 A woman stuck in a rut sees the possibility of a new life when she reconnects with an old boyfriend. Toko (Kaho) is living a simple yet unexciting life with her husband Shin (Shotaro Mamiya) and their young daughter Midori. Having given up on her career as an architect to become a wife and mother, she is now confined to housework, looking after her daughter and tending to her husband’s needs. Her mother-in-law’s presence is a constant reminder of her prescribed role in the household. A chance encounter with an old partner Kurata (Satoshi Tsumabuki) gives Toko a glimpse of a life she could have had with this man. They begin a passionate affair, awakening in Toko a hidden desire for freedom and self-fulfilment. Kurata invites her for a job interview at the architectural firm he is working for. Toko’s liberation from the role of mother and wife begins to see her question her past decisions and long for something more.

“Shape of Red”, based on the novel “Red” by Rio Shimamoto, is a film that tackles the oftentimes subtle ways in which women are held back from achieving their potential and expressing their own wills. Early in the film we see Toko collecting her daughter from nursery, performing chores at home and later a rather mundane sexual exchange with her partner Shin, in which it is clear her role is to provide pleasure for him despite receiving little in return. When she later meets Kurata and begins work at the company we see her gaining in confidence and troubled over what has become of her life. The tragic twists later in the film are devastating, but no more so than the disturbingly familiar conversations throughout that undermine Toko’s independence and make clear that she is there to support her child and husband rather than follow her own dreams. When Toko applies for a job and an eyebrow is raised over the blank space on her CV; or when her husband chastises her for not fulfilling what he sees as her duties; or the lies she is forced to tell her in-laws. All of these moments offer a deft character study of a woman who is completely trapped in the banal suburban housewife role, which is only a part of what she is as a woman.

The cinematography in the film helps bring us along on Toko’s journey of self-discovery, often keeping close to her or emphasising her perspective. The scenes inside the car, with Toko and Kurata cocooned together, make their emotional connection as tangible as their isolation from the world. The use of snow and rain to bring home the warmth of their connection as opposed to the cold outside is also a creative way to portray their relationship. The use of colour and framing also shows a flair for visual storytelling, often wordlessly expressing exactly what is going on. This is helped by an incredible central performance from Kaho as Toko, who encapsulates perfectly the anxieties and feeling of constriction and helplessness of the character. The difficulty of her choice, between Shin and Kurata, is writ large in her actions and we can feel the turmoil that she is in having to make such a decision. The performances of Satoshi Tsumabuki as Kurata, Shotaro Mamiya as Shin, and Tasuku Emoto as Kodaka, all offer excellent characterisations of men who are far from the typical villain, but nevertheless take on the role of antagonist in Toko’s quest for freedom. They offer a look at men from the female perspective, either too demanding or oppressive in the case of Shin, or too frivolous in the case of Kodaka.

The film deals with the difficulties of navigating life as a woman. Having to choose between family and career; constantly feeling belittled by men around you; and the pressure of relationships and raising children. “Shape of Red” is a film about a woman who has lost her way and is trying to discover what it is she wants from life. This is complicated by her marriage and daughter, who are tying her to her past decisions. When Toko’s mother tells her that she believes Toko has never really loved any man, it offers an interesting insight into the themes of the film. Far from being a saviour, Kurata merely offers a means of escape from her humdrum life. To use a metaphor from the film, Kurata is only showing her a window through which she can see her future. One without her overbearing husband and in which she is free. The construction of this dream house in the film, which Toko adjusts to have a large picture window, shows the construction in physical form of her ideal life, and the expanding potential of her possible futures. “Shape of Red” is a moving film with incredible performances and superb visual storytelling. A dissatisfied wife embarking on an affair is not uncommon in romantic dramas, but this film’s power is in its universality and its rallying call for women to embrace their own desires, however hard it might seem.