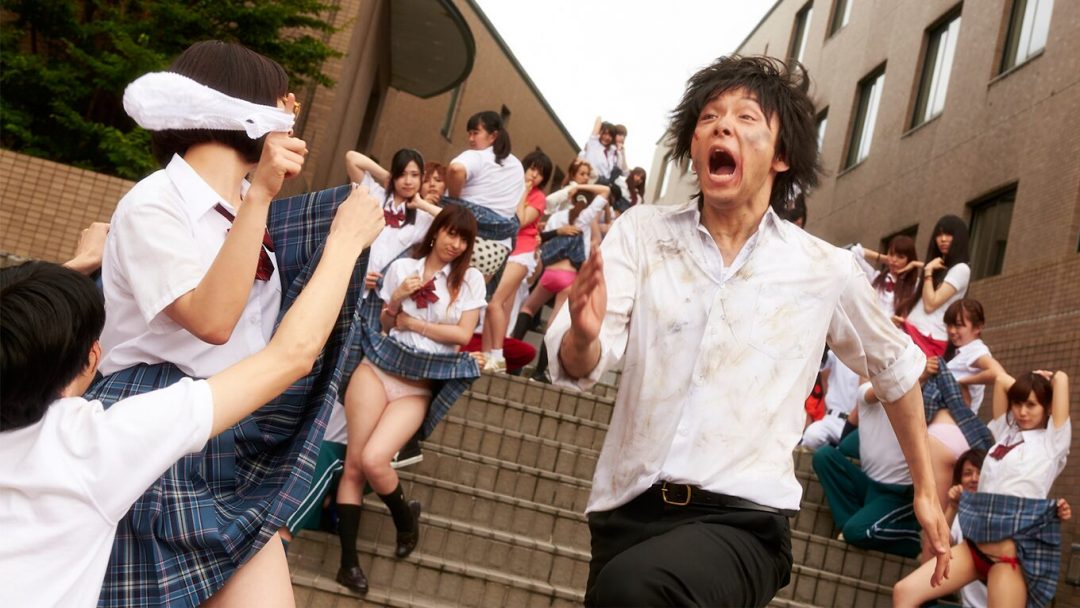 Makoto Gosuke (Tomoya Nakamura) moves to a school ruled by the female students. The girls, fed up with their strict and perverse teacher, Arashi (Alexander Otsuka), have kicked him out and taken over the school. Misaki Shizuka (Nina Endo) is the leader of this new female-led revolutionary governing order. The male students meanwhile are kept in check, repeatedly punished for their sexual desires, stripped and tied up for their apparent impertinence. Gosuke falls in love with Misaki and urges the other boys to take a stand and take back the school. When cruel teacher Arashi returns, Makoto and Misaki must put their differences aside to fight together against their common enemy.

“Yarukya Knight” is based on a manga of the same name by Nonki Miyasu. Director Katsutoshi Hirabayashi uses an active camera and off-kilter angles to create an exciting visual style. Special effects are used sparingly but to great effect to further emphasise that the film should be seen as a live-action cartoon. In particular a scene of our protagonist being thrown so forcefully into a wall that he becomes lodged there. All members of the cast do a fantastic job with their characters and have great comedy timing and performances. Particularly Tomoya Nakamura, Nina Endo and Erisa Yanagi.

A simple teen comedy that treads familiar ground of male sexual desire and female attempts to avoid it. The dynamic between the groups works well as a catalyst for much of the humour. The jokes usually land well and the premise is amusing. The sexual politics that the film portrays are simplistic and rely on stereotypical views of teen life, but this plays to the film’s strength. It creates a host of likeable characters in a tongue-in-cheek teen comedy.