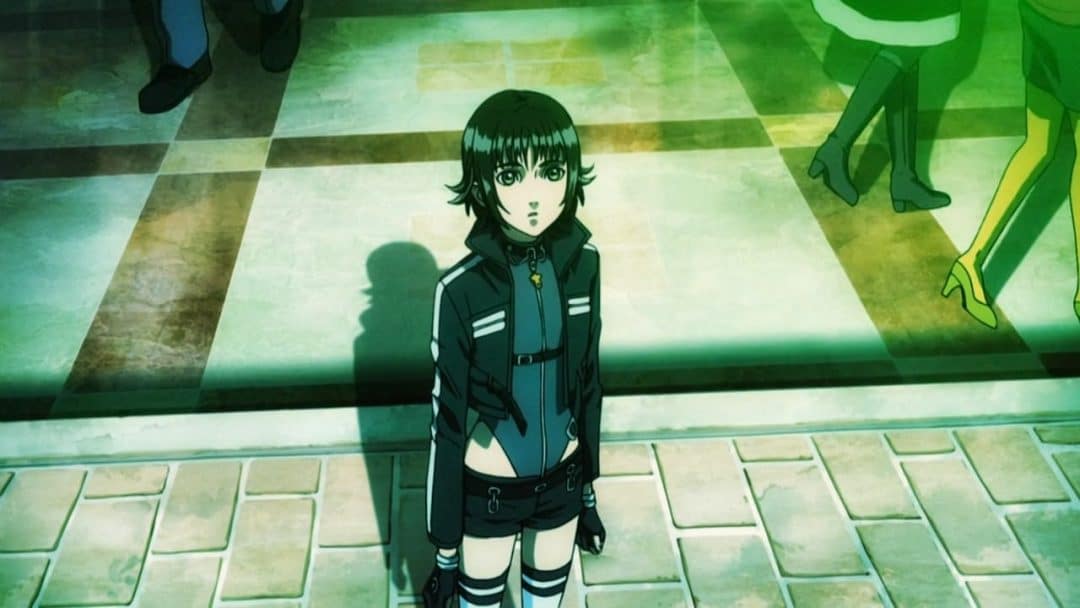 When Rune Balot (Megumi Hayashibara) is killed by gangster Shell (Kazuya Nakai) her biggest challenge is only just beginning. She is brought back from the dead as an android by Dr. Easter (Hiroki Tochi), who along with his partner Oeuf Coque (Norito Yashima), a shapeshifting entity, pleads with her to take the stand in court against her killer. Their intention is to get to the bottom of his criminal enterprise. “Mardock Scramble” is based on a novel by Tow Ubukata and the story is split into three films. “The First Compression” follows Balot as she is given a new life under the Mardock Scramble O9 Protocol. “The Second Compaction” leads her to a casino where she must gamble for the memories of women Shell has killed. “The Third Exhaust” brings the story to a thrilling conclusion as she takes on her killer.

“Mardock Scramble” follows in the footsteps of other classic cyberpunk, with its transhuman protagonist being another great role in the mould of Motoko Kusanagi (Ghost in the Shell) or Deunan Knute (Appleseed). Unlike those characters she has suffered serious trauma and the films are certainly much darker in tone than many others in what is itself an often grim genre of crime and violence. Rune is a victim of incest and sexual abuse, falling into prostitution at a young age. She has little respect for herself and has isolated herself from regular human interactions. Her relationship with Oeuf Coque is one of the best parts of the story as the two must grow to trust one another. The art and animation do a good job of creating the world and it is a shame that the films do not explore more of it. Despite having one foot firmly in cyberpunk, it definitely has its own style. The “Paradise” they visit in the second part has a unique design and the film has its own aesthetic, with Easter’s transport and other details adding a lot of texture to the world. The script balances humour with its emotional moments. The first part has some fairly wacky concepts, such as Oeuf Cocque, which could have jarred against the serious subject matter of Rune’s trauma, but they work fine. The flashes of comedy grow more infrequent towards the end and the finale packs an emotional punch.

Mardock Scramble deals with many difficult themes, including sexual assault and rape. Underlying this there is a serious question about whether violence is ever justified, in revenge or self-defence in particular. Both Rune and Shell have been victims in an earlier life and this is given as partial justification for his actions. The idea of fate plays heavily in part two and ties in with this notion. The idea of transhumanism is also explored in some depth, with Rune being able to remotely operate electrical devices, Shell having his memories stored externally, and one character being no more than a head in a cage.