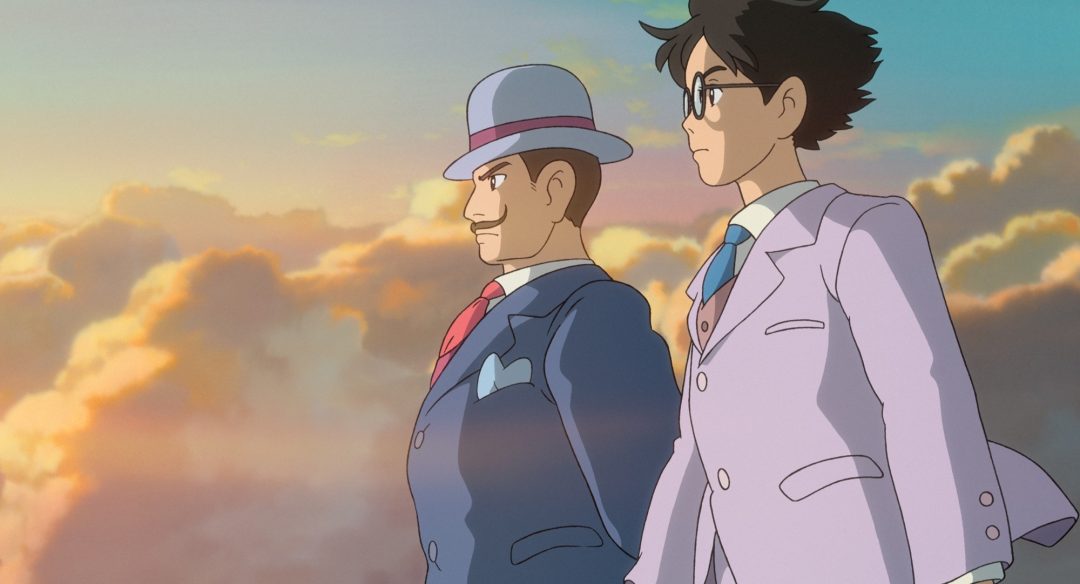 Jiro Horikoshi is a  young man with a passion for aircraft, beginning with childhood dreams of designing his own flying machines. In his dreams he is visited by Caproni, an Italian aircraft designer, who shows him the delight of being an aircraft engineer. His childhood is also marked by a devastating earthquake, during which he meets a young girl, Nahoko Satomi, whom he meets again when they are adults. Jiro’s immense talents for design and love of aircraft land him a job at Mistubishi, creating several aircraft for them, including bombers and fighters. As the 1930’s wear on, Jiro is increasingly concerned about the connection between aircraft and warfare. He hopes that one day he will be able to create beautiful aircraft that will not be used as weapons.

Hayao Miyazaki’s love of aircraft can be seen all the way back with the flying machines of Nausicaa, and “The Wind Rises” allows him to fully explore his passion. Jiro Horikoshi is portrayed as a paradigm of good, whose only wish is to create beauty in an ugly world. Less fantastical than many Ghibli works, “The Wind Rises” plays like a wartime epic whose focus is not on the war, but on the people and aircraft that populated those times. There are numerous crowd scenes that give a genuine sense of society and community. People rushing by, packed together on trains, or scrambling in terror following an earthquake. These vignettes all show a society that is variously shifted by fate in unknown ways, and the idea that the community is a whole rather than a collection of individuals. Jiro’s own life is guided heavily by fate, in particular the wind. The first example of this comes when his hat is blown off and caught by Nahoko. The film shies away from an exploration of war as seen in traditional “war” films. The characters visit Germany in the 1930’s and there is a brief glimpse of the terror that was then engulfing that country, but for the most part discussions of Nazism and Japan’s own wartime exploits go unstated (the film does end before getting into the outbreak of war). We do see Jiro’s final creation, the famed Zero fighter aircraft, as a thing of tragic beauty, appreciating it with the designer’s eyes, while the voice-over explanation that none of these planes returned from conflict offers a grim counterpoint. Where the film triumphs is in its understated message of hope against adversity. Jiro is utterly committed to designing aircraft, and shows a dedication that few will ever be lucky enough to experience. His love for Nahoko is likewise a point of motivation for him. While the world seems to be falling apart through war and natural disaster, the film expresses the importance of fixing your sights on a passion and absolutely dedicating your life to it. An exceptional film that delivers on action and emotion.