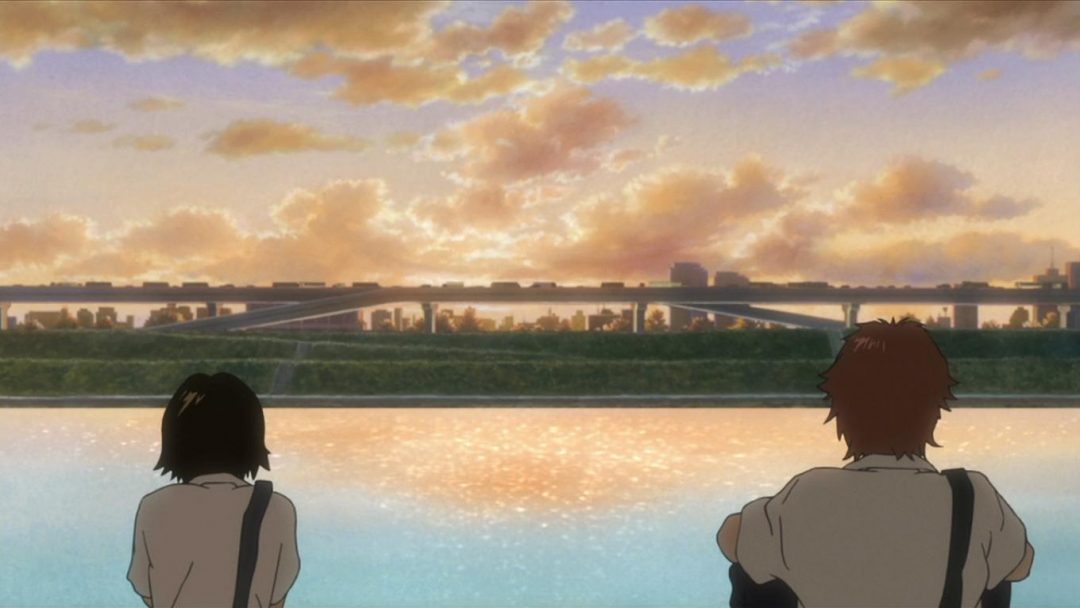 The Girl Who Leapt Through Time (2006) by Mamoru Hosoda

Makoto (Riisa Naka) is a high-school student who is often late and a little disorganized. She spends her free time hanging out with her friends Kosuke (Mitsutaka Itakura) and Chiaki (Takuya Ishida), a recent transfer student. After slipping on something in the science laboratory, Makoto finds herself with the ability to travel back through time. Able to rectify mistakes, or simply avoid difficult situations, she enjoys trying out her newfound powers. After speaking with her aunt Kazuko (Sachie Hara), Makoto begins to wonder if she should be using this ability for something more important. As well as helping out fellow students, by setting them up on dates, she also wonders about her own relationship with her friend Chiaki.

“The Girl Who Leapt Through Time” is based on a 1960’s serialized novel by Yasutaka Tsutsui that has been adapted a number of times through the decades. This film version is directed by Mamoru Hosoda, with a screenplay by Satoko Okudera. Makoto is a fantastic heroine, a tomboyish figure who encapsulates a teenage energy, whether irritated by her sister eating her pudding, or confused by her own feelings for Chiaki. Her peculiarities help her feel like a real character, as opposed to a simple archetype. The animation is expressive and action-packed, including small moments of movement that capture a sense of realism. Also impressive are the background details, particularly in the crowd scenes of the town or Makoto’s school that give the feel of a lived-in world. This also makes the scenes when time is frozen later in the film more powerful, with a sudden realization that everything has stopped. Seeing birds hanging in the air, or ball games locked in time is surprisingly effective in comparison with the lively scenes that precede it. The story is relatively straightforward as a high-school romantic comedy, but does include a few twists with the inclusion of time-travel. There are moments that are best not to consider too deeply, as with many paradoxes thrown up by the notion of time-travel, but they work within the fantasy nature of the film.

In the latter half of the film the story takes on a more contemplative aspect, with time itself becoming a central figure, one which warps and changes the world. We learn that Chiaki is from a future where a particular painting no longer exists, and he also makes reference to there being far more people in the present world than the future. A slightly worrying statement that is not expanded on. We also see two moments when characters who would have died are given a second chance through time-travel. “The Girl Who Leapt Through Time” shows off the fun ‘what if’, but also brings us back to a consideration of what it means to be unable to return to former situations or change time (a reality Makoto must finally return to). We must learn to live with our mistakes, to seize the moment when it comes to romantic relationships, or friendships, in short to live without do-overs. The film ends on a bittersweet note that underlines the fact that it is about more than the comedy and romance, that it has a real message for the audience of grasping the present and setting yourself hopefully towards the future.