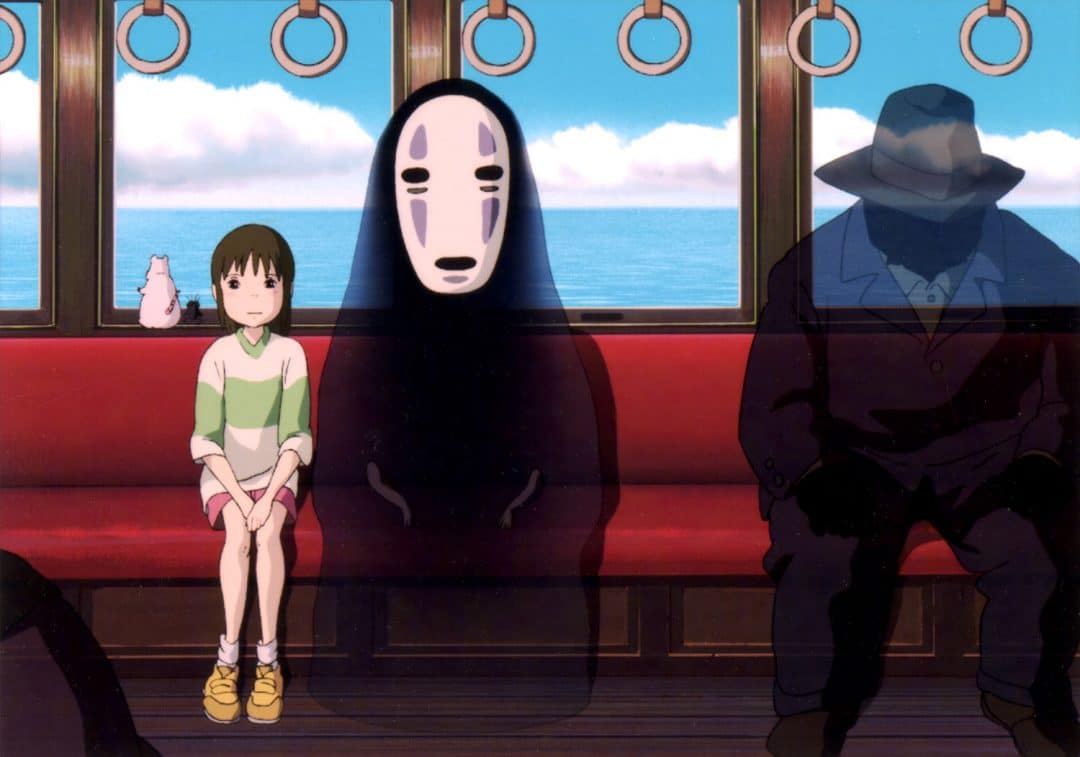 Spirited Away (2001) by Hayao Miyazaki

The film begins with a young girl, Chihiro, moving house with her parents. Just before arriving at their new home, they come across a mysterious forest track, and at the end of the track, a wall with a passageway leading on into the darkness. Chihiro, at first wary, is forced to follow her parents through into what turns out to be an abandoned theme park. Things soon take an dark and unusual turn when her parents, gorging themselves on food lay out on an unattended stall, turn into pigs. What follows is a magical and spectacular adventure, full of dragons, witches, strange creatures and unforgettable characters, such as ‘No-Face’ and various nature spirits.

The film is a great ride from start to finish, following an odd dream logic that keeps your attention as it moves from one unusual character or scenario to the next. In spite of the dreamlike and fantastical nature of this other world, it is made to feel entirely real. The animation is fantastic, with every scene showing incredible attention to detail – from moss and flowers growing in the crevices of stones, to all the many signs on the spirit world streets. The scenes inside the bath-house are a particular delight, with so many characters bustling around, you are sure to want to watch again to make sure you haven’t missed any little expression or moment. The score by Joe Hisaishi is similarly brilliant, capturing the mood of the film perfectly, not an easy task as it drifts from whimsy to melancholy, from action-packed to thoughtful reflection. The story is constantly twisting and turning, and the unexpected nature of this world means that there are constantly new surprises.

At heart a coming-of-age story as Chihiro, who is moving house in her real life, is forced to cope with a strange new world, full of bizarre and often dangerous experiences. Woven through this is a message of environmentalism, with the spirits representing a natural world that is slowly being destroyed, or at least ‘stressed’ by modernity. Without over-emphasising the point it offers a poignant reminder of the importance of protecting our world. A fantastic film with incredible animation and a great message.