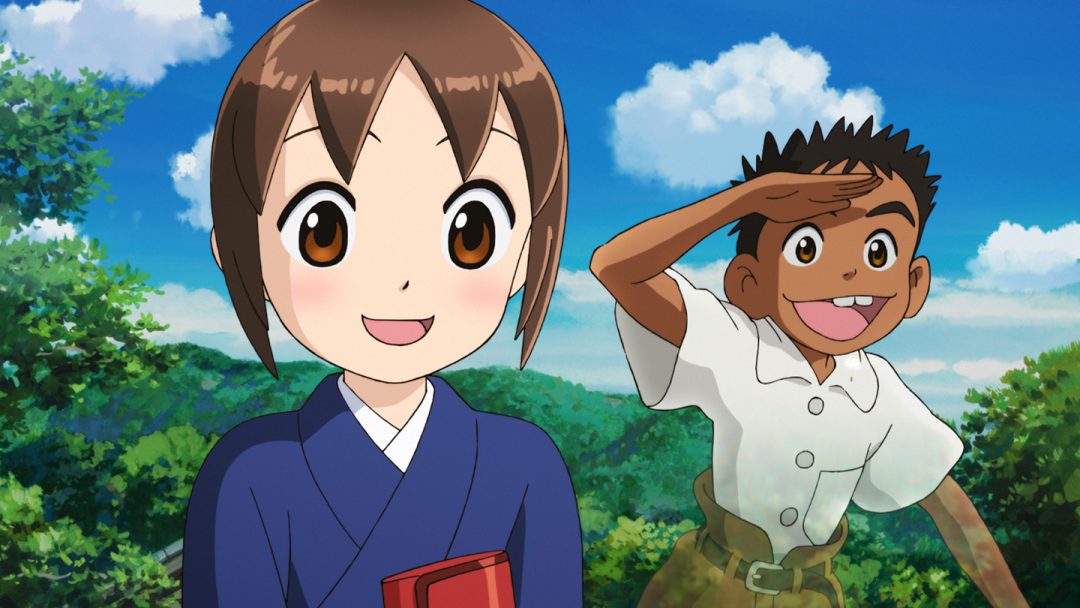 After her parents die in a car accident, the newly orphaned Oriko (Seiran Kobayashi), nicknamed Okko, goes to live with her grandmother Mineko (Harumi Ichiryusai) who runs a traditional inn with onsen. The inn is a place that welcomes all visitors and is said to help restore its guests. Okko soon finds herself working as a junior innkeeper, tending to guests needs and performing all the chores. But this inn is far from ordinary, as Okko discovers a ghost Uri-bo (Satsumi Matsuda) on her arrival, a former friend of her grandmother. Along with Uri-bo, a demon named Suzuki (Etsuko Tajima) and the inn’s guests, Okko comes to terms with her loss and learns several valuable life lessons.

Based on a novel by Hiroko Reijo with a script by Reiko Yoshida, “Okko’s Inn” is an enjoyable film that manages to create a light tone that does not undermine the tragic themes. Okko is a supremely likeable character, polite and hardworking with a sense of duty to her grandmother and the inn. It is a simply story but packed with lively characters, from the ghosts to Okko’s haughty classmate, Matsuki (Nana Mizuki), nicknamed Pink Frilly, whose family run a rival inn. Director Kitaro Kosaka’s bright colourful animation gives the impression of a world that is bursting with life. There are fantastic depictions of Japanese culture and tradition, from the paper fish used at the boy’s festival, to the splashing waters of the onsen, and mouthwatering traditional food.

A coming-of-age story that draws you in from the opening moments. There is a tension throughout as Okko seems to adapt easily to life at the inn and without her parents, but there is always the knowledge that this is a trauma she will need to deal with in time. She is thrown into work at the inn which helps her avoid confronting the sadness over her parents’ untimely deaths. The fantasy elements help to soften the message, allowing children, through the characters of the ghosts and demons, an understandable way to deal with the concept of death. The film does a great job with its themes of growth, acceptance and forgiveness. There is also a secondary theme of tradition and how this can give strength through an understanding of our place as part of a much larger world. Okko learns to engage with Matsuki as they work towards performing at the local festival, highlighting the benefits of co-operation over competition. Through finding a surrogate family, Okko is able to deal with her loss and accept her parents absence. A stunning animation that manages to balance serious themes with a relaxing and enjoyable atmosphere, bringing to life a world that is brimming with excitement and a sense of wonder.