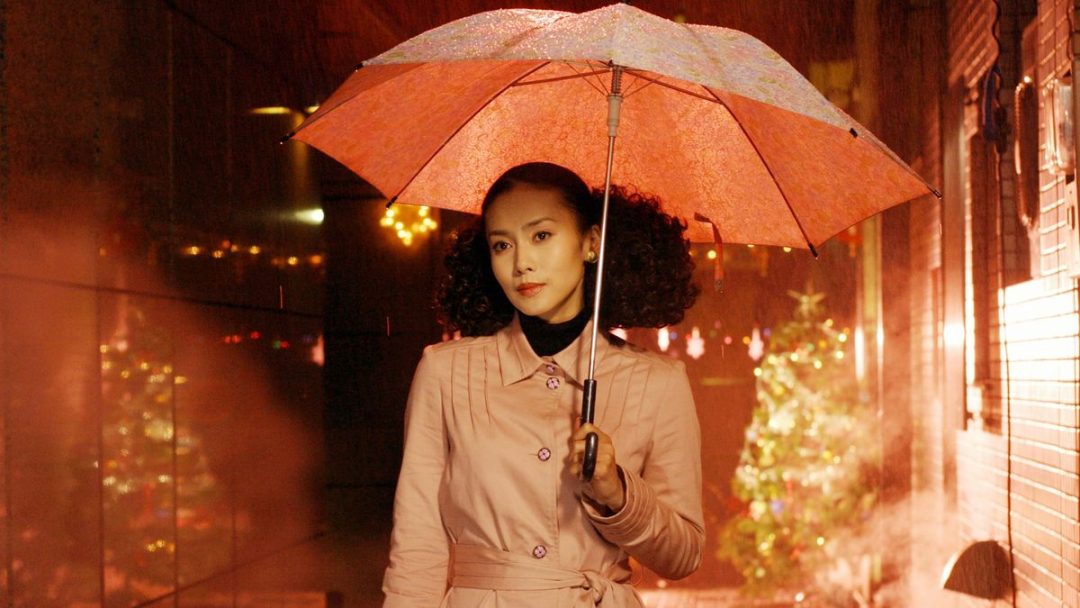 Memories of Matsuko (2006) by Tetsuya Nakashima

Sho (Eita) is something of a dropout, having moved to Tokyo to be a musician, he is stuck in a rut. His father (Teruyuki Kagawa), who he hasn’t seen for two years, arrives to tell him that his aunt, Matsuko (Miki Nakatani), has died. Matsuko was apparently murdered in a park. Sho arrives at her apartment to clear out and is met by her neighbour who tells him Matsuko was disliked by those around her, with poor hygiene and odd behaviours, including screaming for no apparent reason. Sho is intrigued by his aunt’s story and so begins a journey of discovery as we are whisked back in time to follow the young Matsuko through several decades of her life. Beginning as a child competing for her father’s affections with her ailing sister; then a short-lived career as a teacher; Matsuko goes through a number of violent relationships, always searching for happiness and a sense of belonging.

“Memories of Matsuko” is artistic, vibrant, and exuberant, blending elements of fantasy and musical sequences with moments of brutal realism. The plot is cleverly constructed, with flashback sequences and the wraparound story of Matsuko’s nephew delving into his aunt’s chequered past. It never loses momentum and the two elements work well together. The film will often have characters describe something that happened, and then go back to show it, creating an expectation of upcoming events. Far from undermining the tension, after all the audience knows from the beginning Matsuko’s fate, it heightens a feeling of tragic inevitability. Miki Nakatani’s performance is exceptional, a complex character dealing with trauma and tragedy. The direction is frantic, flashing imagery and bright, varicoloured sets, blinding lights glinting through windows. The opening sequence and the massage parlour musical number are an assault on the senses and there is always the feeling that you are being shown Matsuko’s own view of particular moments in her life, part real-life and part coloured by her emotions. The set design of filthy, rubbish strewn apartments, the digitally enhanced fantasy funfair, are superb in creating a visceral, impactful sense of the psychological made manifest. Part of the film’s brilliance is being able to move seamlessly between various tones. There are dark themes of domestic abuse and parental neglect, alongside comedic scenes and moments of transcendental joy and hope.

This film is a masterclass in film-making, creating a truly unique experience that is engaging from beginning to end. As Sho delves further into his aunt’s colourful and atypical life, he learns what it is to live and to love. Matsuko seems to be a victim of fate, moving from one abusive relationship to the next, and seeing any happiness she finds snatched away from her. There are references to Dazai Osamu, famous author and suicide, that connect to the central themes of struggling to find a meaning or purpose for life, while being on a self-destructive path. This is counterbalanced by the religious notions, most notably embodied by the character who carries around a Bible and is obsessed with the phrase “God is love”, that seems to offer a more hopeful outlook for humanity. It is hard to break down everything in the film as it is so packed with incidence, touching on societal issues such as the sex industry, patriarchy and male violence, faith, mental health, relationships, family, and the nature of memory. An incredible experience that utilises the art of cinema to tell a compelling film packed with raw emotion.