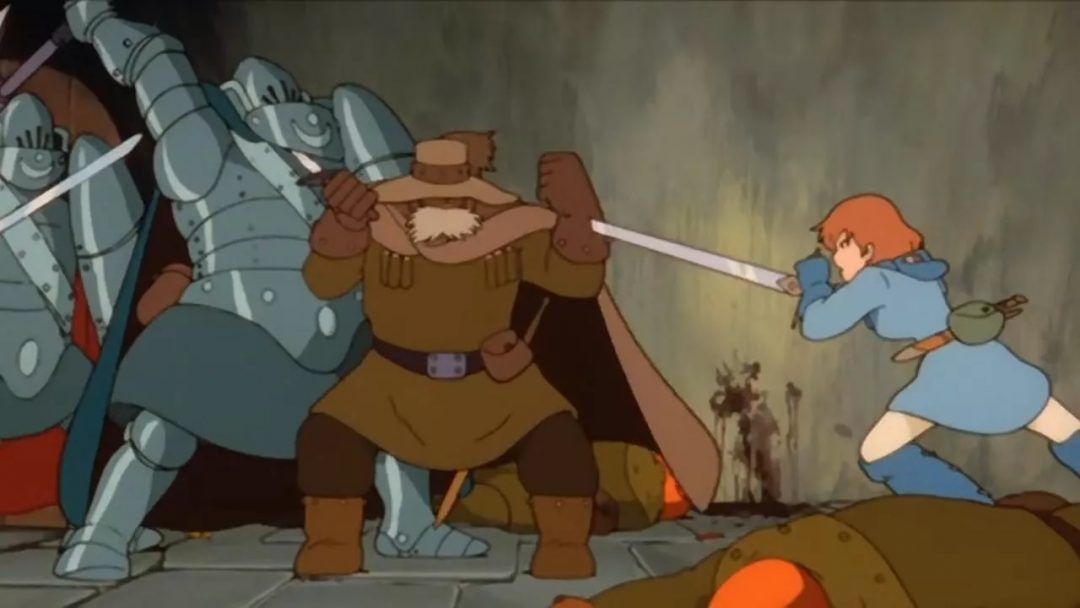 Nausicaa of the Valley of the Wind (1984) by Hayao Miyazaki

The earth has suffered a devastating ecological catastrophe that has destroyed most of humanity. Humans live in small communities, suffering the ravages of war and starvation. Much of the planet is taken over by a poisonous forest populated with various insects including the mammoth molluscs known as Ohms. Nausicaa is a princess from the Valley of the Wind, a peaceful community living in one of the last safe havens. When a military airship from Tolmekia crashes in their valley, Nausicaa finds a young girl who has been held prisoner, who tells her to destroy the ship’s cargo. The Tolmekian’s intend to use the deadly weapon-like monster aboard to destroy the poisoned forests and the Ohms so that they can live in peace. However, things are not as simple as they seem, as Nausicaa discovers that it is not the forest that is poisoned, but the earth, and destroying the trees and insects would lead to almost certain annihilation for all people.

Nausicaa is an action-packed film with a  strong ecological message. It is interesting to see a post-apocalyptic setting based on an environmental disaster, showing both the dangers of war and climate change. The environments are incredibly well realised, with the ecology of the forests, poisonous spores, the various creatures that now inhabit the earth, the deserts and the human societies creating a rich background for the story. The film brings in several elements to its design, including medieval style armour, tanks and rifles from various periods throughout history. This highlights the timeless quality of styles in the narrative too as the story is a traditional romantic epic, complete with a prophesied hero, a princess, knights and pitched battles; while the themes are modern, hinting at the destruction of the environment through mechanisation. The artwork and design of everything from the costumes to the creatures shows clear thought to the practicalities of their situation and their evolution through time. The animation creates a great sense of scale, particularly in the shots of the valley and the vast marauding hordes of Ohm. There are also several fantastic action sequences, showcasing Miyazaki’s love of flying machines and air combat.

Environmental concerns are at the heart of what Nausicaa is about. The realisation that it is humans who have brought themselves to the bring of extinction is poignant and thought-provoking. The message that we must learn to live with the other animals on the planet, to embrace the natural world rather than attempting to destroy it is a powerful message. The film does not shy away from confronting us with the difficult truth that such a cataclysmic future is possible. The dwarfing of humans by the giant Ohm suggests that humans are of little importance in the grand scheme of things. If we were to make the world inhospitable, it is possible that other creatures would survive and become dominant. The film is also pessimistic about a human response to such a disaster, showing the human societies still warring and coveting resources despite their imminent extinction. A timeless story and an important message for every generation, “Nausicaa” is also a thrilling fantasy adventure with a superbly depicted post-apocalyptic world.