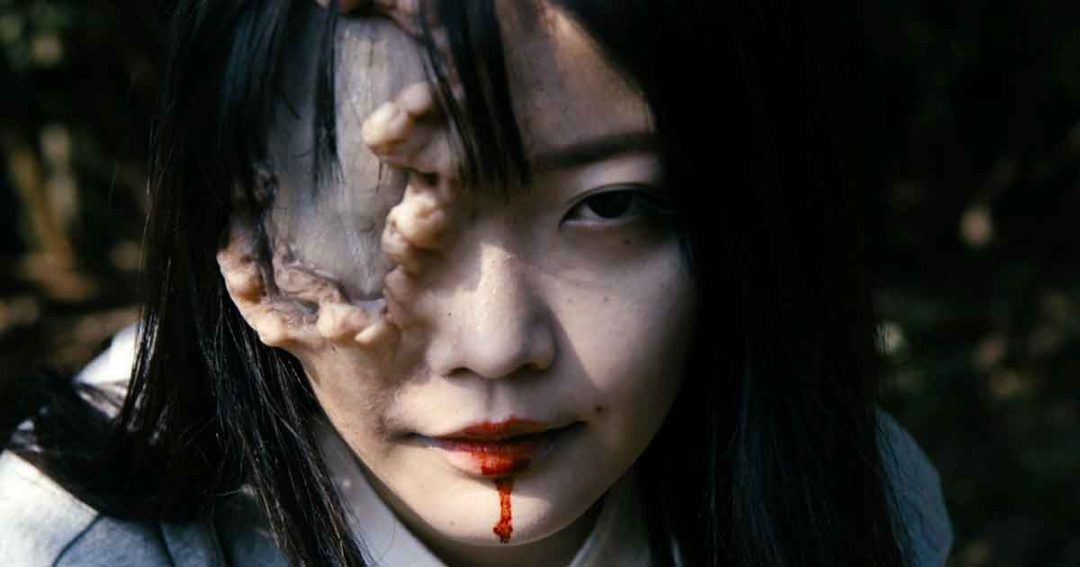 A group of art students begin to notice strange occurrences at their rural studio. After working with sculpting clay dug up nearby they begin to be attacked by the clay, which takes on various forms. It seems to have a craving for blood grows stronger with each victim it devours.

“Vampire Clay” has a small cast and is set almost entirely in the single location of the art studio. The lack of complexity in the story is more than made up for with the creativity of the concept and the numerous opportunities it affords for shocking body horror moments. The use of physical effects, sculpted monsters, blood and gore, are well done. The film is tongue-in-cheek and unlikely to prove scary to those familiar with the genre, although there are a couple of moments that are either creepy or unpleasant enough to send a shiver down your spine. The film is helped enormously by some expert direction by Soichi Umezawa. There is a clear understanding of horror tropes, with lingering shots managing to build tension despite showing very little. The film tips over from creeping terror into outrageous special-effects-led monster movie at times, before going completely overboard in its final moments, and it is fun to see a creative team that clearly did not feel restrained by their budget. The cast are a mixed bag, but the central performances are engaging. With any film of this type, you are aware early on you are going to lose a high percentage of them by the end. The story is well told when we finally reach the exposition scenes intended to explain away the phenomenon. It gives just enough information to tie things together without burdening the film with an unnecessarily complex reasoning. The score is effective in setting the tone, with everything from operatic vocal wailing to an industrial soundtrack of synthesizers and clanging pipes. Not to mention the occasional jazz style songs that play somewhat unexpectedly at times.

A fairly standard supernatural horror story that is far better than it has any right to be. Great use of practical effects, editing and music, combine to produce something that is highly entertaining. The film actually finds time for character moments and there is a subplot running throughout regarding the artist’s endeavors to get into prestigious art schools. This theme of jealous revenge is not fully expanded on but it doesn’t really matter. A silly B-movie horror that showcases the creativity of the team behind it.