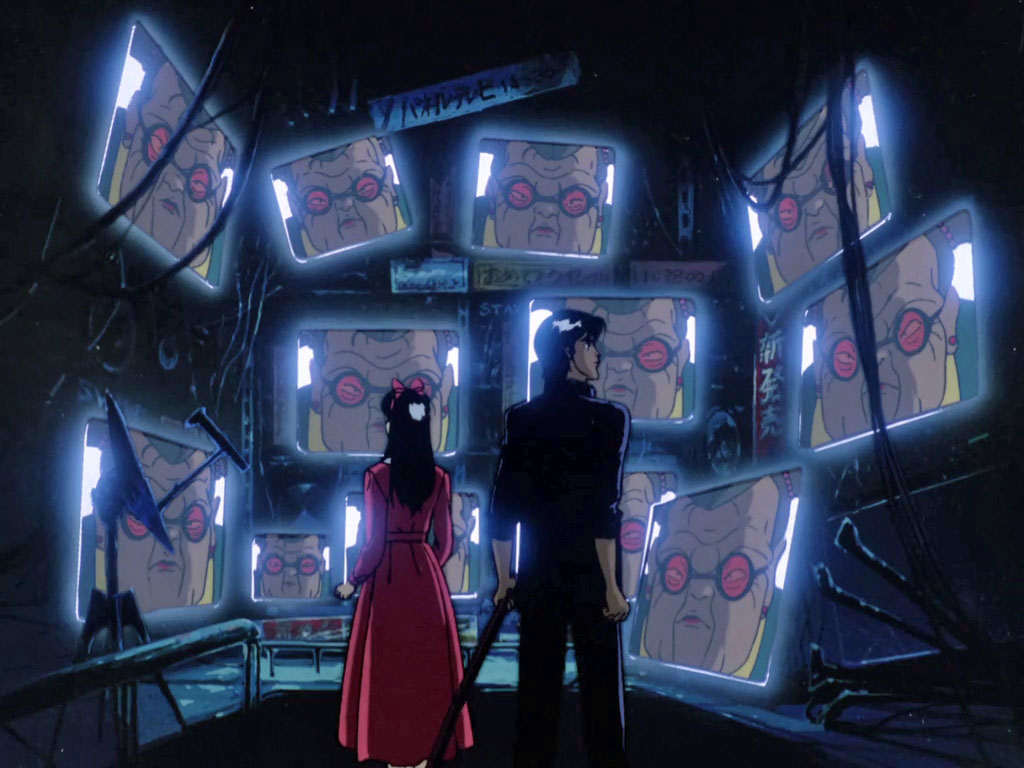 Following a cataclysmic battle with the demon Rebi Ra (Kiyoshi Kobayashi), warrior Genichiro (Banjo Ginga) is defeated and an earthquake separates Shinjuku from the rest of the world. It becomes a place infested with monsters, abandoned by humans, and largely forgotten. Ten years later, Genichiro’s son, Kyoya Izayoi (Hideyuki Hori) is called upon to challenge the demon. The President of the Federation’s daughter Sayaka Rama (Hiromi Tsuru) enters the city and the two must fight their way to the heart of it, meeting friends and foes along the way.

“Demon City Shinjuku” is based on a 1982 novel by Hideyuki Kikuchi. The film, directed by Yoshiaki Kawajiri, is replete with monsters and martial arts, while the story is a typical fantasy narrative. Our main character is a wise-cracking playboy prompted to his quest by a spirit guide, he falls for the beautiful princess and they set out to defeat a dark lord. The story is rarely surprising, but on the plus side it is never pretentious. The designs of the demons are good for the most part and the horror elements are well done. Likewise, the deserted city of Shinjuku is atmospheric. The soundtrack is packed with amped up electronica to compliment the action and the headache inducing strobe lighting effects similarly are in keeping with the frenetic pace of the film.

The film ends with a reference to the myth of Pandora’s Box but this is as deep as the film gets. The character of Sayaka overcomes several obstacles through love and purity, in contrast to the horrors of the monster world. An interesting subtext, but one that the film never expands upon. Despite a lack of character depth or surprises in the story, the film works as a cheesy action flick with a couple of good one-liners, some exciting fight scenes, interesting monster design work and solid animation. If you’re feeling nostalgic for the 1980’s or looking for something that is engaging without being overly taxing, then this could be the film for you.