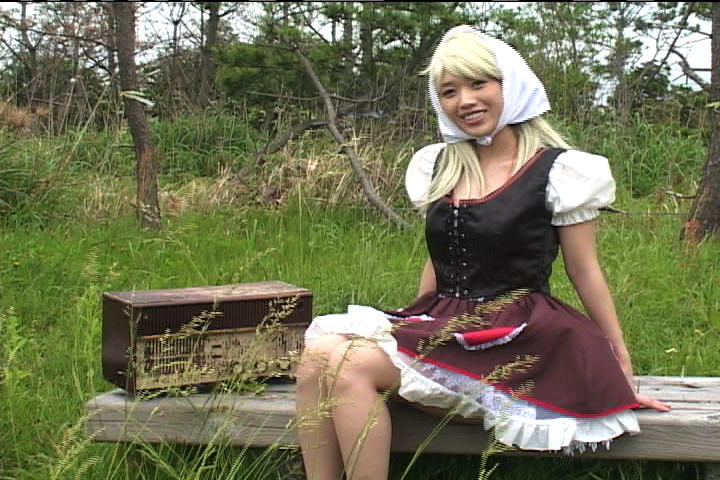 While playing volleyball, a group of three female officers see a man spying on them. After running him down they find a memory stick containing information about a nuclear bomb threat. The group are joined by a CIA operative who arrives and the four of them must go undercover. They sign-up for an international volleyball tournament alongside Chinese, Indian and Russian teams. The Chinese competitors, under the auspices of the mysterious “Black Sun”, are planning to destroy the world and it is up to the Japanese to stop them.

“Beach Volleyball Detectives” is a film that has a concept that could absolutely have worked in the right hands. The farcical plot and blend of low-brow titillation and slapstick humour do provide a few good moments, but on the whole they are undermined by the poor production quality. The locations in Chiba are hardly fitting for the sexy tone the film is trying to establish and the sets are usually no more than empty rooms dressed with a few posters and props. In a film such as this a silly and unbelievable plot and wooden acting is hardly a significant drawback, but the film never reaches that critical mass of humour or outrageousness, often being bland and uncreative. The actresses are there to look good and little else. There are jokes about Chinese, Russian and Indian stereotypes that again suffer from poor execution. It feels as though little effort was put into anything beyond the basic premise, which makes it remarkable they managed to convince even this small cast to star in it. Film’s like the live-action “Cutie Honey” and “Oppai Volleyball” show that the problem is not necessarily with the fundamentals, but with the execution. Likewise, “Ping Pong” and “Prince of Tennis” are examples of over-the-top sports comedies that are engaging. The problem here is that not enough effort went into the production. An egregious example of this is in the use of CGI volleyballs. There is absolutely no reason why the actresses could not have strung together a couple of plays, and in the close-up one shots it is completely unnecessary to use special effects. I loved the concept of players each having a video game-esque special move, but again this was undermined by poor quality graphics. They could have done more of the visual gags with practical effects with just a little more creative thought.

Overall, “Beach Volleyball Detectives” is probably one best avoided. It is lacking in quality humour, script, dialogue, acting and special effects. It is almost incredible that a film about women playing beach volleyball can be so uninteresting.