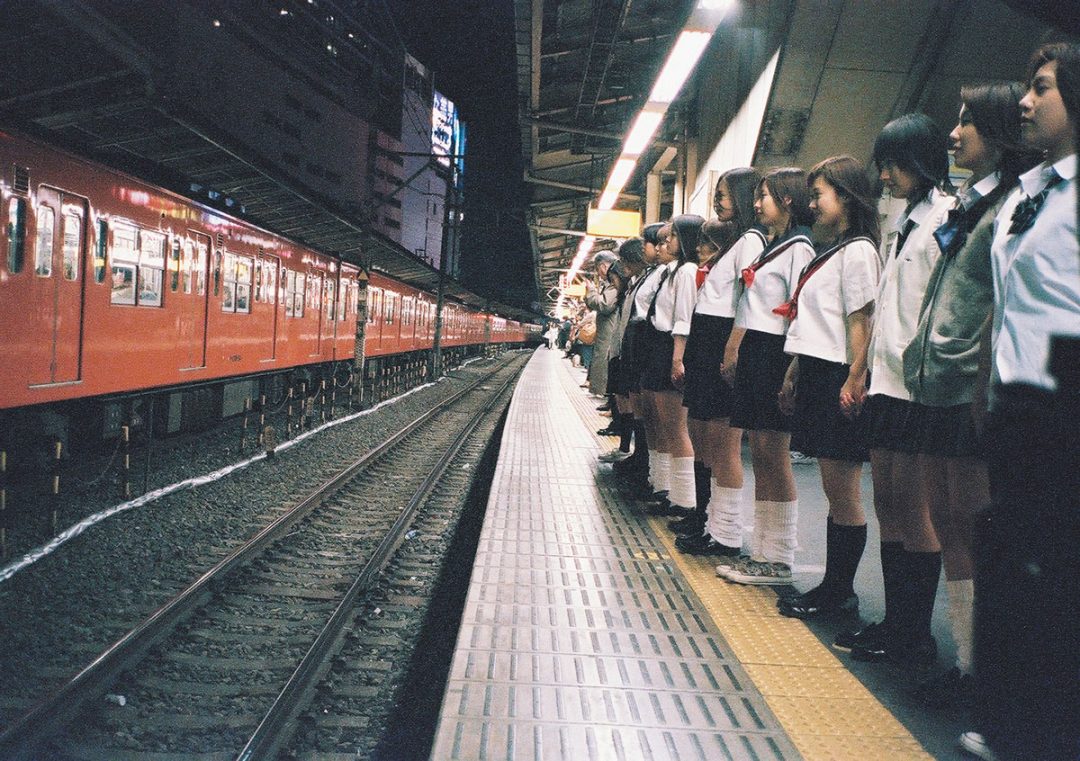 When a group of fifty-four high school girls unexpectedly throw themselves off a platform at Shinjuku station into the path of an oncoming train, detectives are called on to investigate. Kuroda (Ryo Ishibashi), the detective leading the operation is baffled by these apparently senseless deaths. The main theory appears to be the existence of a suicide cult that young people are mysteriously drawn to. The detectives are then contacted by a hacker calling herself The Bat (Yoko Kamon), who tells them there is a website where they can see red and white circles symbolising men and women who have died. Disturbingly, the dots appear before the suicides. The detectives also discover pieces of skin from the victims, sewn together and wrapped up in long roll. As the suicides show no sign of decreasing, the police face a race against time to uncover the cause. Characters soon uncover  more worrying connections: with a violent underground group led by a man calling himself Genesis (Rolly), and a quintuplet of pre-teen pop idols named Dessert.

Writer-director Sion Sono presents a pitch-black satire about the state of modern society, with elements of graphic horror, police mystery and social commentary. Viewers should be advised that the film is incredibly gory in parts, with liberal use of blood, a macabre plot-point involving a roll of strips of flesh cut from victims, suggestions of animal cruelty, and visceral, grotesque scenes that will stay with you for a long time. While this extreme approach undoubtedly contains an element of childish glee in seeing how many disgusting and bloody scenarios you can show on screen, they are rarely needless. The gut-churning horror is done with the intent to provoke not only a physical but an emotional response, to shock a jaded public into understanding the severity of suicide (something which is often in danger of being trivialised both in society and media). There is no quiet end for these characters, who explode in fountains of gore, while onlookers scream in impotent terror. The film really has one major goal, to satirise a culture that prides itself on collectivism, and following the crowd, that has become hypnotised by banal and childish entertainment to the neglect of thought and individuality. The film manages to step neatly from graphic violence to more emotionally charged scenes where characters are struck with the realisation that they may be partly or wholly to blame for the horror of their situation. In particular, Ryo Ishibashi does a fantastic job of a complex character. The film also has its surreal moments, such as the gang of sadists who perform an impromtu musical number in their underground bowling alley hideout, or the spine-chilling voice of the youngster who calls the detectives to berate them following another death. The film slides easily between its various tones and while it may seem at first to be an exploitative gore-fest, it is actually surprisingly compassionate in its portrayal of suicide. The black humour is largely reserved in the build-up to the deaths, and seems to be mocking not only the commercialised society that alienates people from themselves and others (the film’s main target); but also ridiculing the simplistic explanations put forward by the police. The score by Tomoki Hasegawa helps in establishing a tone that is able to keep up with the film’s shifting tones, and often keys the audience into when the film is being sincere or playful.

The film is intended as a message to the audience to wake up and live your life, rather than following the herd. The film is about discovering your individuality and bemoaning the collectivism that leads to depression and suicide. The film’s commentary on the problem of suicide is wide-ranging and there are many subtle moments that may be missed in a first viewing. This include notions of childhood and adolescence. The pop idol group “Dessert” who play a pivotal role have an average age of 12.5, putting them at the beginning of puberty. While the first group we see commit mass suicide are just slightly older females, suggesting that the film is also taking a swipe at the problems and pressures that can assail young people, especially girls at that age. When the character of Mitsuko arrives at the theatre at the end to be questioned by an audience of children, the film again seems to be hinting at some disconnect between the adult world, with its responsibilities and conditions, and the world the children inhabit, which is free of such things. “Suicide Club” is a film with a bold message, that revels in provoking and pricking the conscience of the audience.