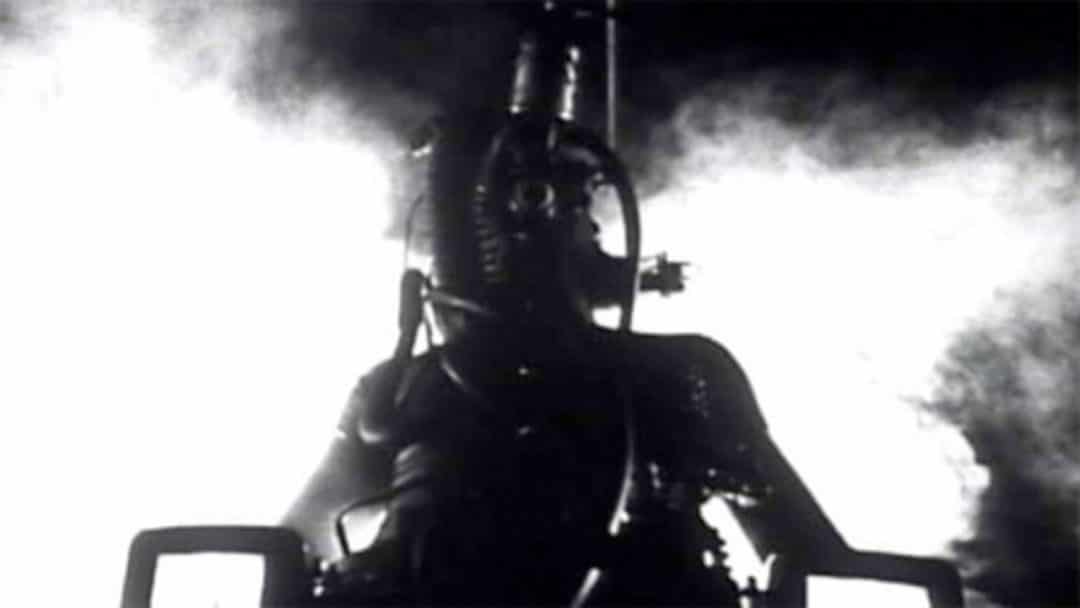 In a secret laboratory a team of scientists are experimenting on humans in an attempt to produce psychic abilities. Their experiments take the form of a Digital Direct Drive, a machine that plugs directly into the brain, and uses ‘ether’ to provoke a psychological response. Given the unreliability of their current operations their experiments are often more a form of torture leading to death than viable scientific enquiry. Motomiya (Sosuke Saito) injects his rival scientist Shimika (Yota Kawase) with ether in an attempt to steal his research. He is helped by another scientist Hitotsubashi (Norimizu Ameya) and lab assistant Akari (Mika Kunihiro). Kiku (Nao), who is auditing the company’s books, comes downstairs to see what is happening and is raped by Motomiya, who seems to have gone insane. Motomiya soon regrets his decision as it seems the high dose of ether given to Shimika and his connection with the machine have created a monster that he cannot control.

“Rubber’s Lover”, written and directed by Shozin Fukui, is a prime example of the cyberpunk and splatter-horror genres. Drawing heavily on traditional horror – the mad scientist working on a creature – and melding it with an industrial aesthetic, it creates a nightmarish world of flesh and metal that is emblematic of the wider movement. Shot on 16mm, the black and white square aspect ratio induces a sense of claustrophobia with the chiaroscuro lighting obscuring and enhancing the special effects by helping to inflame the imagination. The film uses shots of industrial buildings, inexplicable metallic constructs looming against a pale sky, to create an atmosphere of harsh modernity. The sets are dressed to create a confused technophobic tangle of wires and screens, with the addition of some interesting ideas, such as the monitors showing close-ups of eyeballs, or the giant equipment for injecting ether (akin to a pneumatic drill). Shozin Fukui’s direction shows a flair for the genre, with camera angles carefully chosen to create a sense of unease, or to keep things fresh and engaging. There is also a clear desire to create backgrounds with a sense of movement or mesmerizing imagery, either by including flickering monitors, animals, or the large post-modern artworks on the wall of Kiku’s office. The soundtrack to the film, provided by Tanizaki Tetora, is a mix of industrial scrapes and echoes, seeming to evolve naturally from the visuals of pipes and machinery. Later it also includes tribal drums that serve as a reminder of the atavistic nature of humanity, despite technological advancement.

The plot of “Rubber’s Lover” includes many interesting elements. Firstly, the concept of human experimentation, something that is a mainstay of horror cinema, and may have dark echoes of Japan’s own past in relation to war time atrocities. The film leans heavily on the notion of experimentation as torture, going so far as to have one victim’s head explode after being pumped with ether. The film also has themes of drug-use and abuse, with Shimika becoming addicted to the ether as it appears to expand his mental capacity. Such discussions around drugs are far from the mainstream, but absolutely in keeping with the anti-conservative agenda of the film. This is a film that emphasises the ‘punk’ in cyberpunk, outrageous in its depictions and brutal in its conclusions about corruption and where society is heading.