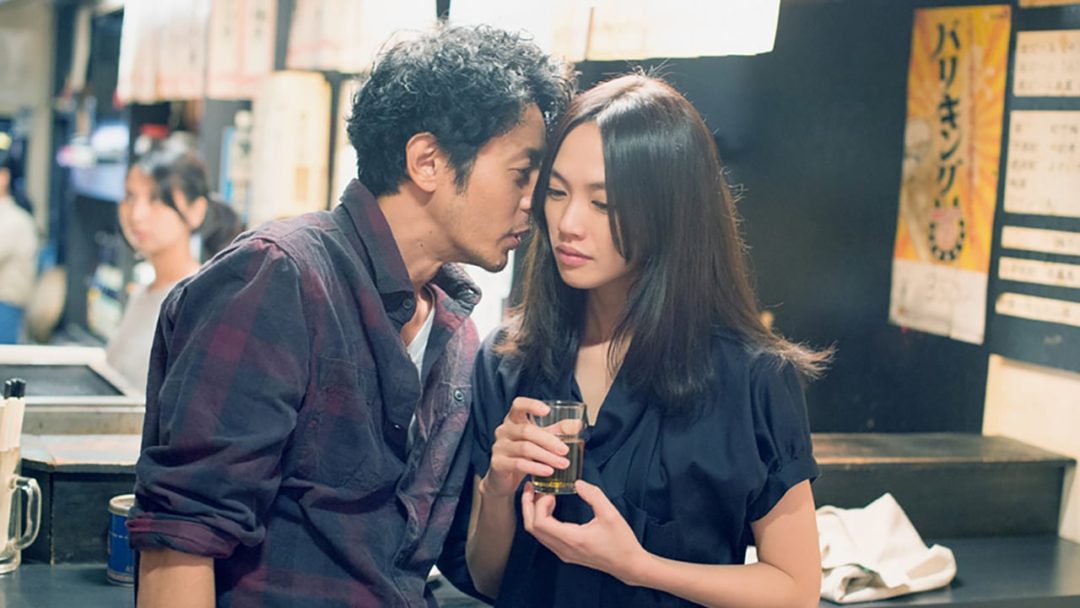 Pumpkin and Mayonnaise is a tense relationship drama about trust and infidelity with social commentary. Tsuchida (Asami Usuda) starts work at a hostess club to support her boyfriend Seiichi (Taiga) in his aspiration as a songwriter. After a client offers her a significant amount of money to accompany him to a hotel, she goes with him. The man asks her to undress and change into highschool swimsuit and increasing demands with the promise of money if she accepts. When Seiichi discovers the money he realises her job is something of this nature and the two argue, eventually leading to their relationship becoming unsustainable. Tsuchida meets and old admirer Hagio (Joe Odagiri) at a club and with Seiichi ignoring her she falls into a relationship with him. The film follows Tsuchida as she tries to navigate a seemingly impossible course of doing what is right and her emotions.

Asami Usuda is captivating as Tsuchida, garnering sympathy with a determined, fragile, confused character. While her actions may be unforgivable, they are always understandable in context. Likewise Taiga and Joe Odagiri give good performances. The story is based on a manga by Kiriko Nananan, with a screenplay by writer-director Masanori Tominaga. It is well-written with believable dialogue and dilemmas for everyone involved. Tomanaga employs some interesting techniques with regards the direction, with care paid to locations, and character positions within the scene. An example of this is the close-up of Tsuchida and Hagio together that creates a sense of claustrophobia, inescapable, comfortable, and brings you into Tsuchida’s world. Another is the scene of Tsuchida collapsing through fatigue in her apartment while we see an hourglass and a stack of money on the worksurface. This sort of visual film-making helps keep the film entertaining. The sound design also utilises silences well to bring home the weight of the drama. The film is only around ninety minutes which leaves you wanting more as it ends, in contrast to many other films that outstay their welcome. Almost every scene adds something and moves the story forward.

A film about breaking up that captures the heart-rending choices that people make both for themselves or loved ones. The characters seem to be following a pre-determined course, with their actions largely controlled by the pressures of duty or lack of money. Tsuchida’s journey is almost an archetypal tragedy, in that each step along the path is to a large extent predetermined by the initial choice. The finale of the film offers a measure of catharsis and the characters are left in a better position than they began, but as with life itself it is a tough journey to this realisation.