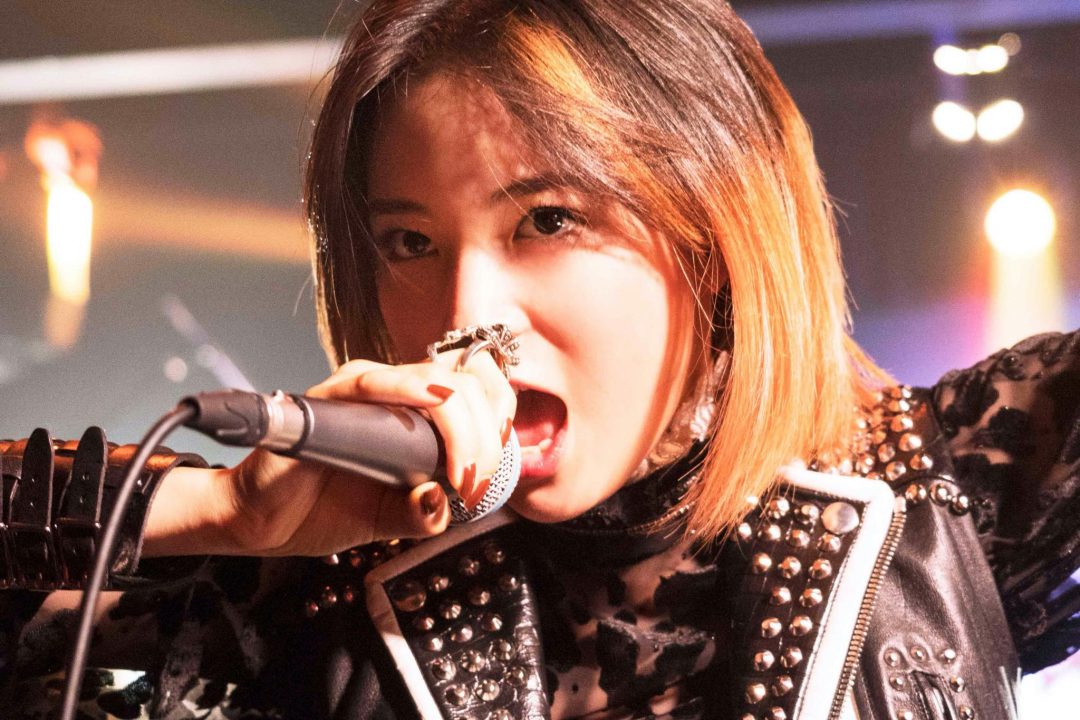 Not Quite Dead Yet (2020) by Shinji Hamasaki

A surreal comedy about a difficult father-daughter relationship. Nanase (Suzu Hirose) has never forgiven her father Kei (Shinichi Tsutsumi) for not being by her mother’s bedside when she passed away. As lead singer of a death metal band she pens excoriating lyrics about how much he stinks and how much she dislikes him. Her father seems oblivious to this, focussing only on his research at a pharmaceutical company. When the company develop a drug that allows a person to die and later return to life, Kei finds himself temporarily deceased for two days. There is a plot afoot by a rival company to take them over, which Kei learns about shortly after dying. His assistant Taku (Ryo Yoshizawa) hears about this attempt to steal the company and its research; and along with Nanase they attempt to save her father’s company, while Kei tries to contact them from the spirit world.

Writer  Yoshimitsu Sawamoto and first time director Shinji Hamasaki deliver a hilarious look at death that delights in poking fun at tense parent-child relationships. Odd characters, wordplay jokes, visual humour, and surreal moments all work together to create a film that has no intention of being taken seriously. The excellent comedic central performance of Suzu Hirose (Our Little Sister) as Nanase, gurning and howling her way through the film, alongside the equally amusing straight man act of Shinichi Tsutsumi as Kei, is a fantastic dynamic, the wild child teenager conflicting with her boring father. A fantastic supporting cast, with Yukiyoshi Ozawa as Kei’s assistant, Kyusaku Shimada as the rival company head, and cameo roles for Lily Franky as a spirit guide and Den Den as a ramen chef, give the whole thing a variety show feel, with some scenes playing almost as standalone sketches. The rock music sets off the riotous punk aesthetic, sticking one finger (the index finger) up to the norms of family dramas. There is little surprise in the resolution of the film and it never attempts to flesh out the narrative or characters, instead using every moment to cram in more jokes. The film even actively pushes back against convention at times, with Nanase telling Taku that this is not some kind of romantic drama.

“Not Quite Dead Yet” follows a long cinematic tradition of poking fun at death, puncturing any sense that it is something to be concerned about. By having a pill that allows people to die temporarily it further distances us from the fear of death. In this universe death is simply another state humans might be in, no different than being asleep. Nanase and Shinichi’s relationship deteriorates after the passing of her mother, with Kei burying his head in his work while Nanase vents her frustrations through her music. The film shows a slow coming together of the two and the realisation of the importance of living life and not forgetting those people who are left behind. With its whimsical premise and a short run time packed with laughs, the film is an easy watch that is sure to raise a smile.