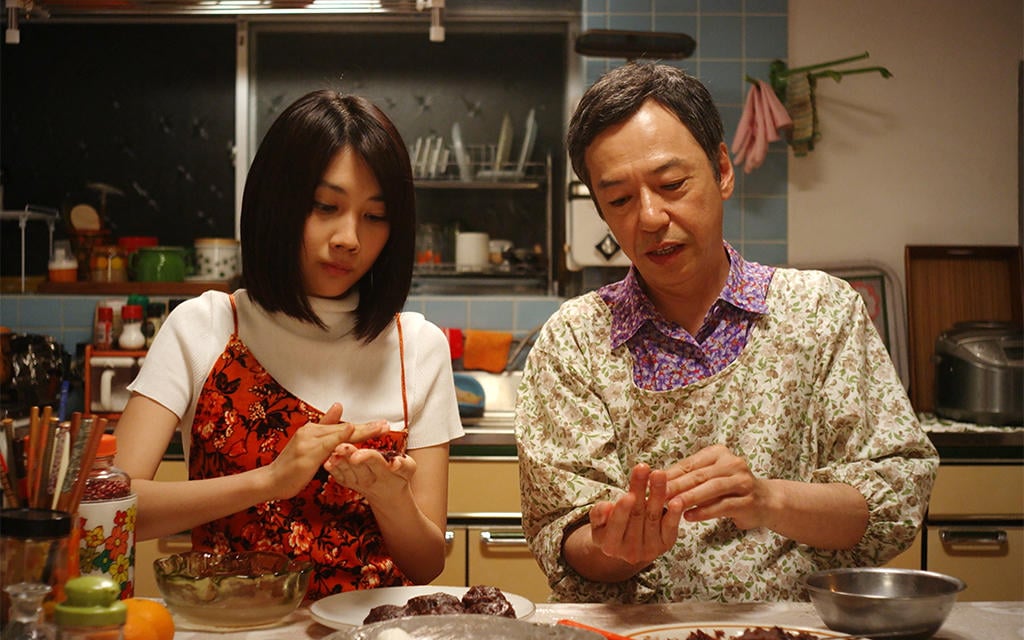 Toka (Honoka Matsumoto) travels home for the anniversary of her mother’s death. She is shocked to see her father Seiji (Itsuji Itao) in her mother’s dress, and more shocked to discover he plans to remarry with a man named Kazuo (Kenta Hamano) who he is living with. Kazuo also has a teenage daughter, Dari (Serena Motola) whose friend Taki (Yugo Mikawa) is dealing with his own issues of identity. Toka slowly grows to an understanding of her father and acceptance of his decision.

Written and directed by Momoko Fukuda, “My Father, the Bride” is a film about family relationships, particularly that between Toka and her father. The film is also about gender and sexuality, although it is chaste in its depiction of the relationship between Seiji and Kazuo. Honoka Matsumoto’s performance as Toka is great, showing her discomfort at what she discovers when she returns home and her growing acceptance of her father. The story of Daria and Taki also offers a great subplot, reflecting the same struggles for a younger generation, and Serena Motola and Yugo Mikawa offer some of the most emotionally charged moments and an excellent chemistry as firm high-school friends. Yugo Mikawa’s performance is one of the highlights of the film. The music, light jazz horn and piano and breathy flutes, and the cinematography of their beautiful island home all goes towards creating a comfortable feel. There is little real conflict or tension in the film, as with many stories on the subject of sexuality in Japan it prefers a softly-softly approach to its theme. The film uses the family dinner table as a main stage (the Japanese title “Delicious Family” gives an indication of the importance of food in the story). We see characters variously arranged around the table in relation to their situations, with Toka often sat across from her father, but later in the film sitting side by side as they make food together.

The film has a clear message about accepting gender differences. The relationship between Seiji and Kazuo seems a little underdeveloped. Perhaps this is to be expected as it is Toka’s story and told from her perspective. The audiences lack of knowledge about their relationship is perhaps intended to mirror that of our protagonist who has arrived in medias res. In contrast Taki’s journey is a powerful and necessary depiction of the struggles of young people coming to terms with their sexuality. The film is full of heart with some great comedic moments from Honoka Matsumoto and a standout performance by Yugo Mikawa. It rarely subverts expectations on a narrative level, but its charm shines through and it is an enjoyable family drama.