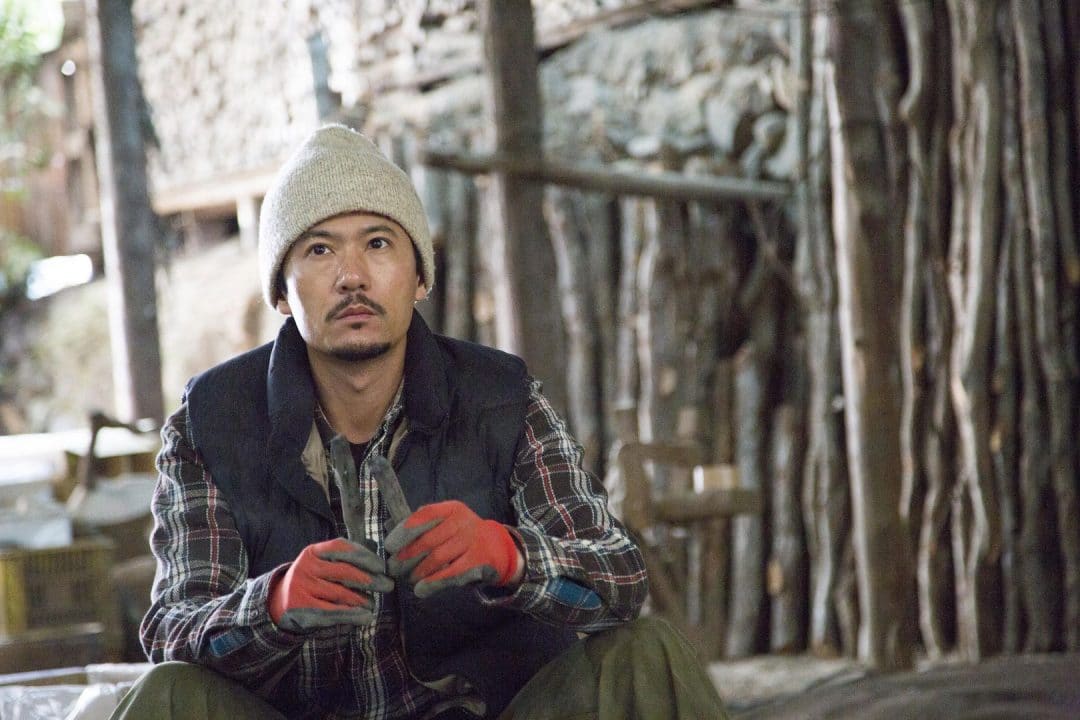 Another World (2019) by Junji Sakamoto

A trio of high-school friends are reunited when Eisuke (Hiroki Hasegawa), who has been posted with the Self Defence Forces, returns to their small home town. Koh (Goro Inagaki) is trying to make a living making charcoal, carrying on his father’s business, ignorant of his sons struggles with bullying, while Mitsuhiko (Kiyohiko Shibukawa) works with his own father at a second-hand car business.

Written and directed by Junji Sakamoto, “Another World” is an intimate portrait of a trio of men who have lost their way. An excellent central cast create a believable friendship between the three men who have drifted apart since their high-school days and are struggling to find purpose in their lives. There are also solid performances from all of the supporting cast, particularly Chizuru Ikewaki as Koh’s wife Hatsuno and Rairu Sugita as his son, Akira. The film’s story, for what it is, is a little meandering, largely concerned with showing how the characters relate to each other. There are a number of good scenes, between Koh and his son for example, or the three friends drinking together by the beach for old time’s sake. It shows what life is like in a small town and the difficulties of living there. Two of the friends have never moved away and seem to be trapped, one day much like the next and nothing to do but work and drink. As one of them says, he has never really taken any decisions for himself, taking on his father’s business and marrying someone after they became pregnant.

“Another World” is about the importance of friendship, while at the same time showing the need to find your own way in the world. The three characters are referred to as a triangle, each one supporting the other. The three are isolated in their own worlds, and only when they are together do we see the spark of something more in their lives. Without other people to support you, life can be difficult and meaningless. In the character of Koh, we see a man who is trapped by obligation, carrying on his father’s business partly out of spite at the way he was treated as a child. Eisuke seems to be suffering from PTSD following his experiences in the army, something his friends are unaware of, while Mitsuhiko (the most upbeat) is also dealing with his alcoholic father and running the family business. The film is a difficult watch, slow paced at times, but with some standout moments and performances it will appeal to fans of solid character-driven dramas.