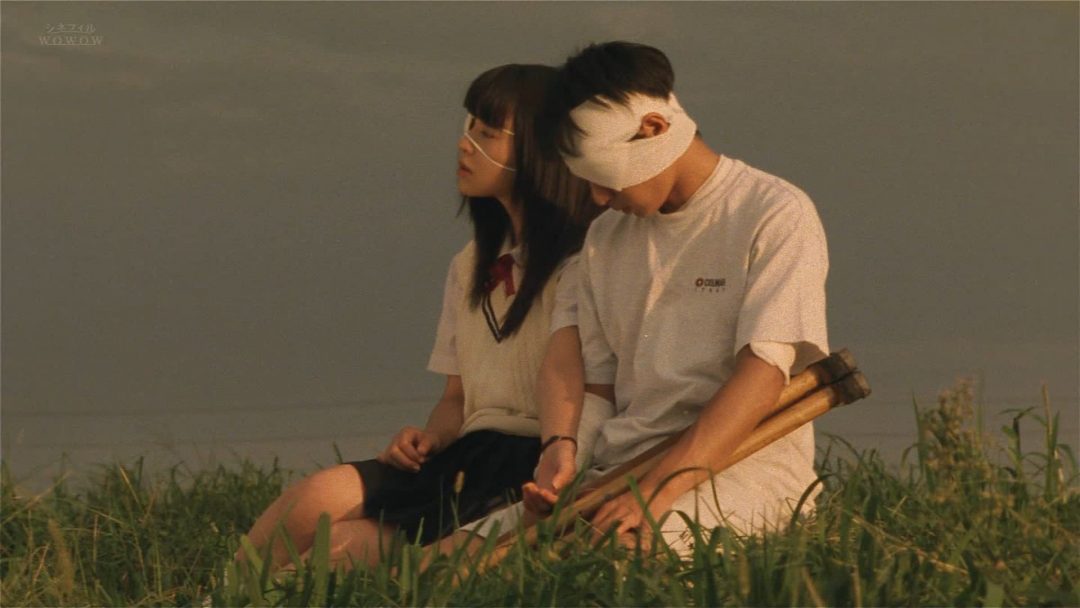 A tortured teenage love story touching on themes of perversion and control. Takuya Hidaka (Kenji Mizuhashi) and Satsuki Kitahara (Tsugumi) are classmates and members of the same high-school kendo club. Hidaka finally musters the courage to declare his love for Kitahara and shortly after they sleep together. The relationship is short-lived however, when Kitahara discovers that he recorded the sound of her urinating while at his house. She calls him a pervert and leaves in disgust. Later she begins dating Hidaka’s friend Tadashi (Kota Kusano). Hidaka pleads to be allowed to be near her and she begins to engage with his unusual desires, allowing him to watch her and Tadashi on a date and even having sex.

Based on a manga of the same name, with a screenplay by Yoichi Nishiyama and director Akihiko Shiota, “Moonlight Whispers” is certainly not a normal relationship drama, though it contains many features of the genre. It lures you in with the conventional romance of the young teen protagonists early in the film. The only sign that things may not progress smoothly is Hidaka stealing a sniff of Kitahara’s gym shorts from her locker. The actors all do a fantastic job with their characters. Hidaka and Kitahara capture the awkward, faltering of a first romance, while Kota Kusano’s confident Tadashi acts almost as a conventional romantic leading man in contrast with their twisted relationship. For a film dealing with the perversion of cuckolding, the film is rarely explicit, allowing the emotional import of the drama to drive the story, rather than the physical. One example of this is in the long take of Takuya sitting in a dark cupboard while he listens to the sounds of Satsuki and Tadashi’s lovemaking in the room. The swirl of emotions in the audience, discomfort, frustration, incomprehension, only growing stronger as the camera remains fixed on him. The cinematography largely leans on the romantic drama style, with soft-focus sunsets, and a realism in the dialogue scenes, an ironic counterpoint to the content of the story. The soundtrack, used sparingly, of delicate guitar, also suggests a more romantic story that what we are watching, heigtening the tension between expectation and reality that allows us to sympathise with the characters.

The film takes a unique look at relationships, focussing on a very particular fetish. Hidaka wants to observer Kitahara, to hold the perfect version of her in his mind, and completely fails when given the chance to have a physical relationship with the real Kitahara. He is utterly devoted to her, prepared to do anything for her, even when there is nothing in it for himself, and to go to incredible extremes to prove himself. But understandably, Kitahara is not interested in this, wanting a real relationship. However, she soon comes to indulge Hidaka, whether to satisfy him or herself is left ambiguous, but that is the heart of what the film is about. The obligations people have towards each other, the give-and-take of all romantic and sexual relationships is depicted starkly through this exaggerated example. We see the difference between Kitahara’s relationship with Hidaka and Tadashi, one asexual and based on a distinct power imbalance, while the other (perhaps considered more conventional) does not seem to satisfy her emotionally. A provocative film that forces the viewer to reassess their notions of romantic love and relationships.