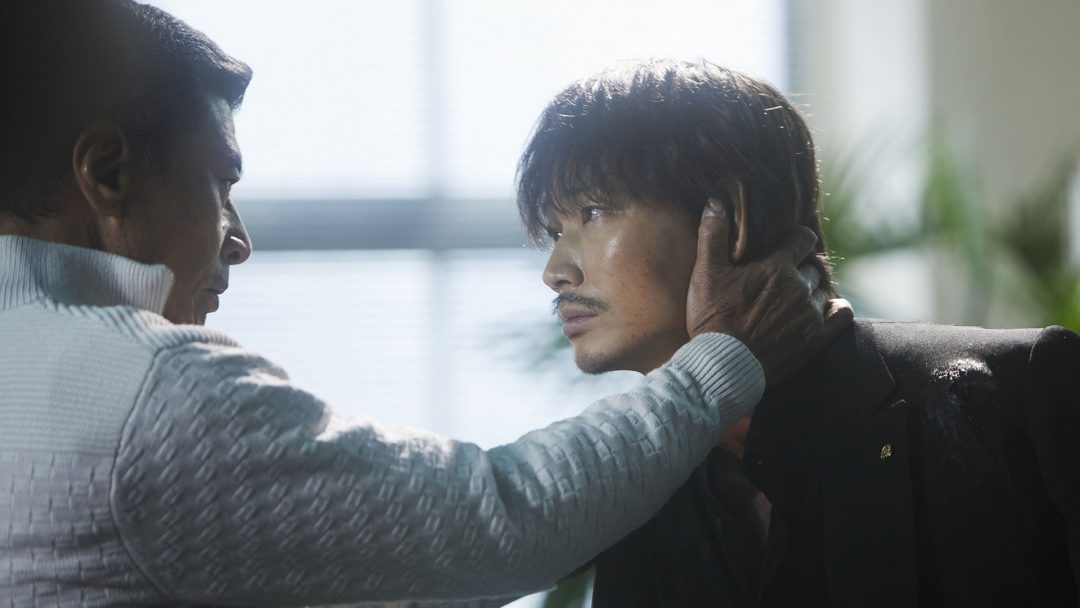 Yakuza and the Family (2020) by Michihito Fujii

A poignant story of a young man’s involvement in a crime family told over two decades. In 1999, Kenji Yamamoto (Go Ayano) attends the funeral of his father, who died through drug abuse. Shortly after he finds a surrogate parent in the figure of Hiroshi Shibazaki (Hiroshi Tachi), who recruits him into his yakuza organization. 6 years later Kenji has risen to be one of the most respected members of the gang, and a personal favourite of the boss. He falls for a club hostess named Yuka (Machiko Ono) and looks out for the son of a murdered yakuza member, Tsubasa. Following a lengthy jail sentence for murder, Ken returns to the outside world in 2019 to find things much changed for those around him, discovering that Tsubasa (Hayato Isomura) has become tangentially involved in the same world as his father.

Writer-Director Michihito Fujii creates a stylish crime thriller in “Yakuza and the Family”, an emotional character-driven drama punctuated by flashes of violence. Languid shots of sunsets and cityscapes give way to creative handheld camerawork as we are plunged into the viscerally brutal realities of gang life. The sleek visuals of Keisuke Imamura’s cinematography don’t overpower the drama, but allow the story to slip in and out of the romanticised aesthetic of the Yakuza genre. Taro Iwashiro’s score also compliments the story perfectly, capturing the harsh exterior and underlying fragility of the characters. The large and impressive cast give a captivating ensemble performance. Go Ayano’s “Ken” is a deeply vulnerable and conflicted character, circumstance having driven him into a life of crime. There is a childlike aspect to him to, most obvious in his faltering relationship with Machiko Ono’s Yuka. Ono gives a powerful performance as Yuka, dragged into the orbit of the yakuza largely against her will, defined by her relationships with Ken and her daughter, but with a strong sense of self preservation and steely resolve. Ryutaro Ninomiya (director of “Sweating the Small Stuff”) also features in a small yet important role as Ohara. Hayato Isomura, as the older Tsubasa, is one of the most sympathetic characters, as we see him falling into the same trap as Ken while searching for a father figure.

“Yakuza and the Family” is a film about the paternal and fraternal bonds of organized crime families, but also about the need of young men for father figures. Both Ken and Tsubasa both appear as drifting, directionless, characters, lacking a role model or figure to turn to for support or comfort. Their search for acceptance, perhaps even love, drives them to the overemphasis of their masculine aggression and pride, Ken through becoming a vicious Yakuza member, and Tsubasa becoming a fighter. The yakuza are often referred to as a ‘family’, but we see here that it is a twisted, house-of-mirrors version of family, providing the members with only a poor simulacrum of a genuine parent-child relationship. The film ends on a bittersweet note, highlighting both the dark side of crime, yet also the importance of kindness and charity and the impact it can have on others. A superb character-driven Yakuza drama with an excellent cast that is well worth a watch.