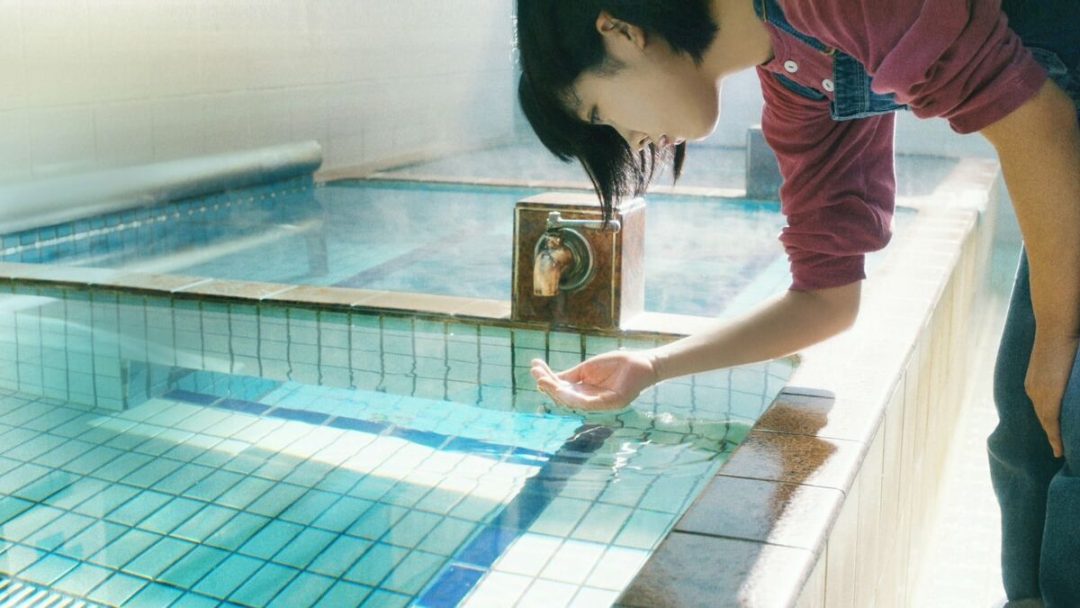 Mio (Honoka Matsumoto) lives in a picturesque rural village in Nagano with her grandmother who runs a bathhouse. When her grandmother becomes sick, Mio moves to Tokyo to live with Kyosuke (Ken Mitsuishi), an old friend of her mothers. After failing to find work, Mio begins to help out at Kyosuke’s bathhouse. She makes friends with a local film-maker and a man who runs an Ethiopian restaurant.

Directed by Ryutaro Nakagawa, from a script by Nakagawa, Hikaru Kimura and Keitaro Sakon, “Mio on the Shore” is a contemplative slice-of-life drama, its story unfolding slowly with plenty of time for ruminating on the characters state of mind. There is some stunning scenery to look at of the rural waterside town where Mio lives, beautifully captured by cinematographer Rei Hirano. The long lingering shots, accompanied only by ambient noise, create a meditative atmosphere, allowing us to sit quietly with Mio and experience her own sense of anomie or aimlessness. Some of the film’s most powerful moments are these wordless scenes of visual poetry, looking out over an expanse of water, or sitting in a dark bathhouse. It is very much a film that forgoes plot for a fragmentary approach, highlighting several incidents and conversations that build up a portrait of everyday life. The charming score by Hisaki Kato provides the perfect accompaniment. Mio is a likeable protagonist, shy and enigmatic, her inner world often closed to us, but nevertheless intriguing. Mitsushi’s Kyosuke also seems to be harbouring a secret, a conflicted character dealing with his own demons. There are allusions to their pasts, but very little is made explicit.

Towards the end of the film we see a montage of businesses closing down, perhaps the closest the film comes to making a statement on its theme. “Mio on the Shore” is a film about things drawing to an end and what is left behind when they are gone. Whether businesses, relationships, or human life, all of these things are finite. The English title “Mio on the Shore” perhaps a reference to this borderline between being and not being, while the Japanese title “Holding Light in your Hand”, referencing a poem that is recited in the film, speaks to the ephemeral, ineffable, ethereal, spiritual world, the transience of all things and how humans live in a society where nothing lasts forever. While it may seem like a depressing notion, the film offers a hope in the sense that there is light in the world, even if we are not able to hold on to it for long. We cannot hold on to the past, but we can enjoy life while it is here. A poetic ode to the fleeting nature of existence. A beautifully shot film that reminds us that while everything in life is temporary, there is beauty in its transience.