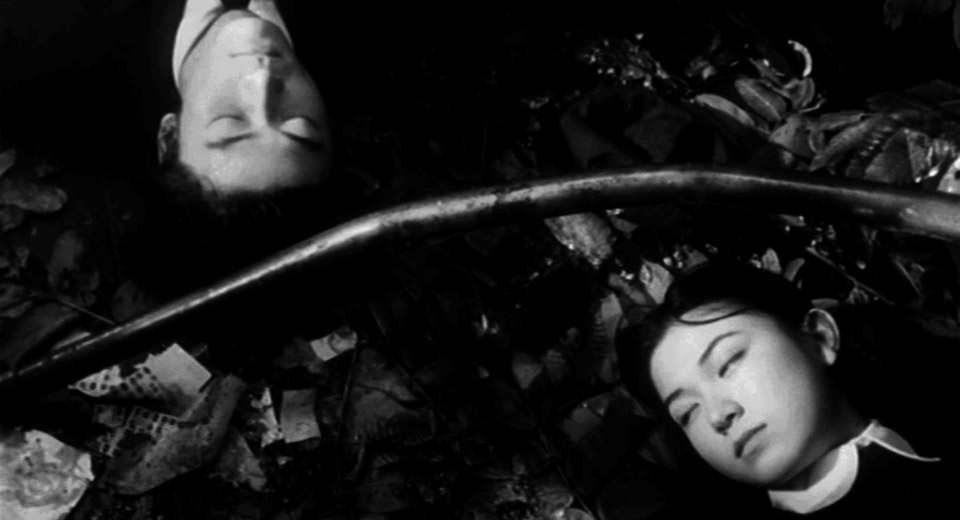 Labyrinth of Dreams (1997) by Sogo Ishii

Tomiko (Rena Komine) starts work as a bus conducter after the death of her friend Tsuyako (Tomoka Kurotani) who dies while working the same job. Tomiko is soon assigned as conductor alongside driver Niitaka (Tadanobu Asano), Tsuyako’s former boyfriend. Tomiko’s friend and fellow conductor Chieko (Kotomo Kyono) tells her that there is a rumour that Niitaka was responsible for Tsuyako’s death and the deaths of several other women. These suspicions are partially confirmed by a letter from Tsuyako delivered after her death that suggests Niitaka may be dangerous. Despite these warnings Tomiko begins a relationship with Niitaka.

Directed by Sogo Ishii and based on the novel by Kyuusaku Yumeno, “Labyrinth of Dreams” is a contemplative film that luxuriates in beautiful cinematography couresy of Norimichi Kasamatsu and subtle performances from its small cast. The character remain slightly out of reach of the viewer, appearing often as tragic archetypes. Rena Komine’s Tomiko is a young woman yearning for excitement, firm yet feminine, with hints that some darker thoughts may lie beneath the placid surface. Likewise, Tadanobu Asano’s Niitaka is something of a puzzle, seemingly caring for Tomiko, while at the same time teasing her, and with the lingering doubts about his past behaviour casting a dark shadow. The film offers few answers but the central riddle of Niitaka’s past and Tomiko’s fate is enough to keep you engaged. The film also includes abundent symbolism and subtext, with the train and bus taking on metaphorical importance, frequent shots of flowers, the sea, moths, dark tunnels and the appearance of buddhist monks and statues, all giving an indication that something momentous is being depicted, above and beyond the everyday relationship of the protagonist. The soundtrack by Hiroyuki Onogawa of resonant chimes creates an eerie atmosphere, speaking to the impending doom that is foreshadowed at the beginning of the film. The filmmakers also use silence to chilling effect, the sounds suddenly vanishing to leave the audience stranded in a world that is full of ambiguity and threat.

The film’s central relationship between Tomiko and Niitaka is thrilling to watch, and we are never quite sure what each has in their minds. Tomiko’s apparent lack of caution can be seen as a morality tale, but there is perhaps a more existential reading of the film with the buses symbolising the journey of life and the inevitability of death, also suggested by the appearance of buddhist monks and the dark tunnel with the oncoming light representing their end. Tomiko’s decision to begin a relationship with Niitaka is as unavoidable as her fate. The dangers for women in a male-dominated world are writ large in the film, but shown as something universal and unavoidable, asking questions about how much control we really have over our fate.