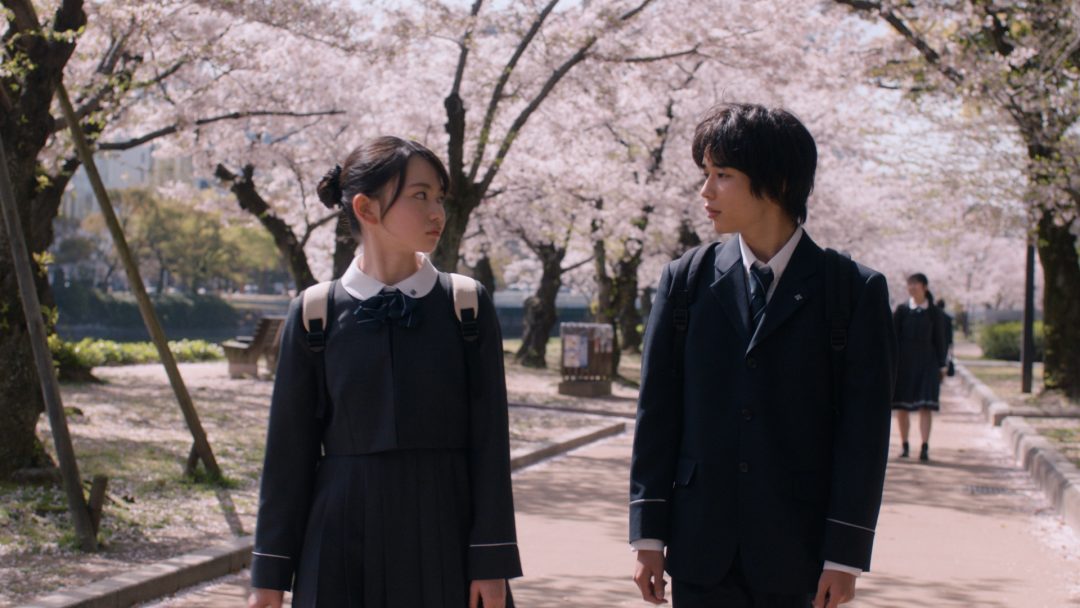 A soul named Blank is returned to the body of a recently deceased high-schooler named Makoto Kobayashi (Kento Nagao). Blank is told by a figure known only as the Guardian (played by various actors), who has the ability to freeze-time and speak through those around Makoto, that he has one hundred days to find the cause of Makoto’s death, and he will be given three guesses to answer this question. If he finds out what killed Makoto, Blank will be returned to life; if not he will return to the amorphous, ineffable of the great beyond. Returned to life in the body of Makoto, but without any of his memories, Shiro must speak with Makoto’s brother Mitsuru (Ayumu Mochizuki), his long-term friend Akira (Anna Yamada), and an older student named Mitsuki (Rikako Yagi), as well as Makoto’s parents (Hikari Ishida and Kuranosuke Sasaki), to understand what led to his death.

“Homestay” is based on the novel “Colorful” by Eto Mori, with a screenplay by Tomoe Kanno, and sets up an intriguing mystery with its fantastical concept of soul transference. It is probably best to ignore some of the plot-holes, such as the fact that people are not suprised by Makoto returning to life. We see early on him not only recently deceased, but actually in a mortuary cold-storage and about to have an autopsy performed. It would also conceivably be easier for Blank to find out what happened simply by asking at the hospital where he awoke, or asking his mother or brother how he died, but for plot reasons nobody is willing to give him a straight answer. However, the central thrust of the film is less concerned with the practicalities of his death but in the journey of discovery that Shiro/Makoto must go on to rediscover his reasons for living. There are some good moments with Makoto’s relationships with Mitsuru and Akira providing a familiar romantic love-triangle, and his relationships with his family offering darker family drama. The performances of Anna Yamada and Rikako Yagi as Akira and Mitsuki are powerful as love-interests who nevertheless have their own issues to confront. One of the biggest barriers to the story becomes the concept, which does provide a striking mystery, but also creates a slightly morbid background to what is happening. Essentially Blank is piloting a corpse, engaging with people who knew Makoto, without any knowledge of his former life. The twist at the end clears this problem up, and in hindsight is the only possible explanation for Blank and Makoto’s symbiotic relationship. However, it is slightly odd throughout to see Blank worried about Makoto’s problems beyond simply wanting to avoid being returned to whatever purgatory he was resident in. It makes it hard to judge Kento Nagao’s performance, as it’s not clear if he is playing Makoto or Shiro piloting Makoto, perhaps explaining the slightly awkward mannerisms. The special effects are entertaining with the Guardian occasionally pausing reality to deliver a message to Blank or ask if he has solved the mystery yet. It is a simple yet effective distancing tool which supports the central theme of objectivity over subjectivity. There is also a lot going on in the plot, with numerous stories all playing out around Makoto, and they are balanced well giving the film a great momentum as we try to resolve what is happening with all these characters.

Homestay sets up an interesting mystery, which does hold your attention for the most part. There are difficult themes around bullying and suicide which the film depicts well. However, these are largely wrapped up in that saccharine teen-romance way that makes you wonder what the problem was in the first place. Makoto is a slightly awkward teen, but has a beautiful best friend who is also romantically interested in him. He is a talented artist, but is father wants him to pursue a more academic route. Makoto’s art plays a major part in the story. It is how he expresses himself and his love for Mitsuki, and is a stand-in for the confusion of feelings inside introverted people. It also provides a metaphor for life; that people are a kaleidoscope of colour. For those suffering depression they lack the objectivity to realise this, instead seeing only a single black existence. The novel’s title “Colorful” speaks to this idea, that people should appreciate life as a vast colourful canvas, rather than a focus on the negatives only. This is further emphasised by the spirit being names Shiro (meaning Blank or White), a blank canvas on which to draw Makoto’s life in all its vibrancy. While its conclusions about depression and suicide may be somewhat trite, the film does a good job of depicting a young teen boy going through these kinds of struggles, unable to see the wood for the trees. If you are a fan of romantic high-school dramas with tragic undertones, “Homestay” provides an entertaining spiritual twist to the genre.