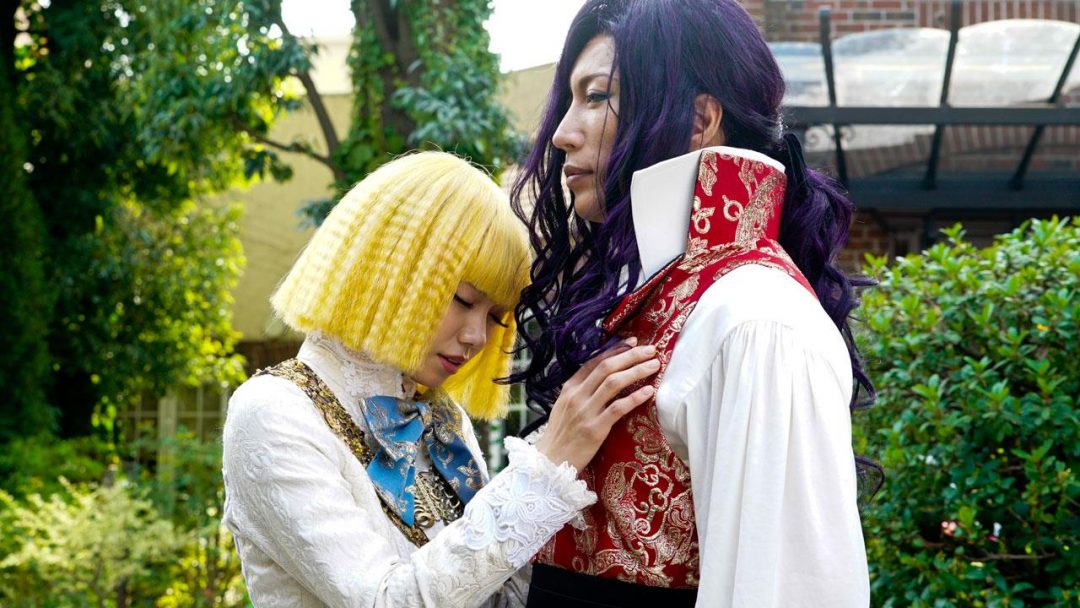 Manami (Haruka Shimazaki) is on her way from Saitama to Tokyo for her wedding. Her parents (Brother Tom and Kumiko Aso) turn on the radio in the car for the long journey and are tuned into a radio drama telling the urban legend of the history of Saitama and Tokyo’s long struggles. The radio play takes us back to a time when Saitamese were subjected to various mistreatments and discriminations at the hands of the Tokyoites, discriminating against those from other prefectures. Rei (Gackt) attempts to fight this injustice and create an equal society where Saitamese are treated the same as people from Tokyo, while the head of a prestigious Tokyo University, Momomi (Fumi Nikaido) is determined to maintain the status quo. The fight for acceptance will also lead the people of Saitama into conflict with their other major rival, the citizens of Chiba Prefecture.

“Fly me to the Saitama” is an outrageous comedy based on the ridiculous premise of a fantasy war between Saitama and Tokyo. It throws so much at this surreal story, including influences from various genres. We see everything from Tokyo university students dressed in renaissance period clothing, science-fiction dressed police officers with rayguns, Edo-period costumes, even dinosaurs. The film will do just about anything for a joke, with funny costumes, scenarios, wordplay, and visual gags. Much of the comedy relies heavily on local stereotypes, though the comedy is so broad that almost all audiences will find something to enjoy, the more people know about these places, the more funny they are likely to find it. The actors do a great job, with Fumi Nikaido and Gackt playing their roles perfectly straight-faced despite the madness around them. The film is directed by Hideki Takeuchi, based on the manga by Mineo Maya, and with a screenplay by  Yuichi Tokunaga. The script and performances are ironically a celebration of the creativity and good humour of everyone involved, showing an ability to laugh at themselves.

The film is a broad comedy, taking themes of discrimination and prejudice and showing them to be utterly ridiculous. It allows people to laugh at local stereotypes in the confidence that they are so outrageous that they are never cruel. The finale of the film has a simple yet poignant message of bridging divides between people and not allowing ourselves to be separated by self-imposed borders. A hugely enjoyable film that puts everything into finding the humour in how people look at each other and themselves.