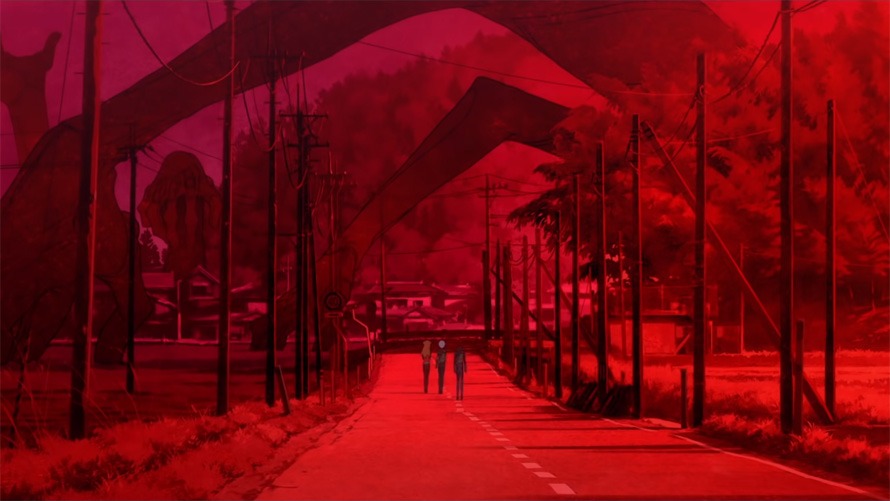 The final instalment in the “Rebuild of Evangelion” tetralogy brings things to a thrilling, poignant, and oftentimes shocking conclusion. This is in effect the third time that this story has been brought to a close. The original 1990’s anime series’ final episodes were criticized at the time for a left-field shift in style, with the use of repetitive visuals and sketchy animation, and, to many viewers, incomprehensible philosophical discussions around a collective consciousness. The manga series ends quite differently, diverging from the anime with more of a bittersweet ending. If you have seen the three preceding films in this series you will know that we are already in a significantly different timeline than either. Although there is a recap of the previous three films at the beginning of this fourth and final installment, it will make little sense if you haven’t seen those films, acting as more of a refresher for fans. This film begins with Mari (Maya Sakamoto) piloting Unit 8 in a spectacular battle with an evolved model of Eva. She is under the direction of Ritsuko Akagi (Yuriko Yamaguchi) as they attempt to restore some of the devastated earth. The film then reunites us with the trio of pilots left stranded at the end of the last film. Shinji (Megumi Ogata), Asuka (Yuko Miyamura), and the new-model Rei (Megumi Hayashibara), are recovered by an outpost of refugees who have formed a primitive communal society. They meet up again with former classmates Toji (Tomokazu Seki) and Kensuke (Tetsuya Iwanaga), who are now 14 years older and working to help the surviving humans. Shinji is still unable to come to terms with his involvement in and responsibility for bringing about the apocalyptic events that killed a large portion of the earth’s population. However, Gendo (Fumihiko Tachiki) and Fuyutsuki (Motomu Yamadera) are continuing with their plan to bring about a final destruction and rebuilding of the universe through Fourth Impact, so he is once again drawn in to help prevent calamity.

“Evangelion 3.0 + 1.0: Thrice Upon a Time” again sees the art and animation stepped up a notch, with incredibly picturesque backgrounds and detailed post-apocalyptic landscapes. Scale has always been important to the Evangelion series, with Evas towering above diminutive buildings, and here we see that captured perfectly, with Mari’s Eva battle dwarfing the city of Paris that acts as a backdrop for the action. In the refugee camp too we get a sense of the bustle of industrious humans attempting to rebuild their lives. The increased budget from a television show is evidenced here and it does justice to the scope of Anno’s vision for “Evangelion”. It is interesting to note that given this budget, a large part of the film is taken up with simple human interactions, conversations, meals, planting rice, taking a bath, that are given as much import as the mammoth battles for humanity’s survival. This is what Evangelion does best, juxtaposing and comparing the internal mental struggles of its protagonists, and seemingly insignificant moments of everyday life, with the large-scale world-changing events of Angels, Evas and Fourth Impact. The film shifts between dazzling, psychedelic battles, a raucous, almost transcendent experience wherin the viewer is bombarded with light and sound, and quieter, more reflective moments that ponder existentialism and human relations. There are moments to please fans, with the inclusion of particular characters, locations, even penguins, sure to raise a nostalgic smile. But the film also does its best to subvert expectations, giving you everything you could want, but not exactly how you expected it. This is evident in the length of time spent in the refugee camp, away from the familiarity of NERV, Evas, or anything recognizably “Evangelion” (aside from the characters). Of course if you understand the heart of the story, it is these characters and their relationships, so these moments are perfect in moving the story forward, while feeling not much at all like an “Evangelion” film. The film is highly inventive and creative, never content to play it safe. It doesn’t always work, with the CG feeling slightly out of place at times, but the use of sketch drawings, “film-footage”, and the mind-bending finale, shows that Anno is as always interested in providing a unique experience that challenges your preconceptions.

The film offers a stunning conclusion to this saga that should satisfy fans. There is none of the abstraction of the television series, instead we have a straightforward explanation for what happens (as far as Evangelion is ever straightforward). If you can follow what is going on to the end, many questions are answered about Gendo’s actions and almost all of the main characters are given a moment to shine, expressing the core of their feelings and beliefs. Rei’s existential crisis is brought into focus, and she acts as a conduit for us to examine human relations and society. Her questioning of why we shake hands, say ‘thank you’ or ‘hello’, subtly yet powerfully forces the audience to reflect on human interactions and norms. Katsuragi’s relationship with Kaji is referenced in a touching way. Asuka’s traumas are laid bare, as are Shinji’s fears of rejection and helplessness. We also finally have a moment between Shinji and Gendo that brings to closure a tension that has been present from the very first moment between them; that explains their strained relationship and also the difference in their characters. Exceling as both an action spectacular and a heartfelt emotional drama, “Evangelion 3.0 + 1.0” is an exceptional work that brings to an end a series that has meant a lot to so many people.