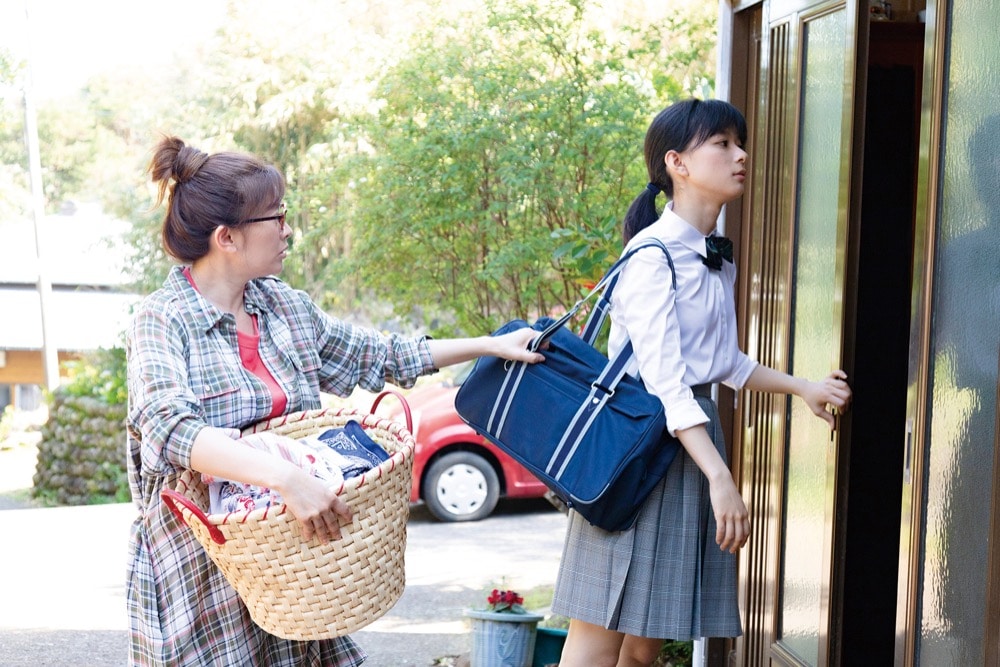 Single mother Kaori (Ryoko Shinohara) comes up with a unique scheme to get back at her unresponsive teenage daughter, Futaba (Kyoko Yoshine). When Futaba refuses to speak to her, Kaori decides to create kyaraben (character bento), depicting everything from household products to famous comedians in an attempt to embarrass her daughter into communicating with her. As the days go on, the characters and messages in the lunchboxes get more outlandish and ridiculous as the two go head to head in a battle of wills.

“Bento Harassment” is a charming and often hilarious portrayal of a difficult mother daughter dynamic. The loss of her husband and troubled relationship with her daughter make Kaori a deeply sympathetic character. We are rooting for her from the beginning as we see her struggles to get her daughter through high-school (a seemingly thankless task) and hold down two separate jobs. Ryoko Shinohara gives a supremely enjoyable performance, showing the steely determination to not let her daughter get the better of her, and also tender moments as her actions are beneath it all driven by love for her child. Futaba is not an entirely unsympathetic character, and more so as the film progresses, we are shown a different side to her. Kyoko Yoshine is excellent in the role of a difficult teen whose cool exterior hides a deep respect for her mother. Rena Matsui is also good as Futaba’s older sister.

“Bento Harassment” comes up with an original and light-hearted way to show the hardships of motherhood. It also shows mouth-watering examples of the traditional lunchboxes with all manner of food on display as well as the picturesque island of Hachijojima. One running joke in the film is characters mentioning, in an offhand way, that Hachijojima is actually part of Tokyo (the rural island being at complete odds with the image of the sprawling metropolis). The cinematography and soundtrack are colourful and joyous and the whole film has a comfortable air that allows the audience to simply relax and enjoy the jokes and straightforward drama as it unfolds. There is a subplot in the film of a single father and his son that runs in concert with that of Kaori and her daughter, however, it is unusually only resolved post credits. There are also a couple of moments of fake credit sequences that break the fourth wall in a somewhat jarring way given that this type of humour is not present elsewhere. The film also takes a turn in its final act which seems like a manipulative and unnecessary attempt to add a degree of peril to the plot. However, the film is so packed with charm and humour that these issues are really only minor quibbles.

Screenwriter and director Renpei Tsukamoto’s film is an uplifting look maternal love and the trials of bringing up teenagers in a single-parent household. The two leads play perfectly off one another and capture the complex relationship of the mother and daughter, both the good and bad. The film’s ending may be predictable, the film is absolutely a drama that enjoys a comfortably safe plot structure, but it is nevertheless effective and impactful. Thanks to the performances and humour we are exasperated and frustrated along with the characters, fully invested in them with every annoying bento-box that is created and pried nervously open.