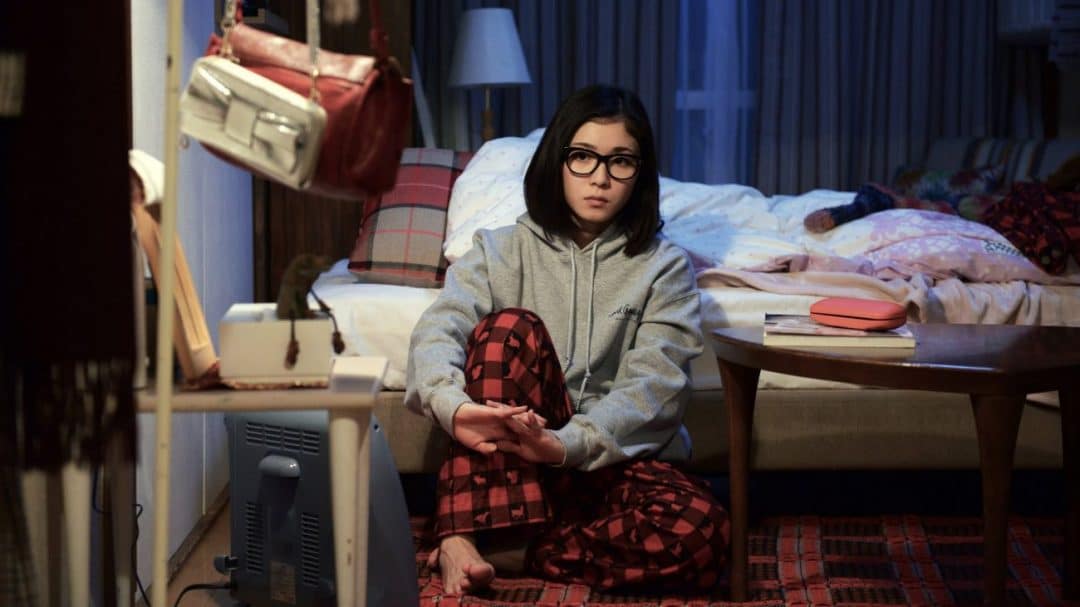 Yoshika (Mayu Matsuoka) works in the accounts department of a large office. She daydreams about a boy she went to high-school with, nicknamed “Ichi” (Takumi Kitamura). Despite having shared few words with him, she believes that he is her perfect man. When one of her colleagues, Kirishima (Daichi Watanabe), whom she nicknames “Two”, makes advances on her she is completely uninterested, instead formulating a plan to engineer a meeting with “Ichi” at a class reunion. However, Kirishima is undeterred, and with the help of Yoshika’s co-worker Tsukishima (Anna Ishibashi) hopes to win her round. Yoshika’s unusual behaviour and lack of confidence may make both of these men unlikely prospects.

“Tremble All You Want” is a light-hearted comedy romance with an excellent central performance from Mayu Matsuoka. Yoshika’s idiosyncrasies, including a love of fossils and extinct animals, make her fun to watch and Matsuoka is supremely likeable in the role. Later in the film she also excels in more emotional scenes as her insecurities come to the fore. The film’s comedic moments largely revolve around Yoshika’s bizarre behaviour, around both Kirishima and Ichi in particular. Also, her ocarina-playing neighbour and the various individuals in her neighbourhood add an off-beat humour to the central romantic plot. At times the tone is a little uneven, moving rapidly from slapstick comedy to more emotional moments without much time for transition. Yoshika’s behaviour is also inexplicable at times, making it difficult to suspend disbelief at her actions. However, where the film does succeed is in its portrayal of loneliness and a woman who is caught between her wants and her needs. The love triangle theme may not be new to the genre, but the film paints a heart-breaking picture of unrequited affection. Writer and director Akiko Oku has crafted the film to hit all the right emotional notes and the film has a cosy familiarity. The charming score and use of music, both for comedic and dramatic purposes, also creates a comfortable atmosphere.

If you are a fan of romantic comedies then this film absolutely delivers. A charismatic lead actress and great supporting cast make the film an enjoyable watch. The film deals with the familiar theme of being torn between the one you think you should be with, and the one who is more suitable for you. There are also interesting sub-themes about Yoshika’s social anxieties, and lack of confidence and experience leading to problems in her forming relationships. This is an aspect that was handled well, again helped by Mayu Matsuoka’s pitch perfect performance. Worth a watch if you are looking for a light-hearted romantic comedy.