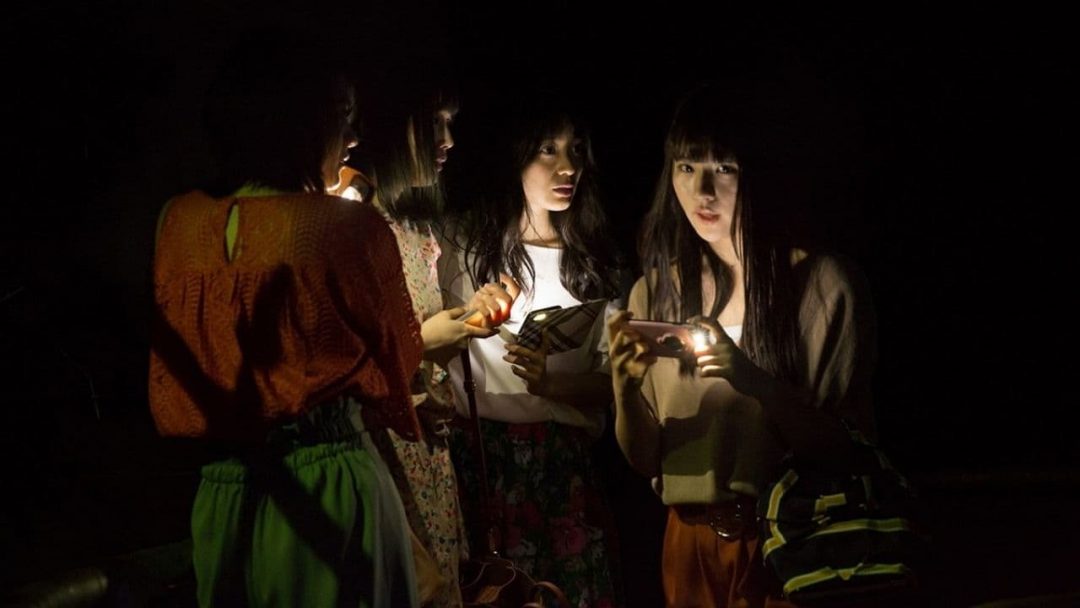 Saki (Rie Kitahara) and a group of her school-friends visit the cursed Toshimaen theme park. The curse is said to visit those who knock on the old door of the theme-park mansion, or look into their own reflection in the hall of mirrors. Those who succumb to the curse, which can only be broken by riding the merry-go-round, disappear to some unknown place. As Saki’s friends are taken one by one she begins to wonder if these happenings are related to the earlier disappearance of her friend Yuka (Arisa Komiya). “Toshimaen: Haunted Park” is written and directed by Hiroshi Takahashi, who also worked on the “Ring” series.

The colander-like plot is par for the course for this kind of teen thriller, but occasionally becomes distracting in just how convenient certain elements are. The curse is less scary when there is a clear and simple way to stop it given along with the instructions for causing it. The story itself creates more confusion by making Yuka a villainous vengeful spirit. It makes sense in this story, but begs the question of what happens to others who are taken by the curse such as the three film-makers at the beginning. The entire story only functions with these particular characters and a very particular set-up. This would be fine if the film isn’t also suggesting that the curse is something that pre-exists them. The acting is serviceable, with teenage schoolgirl dialogue and on-the-nose exposition delivered believably enough. In the latter third the film begins to show promise, creating a suitably spooky atmosphere as we reach the typical ‘final girl’ scenario. The haunted theme-park, and a race to restart the electrical circuits for the rides, create tension that is missing from the rest of the film. That being said the brief glimpse of more supernatural elements, as the girls face a looming chasm preventing them leaving the park, only emphasise what opportunities were missed with this premise. Ideas such as a ghost house that is genuinely haunted, or the house of mirrors, feel underused.

A by-the-numbers horror about a haunted theme-park and a ghoul with a grudge. “Toshimaen: Haunted Park” suffers from a large number of plot holes and underwhelming action that fails to capitalise on the premise. The final third introduction of more supernatural elements is where it seems to finally find it’s purpose, but it is too little, too late. A low-budget thriller that may find an audience with younger viewers but is unlikely to provide effective scares for an older audience.