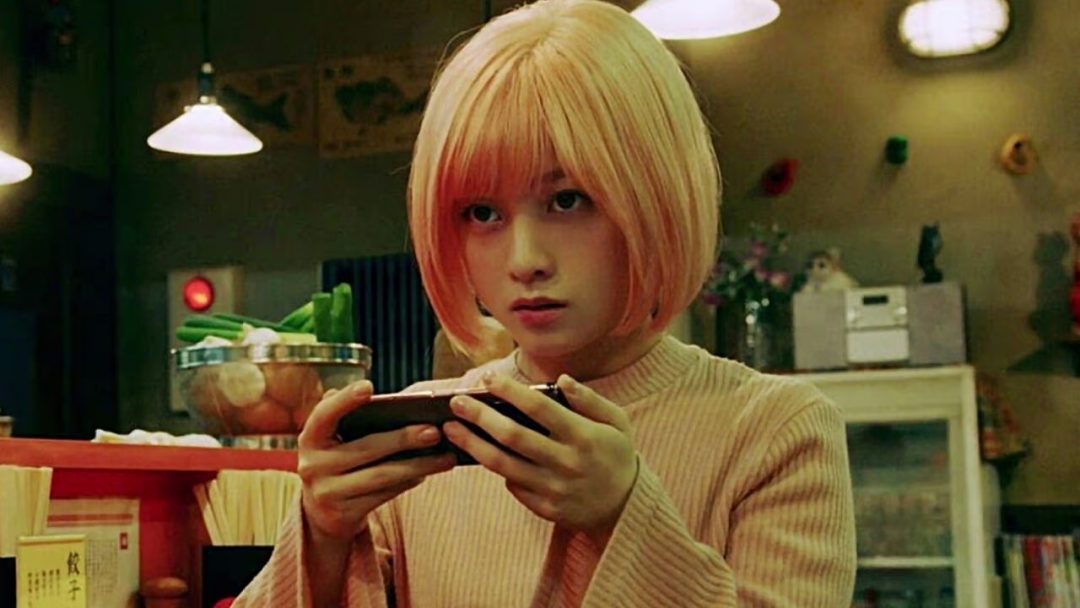 The Violence Action (2022) by Toichiro Ruto

An undercover assassin is tasked with taking on a dangerous Yakuza syndicate in this comic-book crime caper. Kei (Kanna Hashimoto) works as an killer-for-hire, with dual cover as a University student and call-girl working out of a ramen shop. This compilation of Japanese pop-culture action cinema tropes extends is completed with a wacky side-kick with a bullet-proof wig (Takashi Okamura), a love-lorn fellow student who traipses after her; over-the-top gangsters led by a dad-joke loving boss; a villain possessed of supernatural martial prowess; Kei’s fellow assassin, the sniper Daria (Yuri Ota); love hotels; warehouse fights; gangland shootings; and a handsome, morally dubious love-interest.

“The Violence Action” is based on the comic book by Shin Sawada and Renji Asai. The film adaptation, written and directed by Toichiro Ruto, co-writte by Itaru Era, suffers from two major issues. One is the tonal inconsistency, shifting gears from slapstick comic action (bullet-proof wigs; aerobatic gunfights) to ultra-violent scenes (albeit with CG blood) including people being shot with a nail-gun. The puerile humour twinned with the mature tone is reflective of a trend in pop-culture of infantilisation; merging entertainment for kids and adults. Children’s films become more violent, while adult films are stripped of emotional depth. This results in what we have with “The Violent Action”, a film that never seems sure of what it is doing, other than throwing as many elements from other enjoyable films into the pot and giving it a stir. The issue with this is that you are consistently reminded of better films. The second failing of the film is in its headache-inducing editing, with hyperactive cuts that are unnecessary, giving it a music-video style that adds nothing to the drama. Unfortunately, these cuts are often use to disguise a lack of technical ability in the cinematography, the rapid cuts perhaps seen as the lesser of two evils by the director. The film suffers by comparison to “Baby Assassins” (2021), which managed to establish some degree of character for its protagonists and pulled off the comic-action vibe much better.

It is hard to know if the film is aiming for a B-movie feel, many elements would suggest this, but even if it were it still fails to create significantly outrageous set-pieces that would allow it to pass in the genre of more wacky action films. There is such a confusion of plot lines (an assassin questioning her choices; a leadership struggle within the Yakuza; a man double-crossing the mob; a love-sick teenage boy lusting after a dangerous girl; the sniper with a dark past; the hospitalized friend and dreams of revenge), all of which have been done before, and none of which are given enough time here to become the main focus. “The Violence Action” is akin to flipping through a series of action movie trailers, getting a brief impression of each one, but no consistent plot or memorable characters.