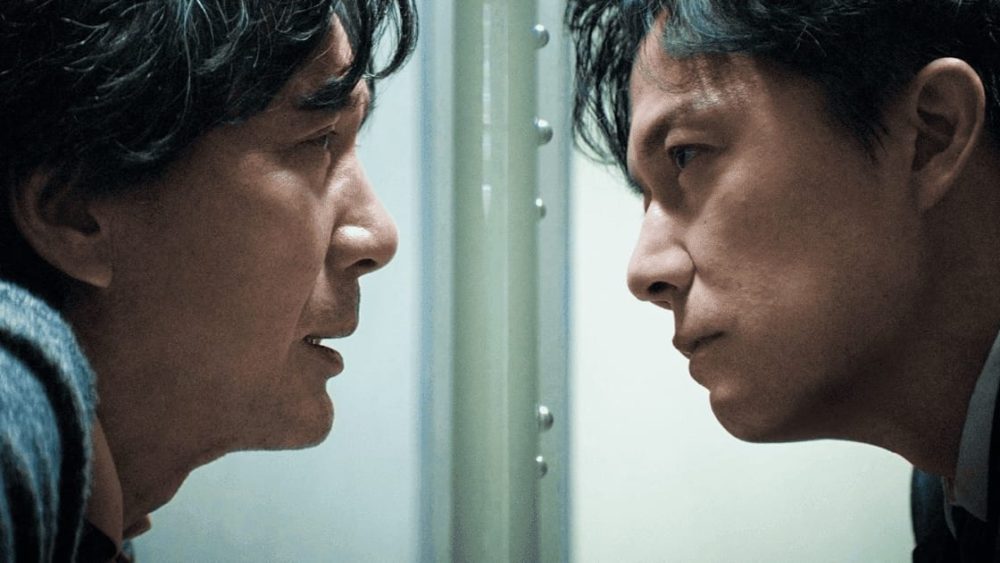 The Third Murder (2017) by Hirokazu Koreeda

When lawyer Tomoaki Shigemori (Masaharu Fukuyama) is brought in to defend Misumi (Koji Yakusho) on a charge of murder, it appears to be an open and shut case. Misumi confesses to the crime and appears remorseless. However, as Shigemori delves into his past and the details surrounding the crime a different story begins to emerge.

Writer-director Hirokazu Koreeda has made his name as an incredible film-maker with a string of family-focussed stories (“Our Little Sister”, “Like Father, Like Son”). With “The Third Murder” he brings his careful observations of human behaviour to the courtroom drama. The plot of the story is straightforward, with a lawyer defending a man he believes is guilty, but the world is packed with characters and moments that make deeper connections to universal themes. It is a dialogue- heavy film with characters spending a lot of time discussing the case details. This can make for a dry experience at times, but is made enjoyable in two main ways. Firstly, by turning the film into something more akin to a detective drama, with Shigemori interviewing various individuals and cross-examining the suspect, Misumi. In fact, the film shies away from courtroom scenes until its final third. Secondly, the performances, particularly from Masaharu Fukuyama and Koji Yakusho are exceptional, showing their experience and charisma on screen. Most of the standout scenes are featuring only the two of them conversing through a plexiglass screen. Mikiya Takimoto’s cinematography is slick and has a sombre tone that is fitting for the story.

“The Third Murder” investigates the very notion of truth. The lawyers are shown to be individuals for whom the truth is of relatively little importance. Their job is to have their clients acquitted, whether they are guilty or not. In fact, this very point is raised at one point by the prosecution attorney. It also looks at the notion of crime and guilt in relation to provocation, by contextualising the murder. Crime is a subject that provokes strong emotions but is rarely black and white. This film does a good job of explaining the potential pitfalls in jumping to conclusions.