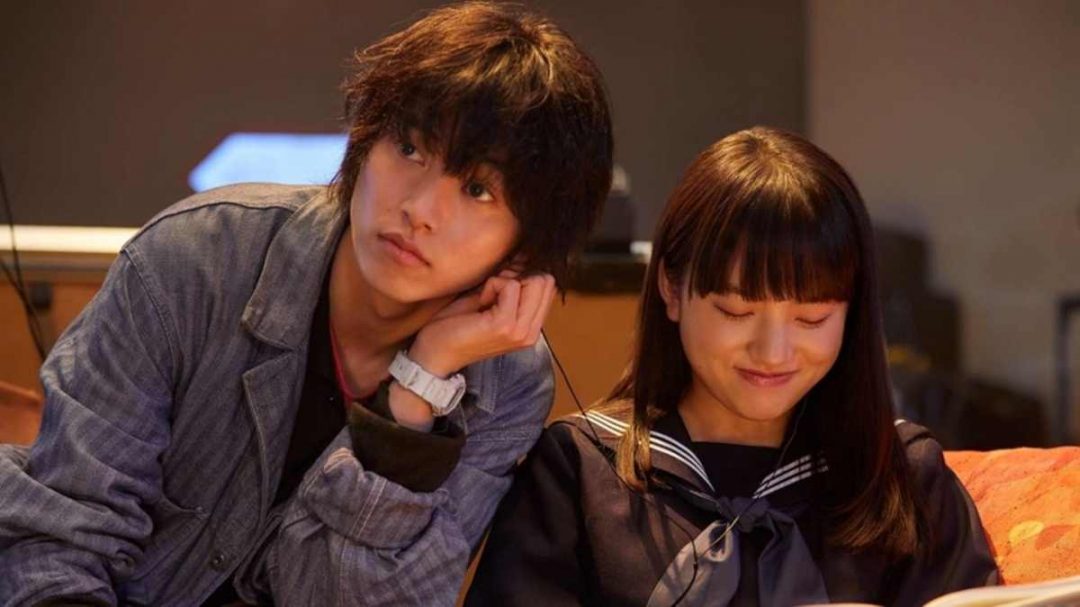 The Door into Summer (2021) by Miki Takahiro

Based on a novel by Robert A. Heinlein with a screenplay by Tomoe Kanno, “The Door into Summer” is a science-ficiton infused romantic drama. Soichiro (Kento Yamazaki) has a tragic run of bad luck, losing both his mother and father, and then his step-father. Soichiro’s only friends in the world are a stray cat he names Pete; and his step-sister Riko (Kaya Kiyohara). Following her father’s death, Riko goes to live with her uncle Kazuhito (Hidekazu Mashima) who runs the robotics company that Soichiro works for. After being double-crossed by Kazuto and his partner Rin (Natsuna), Soichiro decides to go into a cryogenic sleep for 30 years, finding things changed in unexpected ways when he reawakens in the future of 2025.

The film’s main failing is an overly complicated plot that takes so much time to explain that it leaves little room for character development or emotional attachment. The relationship between Soichiro and Riko, and even Soichiro and Pete are largely forgotten about for a long period after he wakes up in the future. The use of cryo-chambers and time-travel make things interesting, but cause the film to feel disjointed, without a clear focus on a central plot element. When Soichiro wakes up in the future he finds that things have changed and sets about finding out what happened to his former company, but it seems out of character for him, who would surely be more concerned about what happened to Riko, and leaves the audience missing that more meaningful story. By only moving things forward a few years from where we are currently the film also forgoes the opportunity to offer an exciting futurist world, with things appearing little changed aside from the mass adoption of androids and holographic signpost. Ideas of time-travel, androids, and technological advancement would all have been interesting aspects to explore, but the film seems to ignore in its most intriguing elements. The actors all doing a good job with the light romance and melodramatic evil corporation storylines, Yamazaki and Kiyohara have good chemistry as the step-siblings which makes it even more disappointing when they are separated.

Early in the film Soichiro explains that in winter, Pete wants all the doors opening, believing that he can find a door back to warmer, summer weather. Similarly Soichiro wants to use technology to travel into what he hopes will be a brighter future, without realising that life cannot be so easily ignored. The film’s central message seems to be that you have to pass through the dark times to reach the light, but again it strangely doesn’t dwell or expand on this theme. “The Door into Summer” has a lot of interesting ideas but never fully realises them, instead using science-fiction as window dressing to tell a rather lacklustre romantic story. There is far too little character development and a plot that is so focussed on getting from A to B that it forgets to tell a meaningful story along the way.