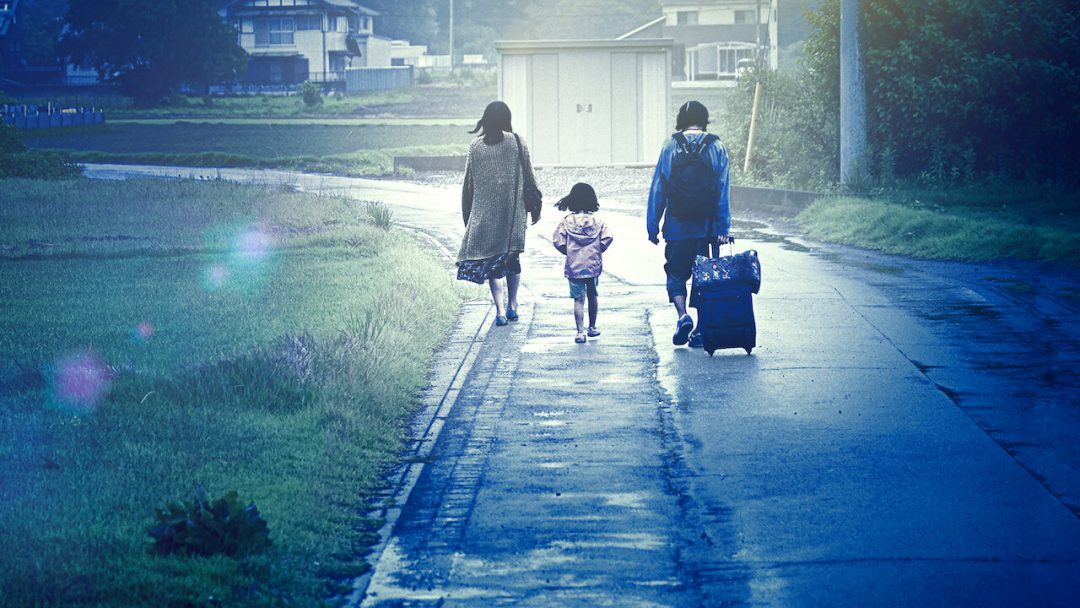 A destructive mother-son relationship is put under the microscope in this shocking drama. Akiko (Masami Nagasawa) drags her son Shuhei (Sho Gunji/Daiken Okudaira) around with her, using him to garner sympathy with family to extort money from them. Shuhei bears his mother’s unpleasant attitude, carrying out her orders without complaint. When Akiko falls into a relationship with an equally unlikeable host, Ryo (Sadao Abe), Shuhei’s life gets even more difficult. Ignored and abandoned by his mother, he is forced to fend for himself. His mother and Ryo later return without a word of apology; but their relationship also goes off the rails when Akiko reveals she is pregnant. As the years go by, Akiko seems incapable of changing or showing any kind of affection towards her children. When they are found sleeping rough, they are approached by a charity working with homeless and impoverished individuals which may offer Shuhei an escape from his tragic life.

Written by director Tatsushi Omori with Takehiko Minato, “Mother” is confrontational and shocking in its unflinching portrayal of Akiko and Shuhei’s relationship. Akiko is a deeply unpleasant and unredeemable character, an abusive and negligent mother, and her treatment of Shuhei is often difficult to watch. Masami Nagasawa delivers a breathtaking performance as Akiko, both repulsive yet compelling at the same time. The character arrives fully formed and we are given no more than faint hints of the cause of her behaviour. It would be almost impossible to sympathise with this character, but Nagasawa makes the character understandable if you pay close attention to certain conversations, mannerisms, and actions throughout. There are definite indications of mental health issues, a selfishness and desire for attention driving her behaviours, along with a paradoxical protectiveness of her children despite her own exploitation of them. Shuhei is portrayed by Sho Gunji and Daiken Okudaira, who both do an incredible job as a child growing up without a positive role model, lacking in confidence, who is nevertheless devoted to his mother. The film’s unrelenting portrayal of a truly horrific experience for Shuhei is its strength as it offers no easy answers, but instead challenges the viewer with a situation that is sadly based firmly in fact. The script builds on each tragedy, piling horror upon horror for Shuhei as Akiko moves from one mistake to the next. Tatsushi Omori’s direction brings us in to the heart of the action with a gritty realism. It also allows the film’s themes space to percolate, with powerful lingering shots on specific moments that stand out as turning points in the relationship between Akiko and Shuhei.

“Mother” is a film that shuns sentimentality to deliver a dark story of parental abuse. While it takes its story to extremes, the most shocking realisation is that the relationship depicted is far from uncommon. It explores the significance of a mother-son relationship and the damaging effects of negligent and exploitative parents. It raises questions about Akiko’s past: Shuhei’s lack of a father, her relationship with her own parents and sister, and what factors might have contributed to her behaviour and amoral outlook on life. Akiko is both victim and abuser, caught in a cycle of neglect and passing on her traumas to her children. However, none of these things excuse or ameliorate her actions. In the selfless characters of the charity worker (Kaho) the film does offer some hope of a better future for children who are otherwise failed by their parents and a largely uncaring system. The importance of education and housing for children who are struggling, and help for people suffering mental health issues. A distressing yet worthwhile film that puts uncomfortable issues into the spotlight.