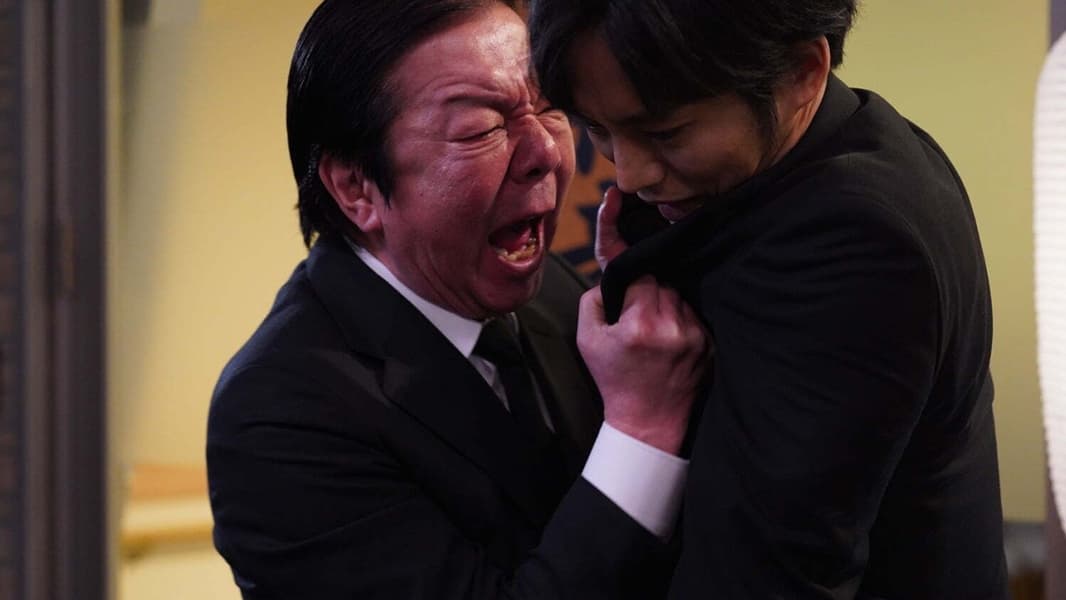 A father comes to terms with his daughter’s accidental death in this powerful examination of grief. When Kanon (Aoi Ito) is caught shoplifting at a local supermarket, she is chased down the street by the owner-manager Naoto (Tori Matsuzaka). After dashing out into the road Kanon is hit by a car and then a truck, killing her instantly. Kanon’s father Mitsuru (Arata Furuta) blames Naoto for his daughter’s death, believing rumours that he has a predilection for young girls and may have interfered with Kanon. Separated from his wife, Shoko (Tomoko Tabata), Kanon’s mother, Mitsuru has little support aside from his young co-worker. Naoto is supported through the difficult aftermath and public scruitiny by one of his colleagues Asako (Shinobu Terajima), who refuses to believe he is responsible.

“Intolerance”, written and directed by Keisuke Yoshida, is a rumination on the grieving process. The scene of Kanon’s death is depicted brutally and shockingly, although not overly graphic the audience experiences the sudden violence of the acccident. We are shown little before the accident, other than her uncomfortable relationship with her overbearing father. Mitsuru is a stern disciplinarian who has little interest in his daughter’s life before her sudden death. What unfolds after the action is a heart-wrenching portrayal of parental loss. Arata Furuta gives an astounding performance as Mitsuru, driven by anger against those he believes are responsible mixed with his own sense of regret that he showed little affection for his daughter when she was alive. A complex character, far from a perfect father-figure, he seems to want to make amends for past failures by lashing out at the world and placing the blame on others. Tori Matsuzaka’s Naoto is also overcome by a deep sense of shame, realising that he is in part responsible for the death and perhaps regretting his actions. “Intolerance” is shot in a down-to-earth, everyday style, with the supermarket and streets of the fishing town where it is set depicted without embellishment. It is a perfectly ordinary place, with ordinary people experiencing a tragic and extraordinary event in the death of this schoolgirl, showing the impact of this loss on those connected with Kanon.

As well as the utter despair and impotence that Mitsuru feels the film also touches on how such incidents are often manipulated by the media and how people who are not involved can effect public perception. Shortly after the accident the media descend on Naoto’s supermarket and Mitsuru’s home asking for interviews. And we see in short newsroom sequences, and social media, the public rapidly develop their own assessments of those involved and what happened free of facts or first-hand knowledge of these people or the emotional turmoil they are going through. The death of Kanon finally provokes Mitsuru to take an interest in his daughter’s life, interrogating her teachers about bullying concerns, accusing Naoto of lying about her shoplifting, and even reacting harshly to his ex-wife’s attempts to calm him. Mitsuru’s growing acceptance of what has happened and final feeling of connection with her is bitter-sweet as it comes with the realisation that he will never have a chance to express his affection for her. A touching film about loss and how its impact can change people.