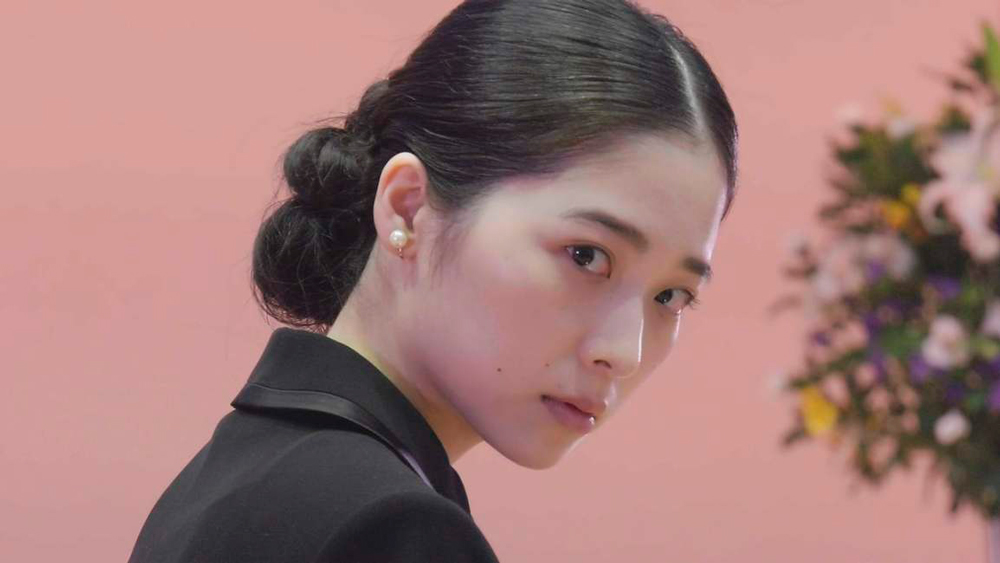 Losing someone is never easy and this film looks at how people deal with grief. Eriko Yoshioka (Haruka Kubo) is a struggling actor, her main claim to fame being a brief appearance as a background dancer in a beer commercial. She lives with her flatmate who has dreams of being a famous stand-up double act comedian. When her sister dies, she heads back to her hometown for the funeral. Her sister Yukiko has left behind a son, Kazuma (Atsuya Okada), whose father is unknown to the family. After the ceremony, Eriko agrees to stay for a while to look after Kazuma while they decide what will happen to him. Eriko is then contacted by a Hanae (Miki Nitori), Yukiko’s old boss, who recruits Eriko as a “mourner for hire”; their job being to attend funerals and grieve, a process which is intended to help the soul pass to the afterlife.

“Eriko, Pretended” is an interesting look at how people behave following a death. The simple story allows time to contemplate the themes as Eriko deals with her sister’s passing. Haruka Kubo gives an understated performance in the lead role, displaying a complex and believable response to her sister’s passing. Miki Nitori is good as Hanae, a strong businesswoman, but also someone who has absolute belief in the value of her profession. Although short the film does feel stretched at times, not helped by the depressing nature of the story. It does not establish much attachment to the secondary characters, even Kazuma and Eriko’s relationship feels a little shallow. Much of the film is workmanlike, in direction and music, lacking the visual metaphor, use of colour and lighting that might have enlivened and enhanced the narrative. Towards the end of the film there is a scene of the empty rooms of the house that is effortlessly impactful, but these moments are too infrequent, with the majority of the film lacking that sense of a deeper meaning.

The concept of performative grief is one that can be found throughout history, with wailing and pulling of hair, the wearing of black, and other outward displays of loss and sadness common across many cultures. Early in the film we see Eriko at an audition in which she is asked to show emotion for a character who has died. Unable to realistically express sadness she is passed over for the role. When she later takes up the job of a hired mourner, she is at first confused by the job and later annoyed at another hired group of mourners whose exaggerated wailing borders on parody of the grieving process. Eriko’s seeming inability to mourn appropriately, or vocally, enough is offset by her caring for her orphaned nephew. In showing the falseness of what they are doing as hired mourners, it helps to highlight the real sense of loss that she is feeling and the difficulty in coming to terms with the death of a family member. Crying is a physical response intended to release pent-up emotions and therefore it is part of the healing process for those left behind. Characters discuss the role mourning has in helping the spirits of the dead reach the other side. The notion of grieving breaking some metaphysical barrier to the afterlife can perhaps be better understood as the living finally ‘letting go’ of their loved ones and allowing their soul to travel on ahead as a happy memory, rather than dwelling on their death. “Eriko, Pretended” has an interesting story, dissecting the often peculiar customs surrounding death, but often fails to develop an emotional connection to its characters.