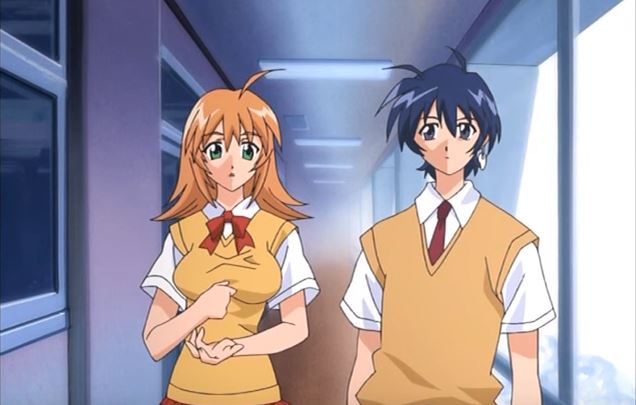 When a new female transfer student Sonsaku Hakufu arrives at Nanyo Academy and begins challenging everyone in the yard to fight, her cousin rushes in to help her before she causes serious damage. This is no ordinary school, and no ordinary world, as various individuals have an earring that contains the spirit of a legendary figure from the Three Kingdoms period of Chinese history. The ditzy, upbeat protagonist is the spirit of a legendary warrior who loved fighting for its own sake and was a champion of the period. As the story progresses the characters find themselves involved in numerous fights with other students, replaying historic battles and attempting to avoid their fates.

Based on the manga by Yuji Shiozaki, and directed by Takashi Watanabe, the series contains many tropes from similar sexploitation series, going to almost any length to include upskirt shots of the girls, jiggling breasts, or sexually charged sequences. Each of the characters is given a unique personality though they remain largely surface level clichés. The conceit of the reincarnated spirits makes for an interesting story as the characters attempt to escape from their predestined paths, or relish following them. Those with knowledge or interest in this period of history may get more out of the series than the casual viewer, as each episode ends with a brief historical note on who the characters are meant to represent and what happened to them. The fight scenes are good and the humour, though broad, is entertaining. The major weakness is in the story that never really grabs your attention in the way it should. With the characters established it too often feels like a sequence of battles without a meaningful purpose. We see the rise and fall of several of the characters, but despite engaging fights you never feel a sense of danger. This is partly down to the outlandish premise that significantly impacts the ability to relate with anyone.

The central theme of the film is the idea of fate and escaping from it. Being reincarnated the characters are essentially living out another life in the modern era. This also conjures up the notion of a cyclical history where humanity is doomed to repeat its former errors and violence is an ineradicable human trait. By the end the characters do manage to change their course, but this raises the question of why they couldn’t have done this earlier. Despite a weak story the series moves quickly and does feature some exciting sequences and humour. Its main flaw is that, much like the characters, it feels as though it is going through the motions with few surprises.