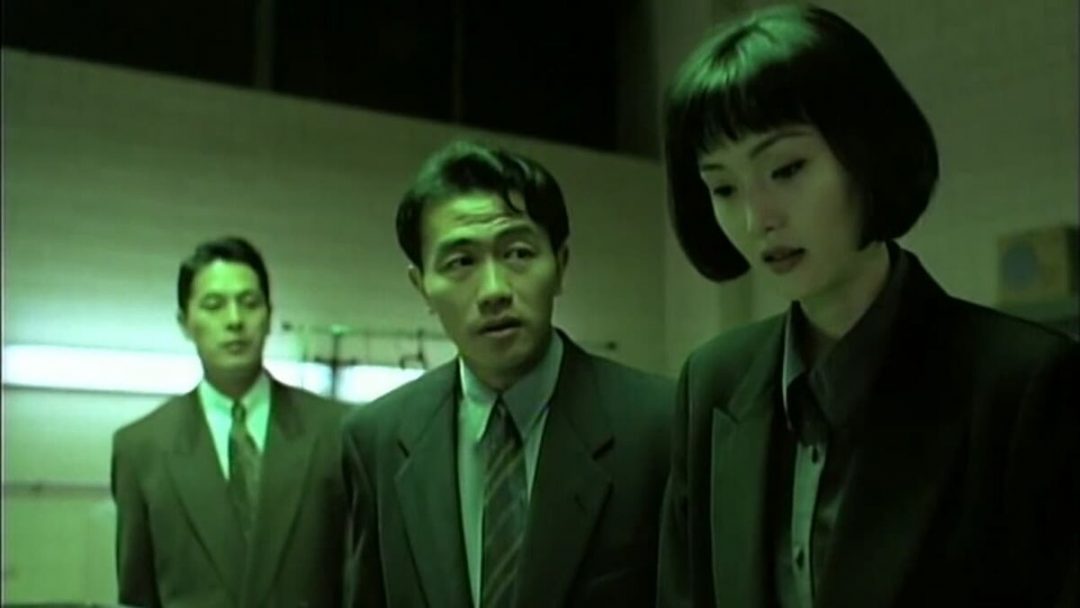 A forensic psychologist is brought in to help investigators with a serial murder case involving women being injected with a poison on the Yamanote line and surroundings. Setsuko Suma (Kaho Minami) is a forensic psychologist called in by the police, assigned to work alongside two detectives. The killer seems to strike every Monday at 6pm with a similar modus operandi. Suma’s unconventional style involves her attempting to become one with the killer to better understand their psychologist and pre-empt their attacks. One of the victims is a former patient of Re-Freezing Psychorium, an institute that offered to reprogram cult members, run by Suma’s former lover Rei Aku (Takeshi Wakamatsu). As the investigation continues, Suma seems to be increasingly caught between her own past traumas and the world of the killer.

Directed by Sogo Ishii, with a screenplay by Ishii and Yorozu Ikuta, “Angel Dust” is a psychological thriller that takes us on a dark journey through the subconscious. Early in the film we have claustrophobic hand-held camera work on a packed rush-hour train, with disorienting quick-cuts to the weary passengers. This is followed up by a dream sequence of Suma and her partner Tomo spelunking. The majority of the investigation scenes are shot with clinical fixed angles or minimal movement and a grey colour pallette. Norimichi Kasamatsu’s cinematography thus provides an excellent contrast with the cold, logic of the case and the writhing human emotions underneath. The sequences where we see rapid photo slides flicker across the screen is particularly effecting, moving too fast to really gain much information from them they are not only visual exciting but also slightly unsettling, suggesting Suma’s own state of mind and loosening grip on rationality as the audience attempt to make sense of this subliminal imagery. Kaho Minami gives an incredible performance as Suma, a hard-headed woman whose dark past and own psychological issues threaten to overwhelm her composure. Takeshi Wakamatsu’s Rei Aku is the perfect villainous foil, a man with a deeply disturbing philosophy and criminal past who gives off an air of rationality that makes Suma question herself. The excellent direction and cinematography, that is as much a part of the storytelling as the script and performances here, is complemented with Hiroyuki Nagashima’s subtly disturbing score of trance-like sound loops of percussive electronica.

Sogo Ishii’s “Angel Dust” is a film that lures you in with a murder mystery and becomes something more disturbing as we begin to experience the same sense of unease as the protagonist. The who and how are mysteries that are easily resolved, and largely insignificant to Suma herself, leaving the more troubling question of why. The sense of Suma grasping for meaning in this world is heightened by the various clues the film throws up: the connection of the date Monday with the phases of the moon; the repeated tune that is whistled before the murders; mentions of Nietzche, Dazai, and fairy tales suggesting a literary link with the killer. All of these things in the end are significant only to the extent that they represent the various subconscious elements that act on our conscious actions. When Suma speaks with Aku we see in the background Mount Fuji, the white top and dark below a perfect representation of the vast, ineffable Freudian subconcious. The film is experiential in places, with the aforementioned photo-slide moments being discomforting and other surreal elements appearing throughout to make the audience unsure of their own conclusions about what is happening.

There is a strong theme of control present in the film, not least in the idea of people being brainwashed, and it questions how much free will people really have. Again the focus is not on solving the crime, but investigating why the killer is doing this, what drives them, and whether it is possible to truly understand people’s motivations. A fascinating psychological thriller that asks the audience to psychoanalyse the protagonist as much as the killer.