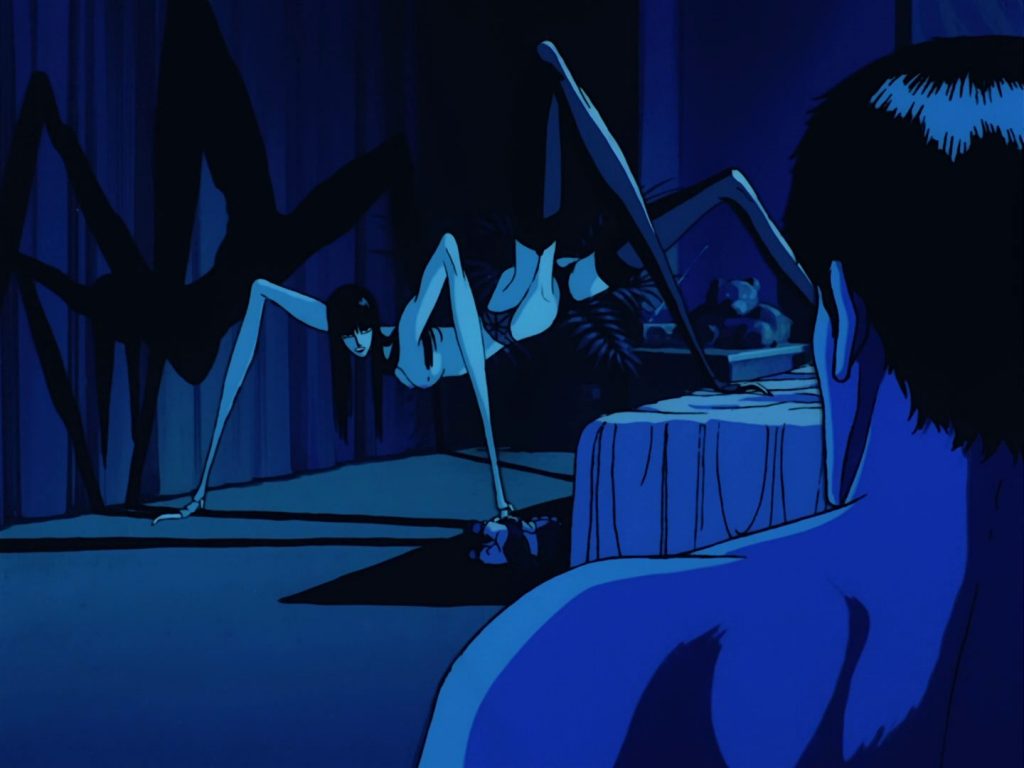 Renzaburo Taki (Yusaku Yara) works part-time as a Black Guard, protecting humanity from the demons who inabhit a parallel world. With a peace accord due to be signed between the humans and demons, he is assigned to protect a 200-year old demon named Giuseppe Mayart (Ichiro Nagai), a key player in the process. Alongside Renzaburo, a demon woman named Makie (Toshiko Fujita) is also tasked with ensuring Mayart’s safety. Demons unhappy with the peace accord soon appear to disrupt their plans and Renzaburo and Makie must fight for their own survival.

An exploitation film packed with violent action, nudity, and grotesque creatures, “Wicked City” is a lot of fun from start to finish, rarely letting up in its fast paced, often tongue-in-cheek, plot that takes a number of twists to a thrilling finale. Directed by Yoshiaki Kawajiri from a screenplay by Norio Osada, “Wicked City” is a gothic fantasy with dark themes of sexual violence and gruesome action. The film’s plot is relatively straightforward, allowing for some incredible set-pieces. The blend of crime thriller and dark fantasy is hinted at in the opening sequences that talk of a shadowy underworld beneath the city of iron and concrete. The character designs feature elements familiar to students of demonology, with the spider-woman being a particular highlight. The film does an incredible job of creating an eerie atmopshere, with nightscapes and bleak underworld locales befitting the grim tone. Sex features heavily in the film and although partially relevant to the plot the film clearly plays on the exploitation genre, with copious nudity and a depraved sequence of rape also depicted. Sex is something both beautiful and dangerous, erotic and terrifying at the same time. This ties into one of the key themes of the film, that of balancing light and darkness in the human heart and society.

The darkness and demons of the otherworld are suggestive of humanities own struggle with the nature of evil. Although the world has modernised, and societies have built glistening skyscrapers, we are still beset by these ancient urges and horrors that lurk just out of sight. In the relationship between Renzaburo and Makie the film suggests that confronting and even forming a relationship with our darker natures may be not only inevitable but desirable. Mayart’s crude suggestion that sex with demons is better than anything that can be experienced with humans may also point to this idea that what humanity is striving for is a form of self-actualisation, to truly know ourselves, both light and dark. A film that is sure to please fans of exploitation horror and over-the-top 80’s action.