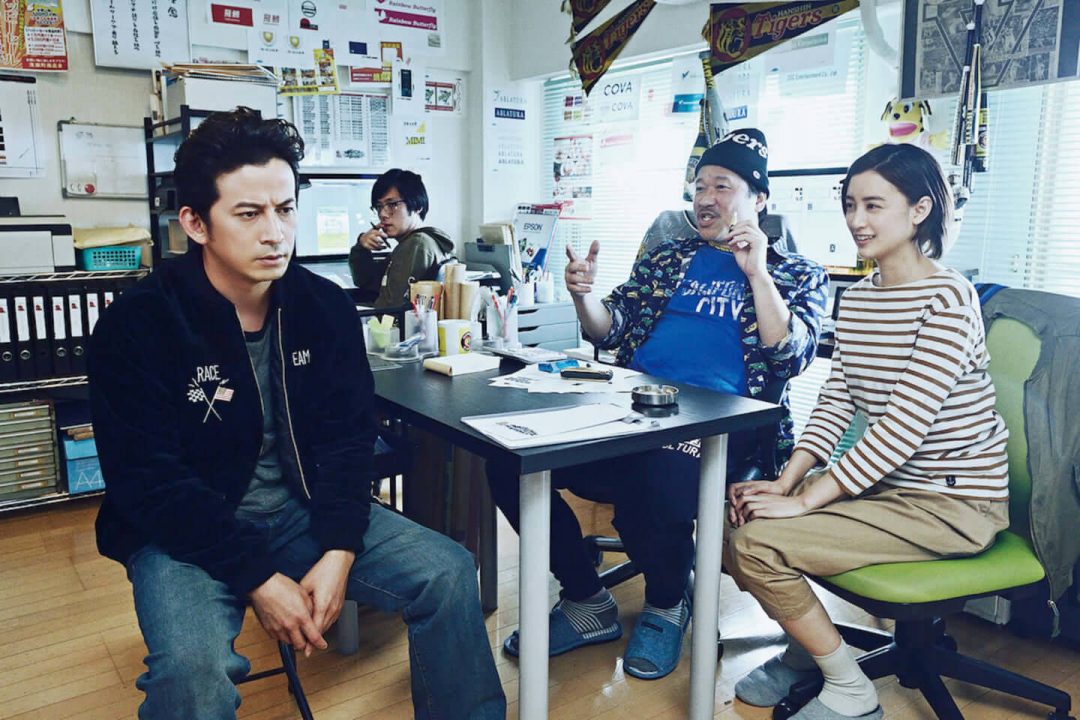 Following on directly from the first “Fable” film, we find the legendary hitman (Junichi Okada) living under his secret identity of Akira Sato in Osaka, alongside his associate posing as his sister (Fumino Kimura). He is still working at the design company alongside Misaki (Mizuki Yamamoto) and Kainuma (Masao Yoshii). Sato’s past comes back to haunt him in the form of Utsubo (Shinichi Tsutsumi), a former target who is now running a non-profit organization for disadvantaged children as a front for his criminal activities. Four years ago Fable took down five members of his group, but was called off killing Utsubo himsel. Utsubo is out to avenge his brother’s death. Sato is also reunited with a young woman, Hinako (Yurina Hirate) who he saved from the gang, but whose spine was damaged in the rescue.

“The Killer Who Doesn’t Kill” is an enjoyable follow up to the first film, delivering the same mix of action and comedy. The first film had its problems with uneven tone and pacing, neither of which are fixed here. Essentially this sequel succeeds and fails in all the same ways as the previous film. The film recycles several weak gags, such as the Jackal Tomioka and hot food elements of Fable’s character, and again the odd blend of slapstick alongside genuinely gruesome killings and abuse is often hard to reconcile. The opening action sequence is incredible and there are some highly entertaining and inventive action moments, with use of extreme slow-motion to show Fable’s incredible reflexes. The film often seems at a loss when outside of these action moments, struggling to know exactly what to do with the characters, who are largely stereotypical action heroes or villains. The story of Hinako is a welcome addition, adding some much needed emotion and the way the characters backstories are intertwined is interesting. This time there is far more of a connection to Fable’s past and therefore it feels far more meaningful. Yoko is also given more to do in this film, showing her own martial prowess.

Fans of the first film will enjoy this and it delivers some fantastic fight scenes and action. It is hard to see why they wouldn’t simply go for a straight-up action film, retaining some of the better character-led comedy while removing the sillier elements. It’s a missed opportunity as taken individually there are some incredible scenes, but it often feels like two distinct films spliced together, one an ultra-violent and stylish underworld thriller and the other a wacky comedy. Overall, the film is an improvement on the first and certainly has elements to recommend it despite its flaws.