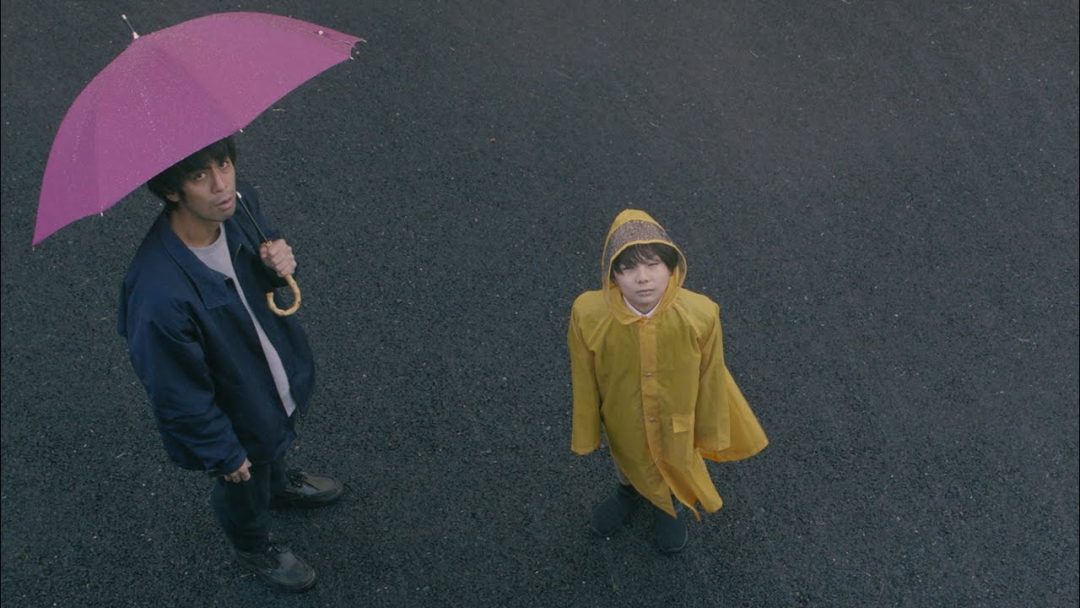 A sombre drama about loss and dementia. Takaaki’s (Shinsuke Kato) is left to look after his elderly parents after his brother Kento dies in a car accident. His father Tadayoshi (Choei Takahashi) has dementia, often wandering off, calling Takaaki by his brother’s name, and forgetting what he is doing; while his wife Machi (Kazuko Yoshiyuki) does her best to care for him. When a new family, the Kusumotos, move into their apartment block, tragedy strikes when the father is fatally injured by a falling flower pot, leaving his wife, Akari (Misa Wada), and young son, Sota (Ruse Ota), to cope with his loss. Takaaki begins to suspect that it may have been Tadayoshi who dropped the flower pot, although his father shows no signs of remembering the incident. Takaaki attempts to protect his father by lying and terminating the contract of his home helper, Satomi (Honoka Murakami), who is also suspicious.

Written and directed by Yusuke Okuda, based on personal experience of a family member with dementia, “Somebody’s Flowers” is an often touching and tragic drama that looks at a serious social issue. The depiction of Tadayoshi’s condition is sensitive while tackling the strain it puts on his wife and son. Choei Takahashi’s performance as the elderly Tadayoshi, with unsure steps, repetitive statements, and absent expression, capture the peculiar vulnerability of those suffering memory loss. The rest of the cast, Kazuko Yoshiyuki as his loving wife, and Takaaki as his morally conflicted son, whose feelings towards his father move from exasperation to concern, do a fantastic job creating a sense of a family unit doing their best to carry on after the death of Kento and the deteriorating condition of Tadayoshi. The film’s inciting incident, the death of Akari and Sota’s father and husband, gives the film a semblance of plot, but for the most part it is a more documentary-like exploration of these characters and their experiences. The scenes at the grief councelling group consolidate this documentary style as the participants give their thoughts on bereavement. “Somebody’s Flowers” leaves the audience to decide where they stand on the issues presented, particularly concerning the guilt of Tadayoshi, while creating scenes that brim with emotionality. The direction and framing heighten the impact of each scene, with an emphasis on character viewpoints guiding the audience through and offering varied perspectives on what has happened. The minimalist score breaks in rarely to set the scene, but never undermines the realism of the story. A scene late in the film, in which Tadayoshi believes he is talking to his lost son Kento, and encourages Takaaki to speak with his brother, is effecting in its simplicity and again succeeds on the strength of the main cast, capturing the complex emotions of the characters.

“Somebody’s Flowers” is a film in the vein of Koji Fukada’s “Harmonium”, dealing with a difficult social issue, with a story that doesn’t attempt to sensationalise or rationalise on behalf of the characters. We are presented with a situation that engenders sympathy for the protagonists, struggling with dementia and taking care of someone with the condition. It asks difficult questions about guilt, blame and responsibility, loyalty, loss and forgiveness. In the case of Tadayoshi he is incapable of taking responsibility for his actions, almost childlike in his innocence and unconscious of his own actions. In the survivor’s group we see people still struggling to forgive the perpetrators of the accidents that took their loved ones; while Takaaki must contemplate the possibility that his father is a murderer (albeit unwittingly). “Somebody’s Flowers” creates a powerful emotional drama about death and dementia that asks the audience to consider their own feelings on the issues it raises.