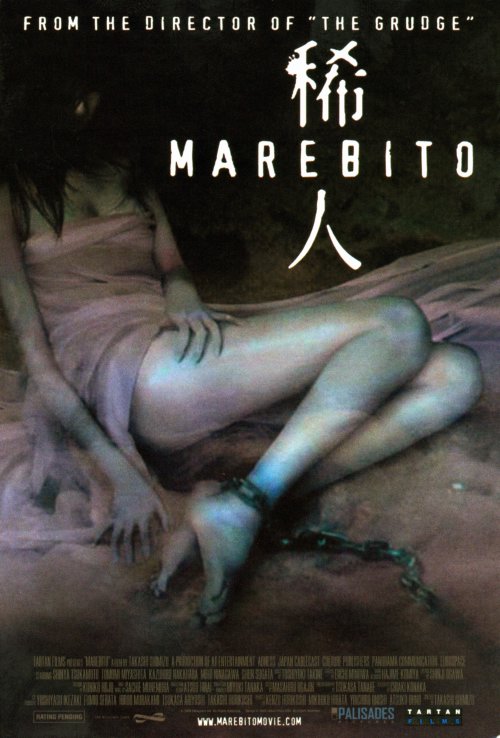 When a freelance cameraman witness an unusual suicide in an underground passage he begins a dark journey to find the source of that man’s terror. His journey takes him to a strange subterranean tunnel system, which he believes is the netherworld. There he finds a young woman, or what looks like a woman, whom he takes back to his apartment. As he tries to take care of her things get stranger: she only drinks blood; he is followed by mysterious strangers, and it seems his sanity is crashing around him.

The film is all about creating an unsettling atmosphere. It is not particularly terrifying, but it is certainly an interesting blend of fantasy and psychological horror. There are references to Richard Shaver and deros which might be unfamiliar to some, but I think this adds to the film’s charm. Following the success of Ju-on, director Takashi Shimizu takes a step away from the traditional ghost story to attempt something different. For the most part it’s successful, though it provokes more curiosity than fear. Very simply shot with lots of handheld camerawork, and a suitably ominous sound.

The film is an exploration of fear and madness reminiscent of early twentieth century science fiction and horror novels, with something unusual lurking just beneath the surface.