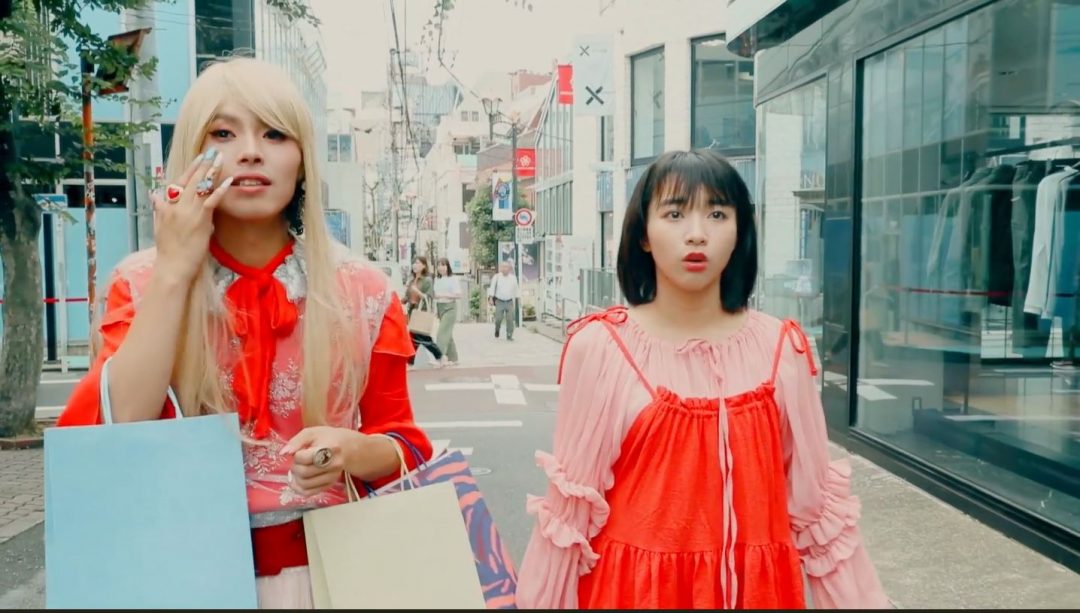 Following her mother’s death, 16 year old Ai Shimizu (Akane Sakanoue) lives with her overbearing and overprotective father. He won’t allow her to wear skirts or short sleeves, go to parties, and has implemented a strict 6pm curfew. Ai is told to spend her time studying or reading, forgoing the usual fun extra-curricular life of a middle-schooler. When she bumps into the transgender Seiko (Hisao Kurozumi), she discovers a new world of fashion and make-up. Seiko becomes like a surrogate mother to Ai, teaching her to have fun and to be herself. Ai is also fending off the affections of a new classmate, Ryo Nagai (Ryo Matsumura), whose backwoods brusquness she finds offputting.

“Lovely Little Ai” is a fun comedy that is helped immensely by the charm and energy of its lead. Sakanoue’s expressive performance is engaging and entertaining and she acts not only as protagonist, but narrator and guide through the story, with several to-camera moments and her commentary on what is happening. Hisao Kurozumi’s Seiko is also a likeable character in her motherly affection for Ai and the two play well off each other, both comedically and dramatically. The character of Ryo seems somewhat out of place in the film, offering little to the story and being so bizarre in his mannerisms as to be almost distracting. It would have been better to focus more on Ai and Seiko’s relationship, which is the majority of the film, rather than have this extraneous subplot. While the film is for the most part a knockabout comedy, with Ai’s clumsy, forgetful nature providing plenty of humour, there are darker elements. The death of Ai’s mother, her difficult relationship with her father, and most prominently the homophobia faced by Seiko at the hands of their own father. This is an element that sometimes sits uncomfortably with the surrounding gags as we see flashes of Seiko’s past, being bullied and berated by their father for an interest in lipstick and fashion magazines. Again it would have been interesting to see some of these issues being made a bigger part of the story, as the scenes between Ai and Seiko, acting as daughter and surrogate mother are the most powerful. The film is brightly coloured, with kinetic direction, and a comedy score that underlines the silliness of much of the narrative. This makes the darker moments all the more poignant, but occasionally gives you whiplash with the rapidity it wishes you to suddenly engage emotionally with the characters.

“Lovely Little Ai” is a film about being yourself and standing up for your right to be who you want to be. Both Ai and Seiko suffer at the hands of conservative fathers, restricted in what they can do and who they can be. There is a subtext here of suffocating societal norms, not only gender roles but a reflection on modern families and moving away from the traditional family to a more positive, inclusive view of human relationships. Together Ai and Seiko form a bond that celebrates their freedom and individuality. Overall, the film is an enjoyable affair, helped by the charisma and chemistry of its leads, but it struggles a little in creating moments of genuine emotional reaction amidst the silliness. Standout performances from Akane Sakanoue and Hisao Kurozumi nevertheless make it a fun watch.