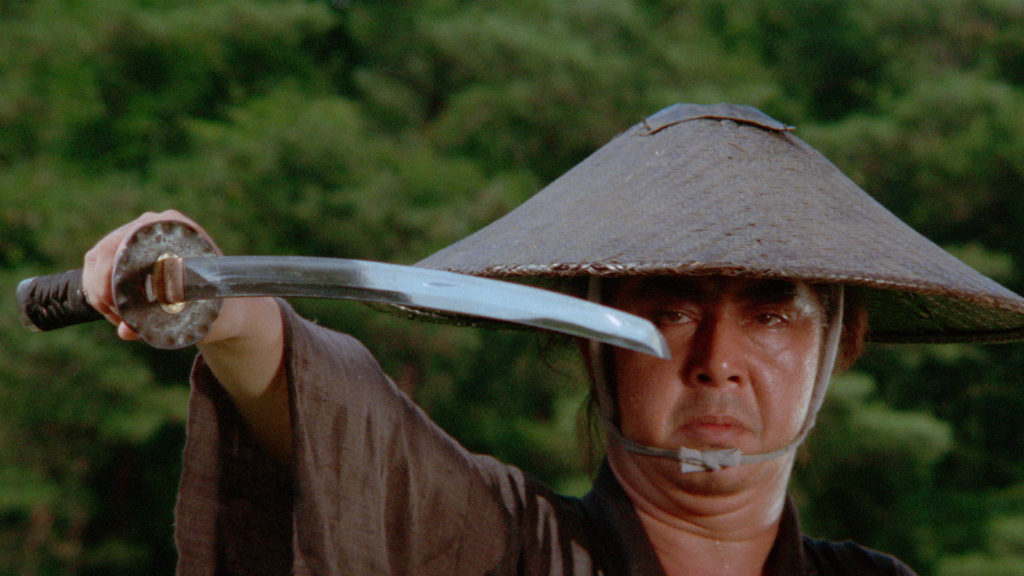 Itto Ogami and his son Daigoro continue their lonely journey through feudal Japan finding employment where they can and attempting to protect the helpless. In this third instalment of the series it seems the story has hit its stride. The pace seems a little slower than in the first two movies and the various incidents a little more episodic than before. We see Itto take on a fellow samurai, protect a young woman being forced into prostitution, meet an old enemy, take on an assassination mission, confront a vast force of soldiers, and again come face to face with his enemy the Yagyu clan. Much will be familiar to viewers of the earlier films, with rape, violence, swordplay and more of Itto and Daigoro’s farther-son interaction. There are a couple of scenes which set this film apart. One of these is the torture sequence, where Itto agrees to accept the punishment that should be meted out to the runaway prostitute. The special effects work is exceptional and you see the inner-strength that is driving him on through adversity as well as his absolute dedication to the way of the samurai and protecting who he sees as the wronged party.

The Lone Wolf and Cub films were all made in a short space of time with the same writers and director and as such it is perhaps easier to see them as one epic story rather than individual pieces. It is an episodic work that really needs to be appreciated as such. This film certainly keeps up the quality of the first two while settling into a familiar rhythm of theme, character and tone. The beginning of the film sees the two boarding a boat to travel downstream, while it ends with them walking off into the distance. While there is a somewhat definitive ending it is clear that this is intended as a continuation of and connection to the films before and after.

Another classic of the genre, the film features some of the clearest discourse on the samurai spirit as well as upping the ante on the action and violence in the final battle sequence. A worthy addition to this great series.