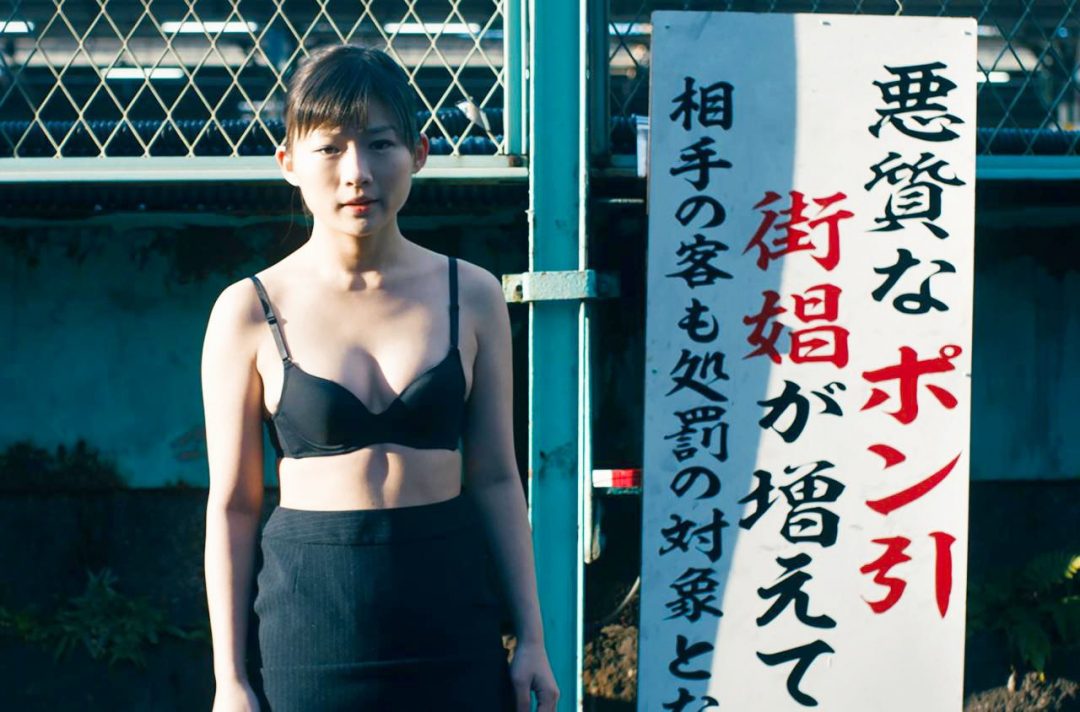 A group of young women working at an escort agency attempt to come to terms with the lives that have brought them to this point. Kano (Sairi Ito) runs out on her first client, deciding to work at the company “Crazy Bunny” as a general staff rather than an escort. She gets on with most of the other women, feeling the same sense of failure and societal pressure that has led her to this job. The large group of employees include number one girl, Mahiru (Yuri Tsunematsu), manager Kawashima (Hanya), driver Ryota (Tanaka Shunsuke), quiet Chika and old-timer Shiho (Reiko Kataoka). A new girl Riyu (Tomoko Nozaki) clashes with the strong-willed Atsuko (Aimi Satsukawa), and Hagio (Dai Ikeda), another male employee deals with his own relationship issues.

“Life: Untitled”, written and directed by Kana Yamada (who adapted the story from her own stage play), gives us a glimpse into the lives of women employed as escorts, or “Delivery Health” workers alongside the mostly male staff. The film largely consists of conversations between the main cast, complaining about customers or their work, or arguing with each other. The actual work they do is only mentioned, which allows us to explore the psychological and emotional toll their work takes on them. There is no plot to speak of, but certain thematic ideas connect the characters. Again their backstories largely go unmentioned, and there are many things in the film that are there to be guessed or inferred from contextual or behavioural clues. The incredible ensemble cast do a great job at building believability in their characters and interactions, feeding of each other’s energy. Given the number of characters, their screen time is sometimes limited, and some characters have only small roles, but their performances and script make their interactions the highlight of the film, especially the meaningful conversations between Kano and Shiho, or Mahiru and her sister, played by Serena Motola. Sairi Ito gives a nuanced performance, both emotional and comedic in her role as a young woman trapped working at an escort agency without the benefit of making the knd of money the others are earning. Yuri Tsunematsu also provides a strong focal point in the film, her apparent sublimation of her own will to the job occasionally cracking to show a woman whose anger against society drives her on in spite of how she is perceived by others.

While the tone is mostly downbeat, with characters having little hope of their situations improving, and coming to realise that they are considered as the lowest of the low in society, there are lighter moments, with character based humour occasionally pricking through the depressing atmosphere. These include the arrival of a new older woman to the agency, who seems completely ill-suited to the job and showing the more ridiculous side of this work. Yamada’s direction brings us into the story, creating a lived-in feel to the “Crazy Bunny” office space, and moving along with the characters without distracting from the action. The roots of the theatre play are still on display here, with the characters in largely single environments and the focus on script and performance rather than action.

The film’s lack of a plot and downbeat outlook on life might be offputting for some, but there are things to enjoy here. The performances from the whole cast are fantastic, drawing on each other in certain scenes to create some powerful moments of drama and tension. The depiction of sex work, although largely referenced rather than shown, is not one of empowerment but reduction of these women to a single function, and reducing human relationships to a transactional process devoid of emotion. Two major themes run through the film. The first is one of the inability to form human connections in a world based on transactional, largely monetary, relationships. The women at the agency are there to be hired out by men for various sexual favours. Shiho discusses how she broke up a family; the women’s sense of value and their own worth is distorted by their job; and Hagio and Ryota also both struggle to find love, burdened with the gap between expectation and reality. As with much of the film the themes are suggested rather than explicit. We can see how the commodification of sex has led to a warped sense of values amongst the characters, who cannot distinguish genuine emotion from transactional value. There is also an existential thread running through the film, with characters wondering what they are doing with their lives and whether human society is more than the lust and avarice that drives individuals.