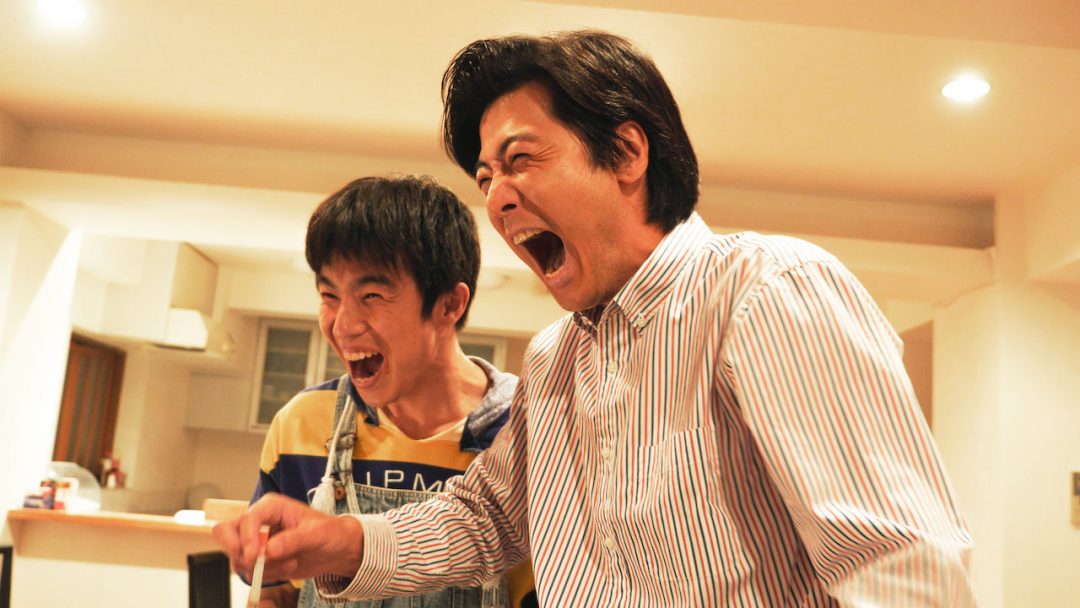 A dramatization of the early career of Jimmy Onishi, a popular comedian and painter. An early talent for baseball ends in ignominy when young Hideaki Onishi (Akiyoshi Nakao) is dropped from the high-school team. Despite being a great player his lack of intelligence leaves him unable to understand or calculate the hand signals from his coach. His underwhelming academic skills see him leaving school having failed every subject and joining the Yoshida theatre, where he is employed as a sort of gofer for the comedians. After an encounter with Sanma Akashiya (Tetsuji Tamayama), one of the theatre’s top performers, he is brought into their circle where his stupidity turns out to be a boon, making him naturally funny and an indispensable member of the cast. Jimmy has no interest in becoming a comedian, but soon finds himself on stage performing. Lacking any other discernible career options, Sanma decides this might be the best for him. His life takes a second unusual turn however when he’s asked to produce an amusingly bad painting for a television show sketch. His work ends up being highly valued and he finds himself with a new life as a painter.

Fans of Jimmy Onishi will find a lot to enjoy in seeing how this unlikely star made his way onto television. It is hard to know exactly what is true and false as the drama is somewhere between a sitcom and a biopic, with many scenes played for laughs (usually at Jimmy’s expense). The show was produced by Sanma Akashiya, with the roles played by actors. Jimmy, played by Akiyoshi Nakao, often appears more like a caricature, cartoonishly idiotic and devoid of self-awareness. The same is true of Mr. Okure (Seiji Rokaku), while other characters, including Sanma are portrayed with more depth. Through the silliness the show manages to be genuinely moving at times, particularly in the heart-to-hearts between Sanma and Jimmy when he tells him about being bullied, or when Sanma is giving him life and career advice. It is clear that their relationship is something special and this is also apparent when the real people appear on screen. Each episode is bookended by a short conversation between Sanma and Jimmy. Being honest, these sections are usually funnier than the show itself, stripped of the clowning of the actors. It is more amusing to hear them tell these stories (I guess that’s to be expected given they are practiced comedians) than to watch the parody version of the show. They usually explain how close to reality the episodes are and you can feel the warmth between them. Overall, an enjoyable comi-drama detailing the unexpected and incredible rise to stardom of an unwitting and often unwilling buffoon.