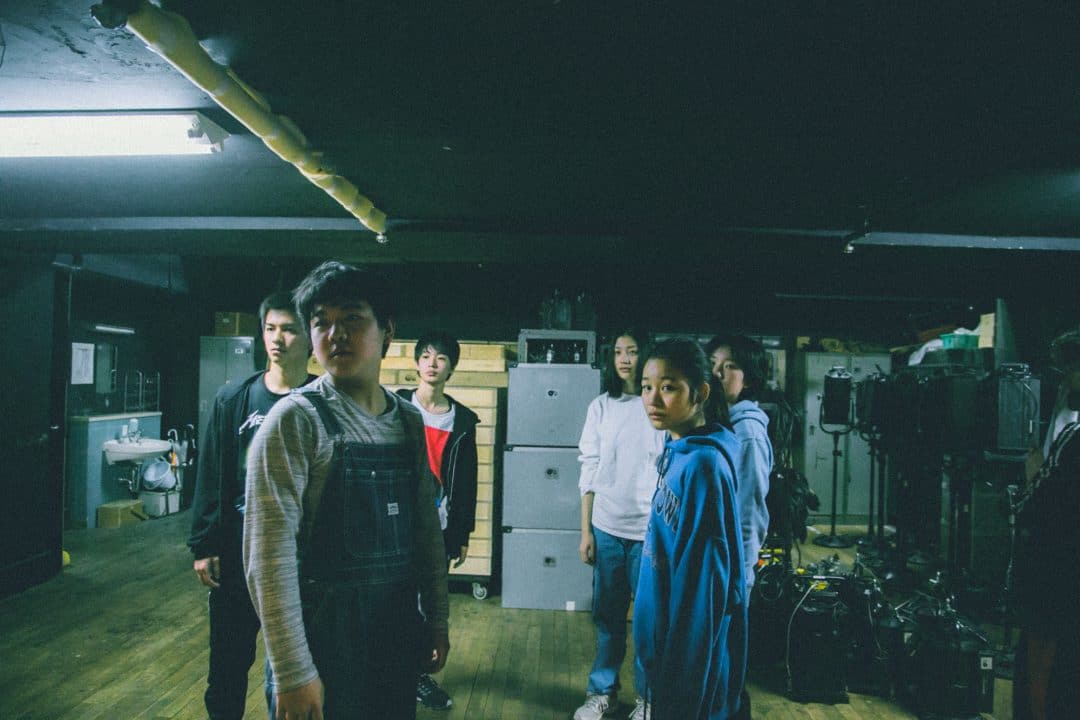 Ice Cream and the Sound of Raindrops (2018) by Daigo Matsui

A theatre troupe rehearse in a small drama workshop for a play. As they work through their lines and several of the scenes, the film switches back and forth between the actors preparing themselves, performing and hanging out with one another. Further blurring the lines between reality and fiction, the characters they are playing are given their own names. Kokoro Morita is the lead in the play (and the film) and we learn more about her character through her interactions with her brother Yuzu, boyfriend Taketo (Taketo Tanaka), and best friend Reiko (Reiko Tanaka). Although Kokoro is the lead she seems alienated at times from the rest of the group and struggles with confidence, often being told her performance is not good enough, or that she needs to emote more. As the film progresses, the two stories, both of the play being rehearsed, and the rehearsal period itself, intertwine and build to a dramatic conclusion.

Writer and director Daigo Matsui runs a small theatre company and his love of the art of drama is captured here beautifully. The film takes place over one long take, with simple staging, and relies on dialogue between small numbers of the actors to tell it’s story. Along with the hand-held camerawork this presentation gives the sense of a theatre production and takes us right inside the action. It blurs the lines between art and life, not only having the characters take the names of the actors, but also in the way that there is little distinction between what is ‘performance’ and what is ‘real’. The film changes to a widescreen aspect when they switch to theatrical mode, to emphasise the notion that this is acting, however it becomes apparent that there is very little dividing the trial run performances of the characters and their own emotions. The film goes out of its way to create this sense of theatrical alienation, by having a guitarist and rapper duo appear at various points almost as a Greek chorus to echo the themes of the drama. Their seeming omnipresence is one example of the film toying with the notions of art and life as reflective of one another. The performances of all of the actors in the film is emotional and poignant and you find yourself completely immersed both in their own stories, and in the play despite being fully aware that it is theatre. In particular, Kokoro Morita, who is in almost every scene and whose character builds with each moment, is incredible in the nuanced role of the young actress. The switching back and forth between the two styles, one melodramatic and one realistic, showcases an exceptional talent. The direction and staging are crafted so elegantly to build the sense of a real world around the action without drawing attention to the skill on display. It is thoroughly captivating and only in hindsight do you realise the effort required to achieve the effect of many of the transitions from scene to scene. In the latter half of the film the action moves out of the theatre into the damp, rainy streets, and later to a theatre, so smoothly that you are completely swept along with the characters in a way that feels entirely natural.

“Icecream and the Sound of Raindrops” is a film that ruminates on the idea of art as a reflection of life. In the performances of the cast we see people who are dealing with genuine emotion, albeit in a constructed reality. The scripted dialogue is representative of something real, and likewise the real world is also to an extent portrayed as performative. The relationships we form with others are no more than a stage play for our own benefit. As the film progresses we come to understand that these actors are constantly involved in performance, whether knowingly or not, but without the prospect of an audience seeing it. This metaphor for life, that of a performance going on without an audience, is one that the film captures perfectly. Matsui seems to be questioning the purpose of art, theatre, film, in a way that is entertaining yet nevertheless has a melancholic undertone. The ending suggests that art has a powerful significance in human life and culture, both helping us to understand trauma and reflect on our experiences; and also that life itself is a performance perhaps in turn inspired by our internalisation of the same art we create.