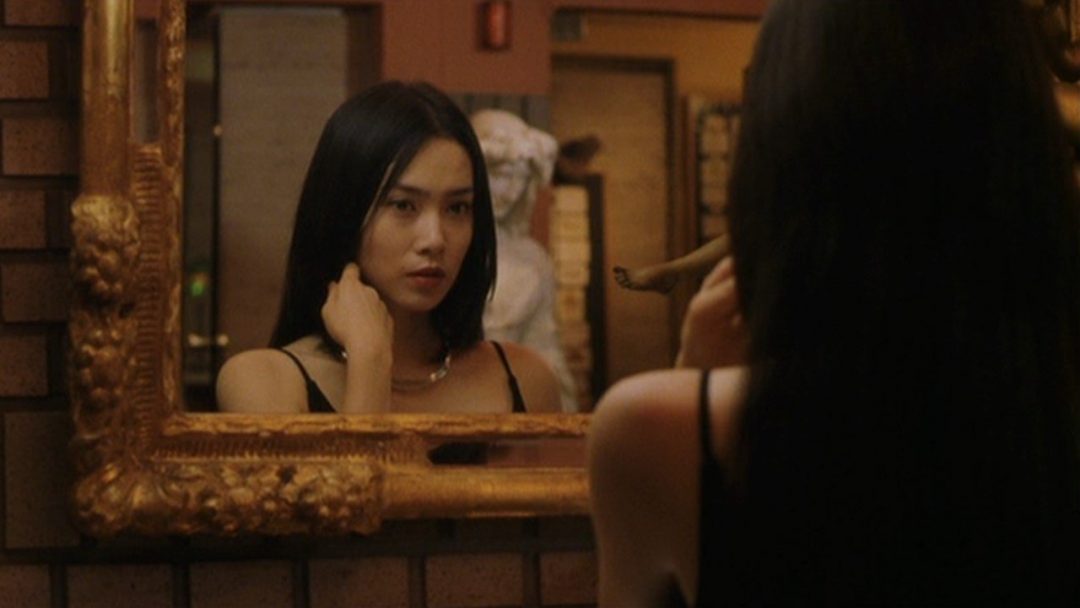 It is hard to describe the plot of “Chaos” without giving away the twists and turns that enliven the plot. The film revolves around Komiyama (Ken Mitsuishi), a company president, his wife Saori, his mistress Satomi (Miki Nakatani), and a handyman (Masato Hagiwara) who is believed to have kidnapped Komiyama’s wife. On returning to his office after a lunch with his wife, Komiyama receives a call from Kuroda (Masato Hagiwara), to say his wife is being held hostage and he wants money for her release. All is not as it seems however and the film constantly wrong-foots the audience by showing that many of the players involved in this plot know far more than they are letting on.

The film is directed by Hideo Nakata, who is best known for his horror fare and who brings that same sense of creeping dread to this crime thriller. “Chaos” features a relatives small cast, largely consisting of the three central protagonists and two police officers who are called in to investigate the disappearance of Komiyama’s wife. The performances, particularly of Masato Hagiwara and Miki Nakatani are excellent, playing roles within roles as they deceive others around them, with double-crosses and backstabbings the order of the day. Satomi and Kuroda’s relationship remains in question until the end of the film. The story by Hisashi Saito (who also worked on Shinya Tsukamoto’s “Tokyo Fist”) perfects the crime genre, with the tightly wound plot unravelling slowly with each new revelation. There is also some fantastic foreshadowing that comes in to play later, laying out clues for the audience, but always leaving them one step behind the characters. The film plays the same trick several times: setting up a scenario then showing either one or other of the protagonists to be lying about their actions or motivations, but it works each time and lulls the audience into an acceptance of expectation rather than closure, with each new piece of the puzzle rasing more questions. The peculiar score by Kenji Kawai is a mix of percussion and chime, slightly lilting and off-kilter suggestive of the notion that not everything is as it seems in the story.

“Chaos” is a film about control and manipulation. This is best represented in the scene in which Kuroda binds his captive, a frisson of sexual tension passing between them as she gives herself over to him. The narrative builds on a series of turns in which it is revealed that the people we thought were powerless are in fact playing the other characters; the people presumed to be victims turn out to be perpetrators. An enjoyable crime thriller that maintains tension throughout by slowly untangling a web of lies surrounding the protagonists.