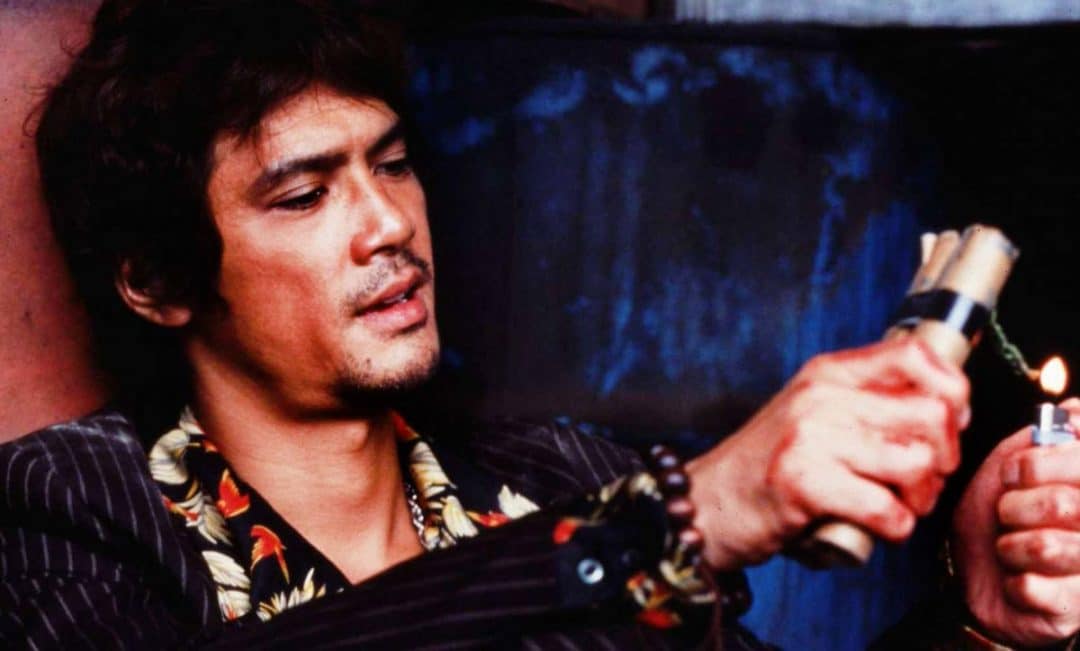 An underground rivalry spirals out of control in this thrilling yakuza tale from a master of the genre. Two rival gangs, the Shirane and Yokomizo groups find themselves locked in a tit-for-tat struggle following the death of one of their members. Things escalate when the heads of the groups are targeted. All of this is part of an audacious plot to take over the groups and see them affiliated with the larger Tenseikai syndicate.

With his “Black Society” and “Dead or Alive” trilogies of the nineties, Miike established himself as a director with a unique style, with often bloodspattered and extreme stories of violence. “Agitator” owes more of a debt to the former than the latter, something akin to a modern day “Yakuza Papers” in its complex hierarchies and increasingly dangerous vendettas, albeit with fictionalised Yakuza families. At the heart of the film is the rivalry between Shirane and Yokomizo gang members, that gives the audience larger forces to split up the large cast of characters. Much of the narrative involves plotting and manipulation by the higher-ups of the yakuza, punctuted by the violence carried out by their underlings. A few characters do fall by the wayside and there are relationships that are underdeveloped. Miike has a fantastic eye for blocking and framing scenes, using inventive camerawork to enliven what would otherwise be tedious scenes of exposition.

“Agitator” deals with themes familiar to many yakuza films: the shifting line between honour and duty; the cycle of violence engendered by revenge; and the hierarchical nature of criminal gangs, and by extension society, that sees people suffering at the whims of their superiors. The film is a sprawling gangster epic with excellent performances and a plot that keeps upping the ante with every twist and turn.